Before I accepted I had a mental illness, I used to compare myself to everyone else’s accomplishments. They were graduating from college while I re-enrolled for the third time after withdrawing. They were getting engaged while I had never been in a serious relationship. They were finishing a marathon while I was just learning to stand on my own two feet. That’s how it always felt.

Then, I realized I had a lot to be proud of considering everything I’ve been through. Some people mind consider these things “small,” but they’re still major accomplishments for me I should be proud of. Here are eight of the most important things I’m proud of.

So, maybe a lot of my friends accomplished this at sixteen, but once I got my diagnosis, I wasn’t able to work without going into crisis mode. Now, I’m working full-time while going to school full-time. For me, that’s a huge deal.

Part of bipolar disorder means being impulsive, so when I enrolled in school and changed my major for the sixth time, I honestly didn’t know if I’d finish or switch majors again. A year and a half later, I’m almost done with my program and thriving. Oh — and I haven’t dropped out (although I’ll admit that I have wanted to a few times!).

3. I get out of bed and take a shower, even when I feel like I can’t do anything due to being so depressed.

Sundays are my “productive days” where I clean the house, do my homework and work on my business. However, when I’m deeply depressed, I don’t want to do anything. My body feels like a dead weight and I physically feel too tired to move. But nowadays, I try not to let that stop me from getting out of bed and doing what I need to do — including taking a shower. That in itself is a lot of progress.

4. I take my meds every single day.

Another huge challenge for some people with bipolar disorder can be the tendency to impulsively go off prescription meds. I know I have quite a few times — all of which resulted in hospitalizations due to my symptoms returning. Today, I realize that my meds are why I feel better; they’re why I’m so stable. I’m proud to say I haven’t gone off of them for three years now. I’m even prouder to say that in those three years, I’ve missed fewer than five doses. If you talk to a patient who’s on medication, they might also tell you what a big deal that is.

For years, I never wanted to tell people when I was upset due to the paralyzing fear they’d get mad at me and leave, and that ended a lot of really good relationships. I lost a lot of friends because when I didn’t vocalize that they upset me, I became resentful. Now, I’m able to bring those things up. In fact, I love bringing those things up, because I realized it makes me feel better to talk through it. Having that skill really is life-changing.

6. I stopped the cycle of self-sabotaging whenever I get scared.

I remember always doing so well in my recovery, then unconsciously self-sabotaging, because happiness scared me. I was familiar with my mood episodes to the point where they were comforting, so being stable was a really scary thing to experience for the first time. Eventually, I had to get over it and decide enough is enough. I had to learn to cope with the discomfort of new things that I might not be familiar with. I don’t like change, but now I can handle it.

7. I know (and accept) my limits, meaning I no longer put my mental health in jeopardy.

I remember when my friends would call me at 11 p.m., asking me to come out, and even though I knew I’d be manic if I stayed up that late, I did it anyway. However, the bipolar disorder cycle gets tiring, and eventually, I realized I couldn’t do that if I wanted to be stable. So now, I respect that I can’t do things most other people can. I can’t stay up until 2 a.m. due to needing a regular sleep schedule. I can’t procrastinate, because when I do, my anxiety catches up with me and I go into crisis mode. I’ve accepted I have limits.

While no one likes to admit they were once “toxic,” I will openly share that I was. I didn’t know how to ask for what I needed, so I manipulated people. And what’s harder to admit is I was really good at it. But that’s not who I want to be. So, I’m not anymore. It took a lot of time and a ton of hard work, but I’ve become someone who’s healthy to be around. That’s a pretty big deal to me.

I’ve come a long way from the person I used to be, and I’ve realized that’s something to be proud of. These accomplishments are proof that life does get better. Life does go on after a debilitating mental illness. And I’m really glad I stuck around to see it. 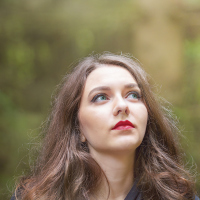