Two weeks ago I sat in my therapist’s office for the last time. It was a day I had mentally prepared for by reminding myself she was moving, not abandoning me on purpose, and that she was willing to walk alongside me and support me for a little bit longer until I found a new therapist. Part of me expected myself to fall apart but instead, we laughed and joked. As I left that afternoon, I pushed away slightly when she hugged me goodbye because I knew I would cry if I touched her for a second longer. With a happy wave, I walked out the door and went right back to my daily life as if nothing had happened.

I was doing great; the setback I had prepared for seemed like it would never happen. A week went by and a holiday approached but still, I was upbeat and positive. I went to my first visit with a new therapist and then a second. But somewhere in-between the dreaded holiday and a third visit, I emotionally slammed into a brick wall.

All the work I had done to protect myself and prepare before our last session together fell apart. I felt abandoned and betrayed. My friends asked how I was doing, mentioning my therapist by name, and my heart painfully tore into pieces. Part of me wanted to lash out in anger, yelling about how she left on purpose when she knew that I was literally falling apart at the seams. Another part of me wanted to slink into a corner and just stay there, feeling unworthy and unwanting of anyone’s attention. A third part of me questioned if I ever really meant anything to her or if I was just a paycheck. My thoughts were irrational but I didn’t care.

Day-by-day, I fell further apart, ashamed to tell people how poorly I was doing because it’s just a therapist. Very few people would understand the role she played in my life and how, for the first time in years, I had truly trusted someone else. I walked through abuse and pain again with her by my side. I relived horrible traumas as she guided me back to a better place. She was more than just a therapist.

Then, my worst fear in the changing of therapists happened: I hit a crisis and I didn’t know where to turn.

I had a new therapist I had been trying out but I was weeks, if not months, away from trusting her. I wasn’t even sure how she wanted to be contacted in her off-hours and I didn’t feel safe letting her know the darkness of my thoughts.

My old therapist had told me I could call her and she would do a phone session, but I was falling apart because of her, and talking with her would have made that worse. In a cruel twist of fate, I bumped into her in public. Shame flooded my system, causing me to ignore her smile and run away as if I didn’t see her. The crisis level rose another foot or two, confirming to me that a phone session with her wasn’t possible.

At the point of not knowing where to turn or how to get help, I started to blame the months of therapy for the crisis I was in at that point. If I would have just stayed in the bad place I was in months ago, I wouldn’t be in a worse place now — or so I tried to convince myself. If I didn’t understand how poorly my mental health was on that day, I wouldn’t need help and I wouldn’t be panicking — or so I thought.

In that spot of not knowing where to turn or what to do, I made a poor decision. I decided to stop therapy altogether. Stopping therapy for me means I will get into the dark place that some don’t make it out of, and I knew that. I spent a day mourning for what I would miss out on in life when I got to the place where I couldn’t make it any further. Part of me mourned for the positive changes in my life that I wanted to see come to fruition. I was giving up on how I wanted to change and accepting my broken past as my short future.

I canceled my appointment with the new therapist and told two friends I was done with therapy. One of them immediately knew the darkness of my thoughts and called me out on it, but I stood firm in my decision. I wouldn’t let anyone hurt me again; I wouldn’t let a new therapist close enough to destroy me. The steel walls around my life were going to be resurrected because I was too broken to let them down again.

But my plan to abandon it all and slowly give up didn’t work because I realized how loved I am. Friends were begging me to go back to therapy because they love me. My husband spent days taking care of me and the kids as I fell apart because he loves me. My daughter saw my sadness and gave me a handwritten note telling me how much I meant to her because she loves me. A friend sat with me in my suffering and told me how much this sucks because they love me. No one tried to belittle me or stop my grief but because they love me, they were dedicated to walking alongside me as I went through it.

My old therapist had picked up emergency crisis calls in the past and spent hours reading my rambling emails because she loved me. And she offered to help me and walk with me as I find a new therapist because she still loves me.

The greatest victory in all of this is that I was hurt. That may not make sense, but because I let someone new into my life and I let them love me, I was able to be hurt. For a trauma survivor who knows abandonment and deep pain at the hands of people I loved, letting someone new into my life and trusting them to love me was a huge victory. I learned that love doesn’t always end in traumatic pain. Love hurts sometimes but it doesn’t mean that it’s a failure or a betrayal. Love hurts because we chose to let people into our lives whom we love and who love us in return.

This is hard. This sucks. But I am loved. That’s why I rescheduled the appointment with the therapist I’m trying out — because there are people who need a healthy form of love and I need to be there to offer it to them, no matter how much it might hurt one day.

Photo by Yuliya Kosolapova on Unsplash

Share
or  Copy Link
Link copied to clipboard.
Be first
45 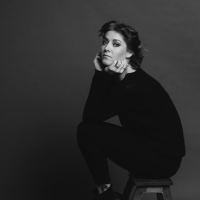