In my case, it means that my body doesn’t produce enough cortisol to handle a burst of adrenaline. It’s a rare disease, so there’s not a lot of money in it. As of now, there’s no nifty monitors like they have for more common diagnoses. No Epi-pens to make the injection easier. Instead, it’s a fine-tuned guess based on situation, experience and symptoms. More stress typically equals more cortisol. A sudden burst of stress usually means to inject immediately, or I could die waiting for the oral steroids to metabolize.

This is what the needle and vial looks like: 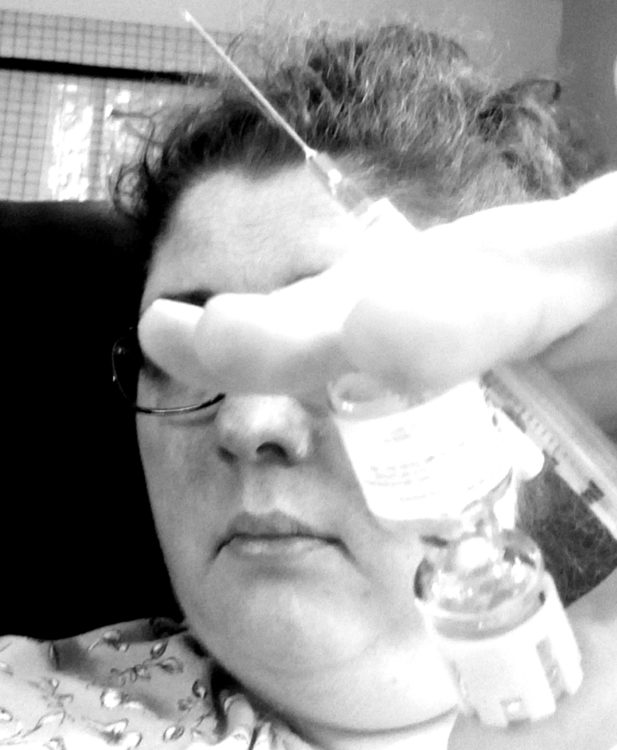 “Draw it up and stab it in the thigh muscle because you’re a badass Heather,” I say to myself, “and that’s what you do when it’s your life.”

Then I make myself push the thick bruising liquid in to the muscle. Ouch.

Unfortunately, I’ve had to inject several times in the last month, and I live a fairly quiet life. There’s so much more I can say, but for now, I’ll leave it with the ridiculous needle.

And then, there’s the judgment.

People have all kinds of judgments when they see someone with adrenal insufficiency protecting their energy. It’s so sad because the condition demands a level of self-awareness that few could fathom. Instead, misunderstandings develop or gossip begins.

In my case, the are times even I must be clear that I’m not lazy, rude, antisocial, disheveled, conflict avoidant, or any other label that might come out of someone’s mouth if they didn’t know about my struggles with chronic illness.

Furthermore, I am not a needy person. In fact, I’m a warrior. Living with an invisible disability as a single mother in a world that often makes assumptions based only upon what can be observed, well, that’s serious strength.

I recently began a new art series exploring what it means to be a Warrior Woman, and I discovered — in the paint — that she is both aware of her vulnerabilities and capable of things unimaginable to most. Sound contradictory? Think of it similarly to child birth. 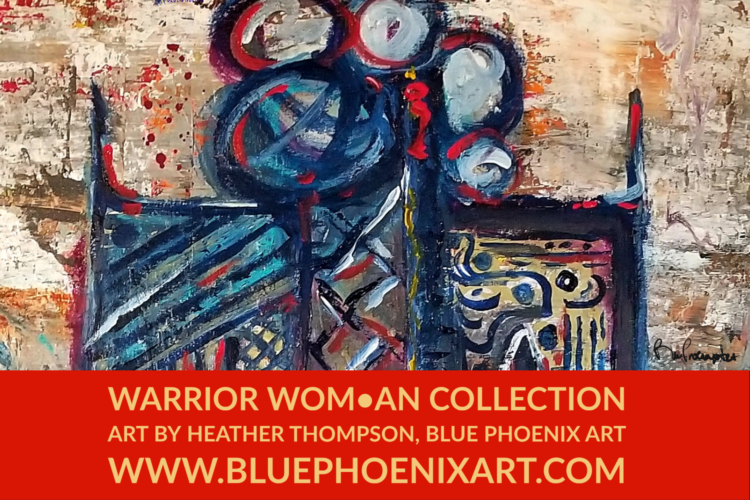 Having completed the Sentinels of my collection, I’m now exploring medical fragility in the context of what it means to be a Warrior Woman. Disability, life with chronic illness and invisible conditions all mean living with an awareness of finitude and the delicate nature of life. It means asking for help, and risking the judgment of others. Some give of their time freely, while others harbor resentment. I was once called a bottomless pit by someone very close to me. It was scarring, but I learned from the experience. From that point on, I made the empowered decision to only accept help from those capable of saying “no,” because then I could be sure that their “yes” was freely given. I was no longer going to be harmed by those that said “yes” only because they couldn’t say “no.”

As a single mom, I cannot live in isolation. I can, however, be very discerning about those whom I choose to include in my community. Transparency, authenticity, direct communication, love… these are all values we share. Furthermore, we place the needs of the children first. My friends often remind me that my willingness to ask for help is a gift to my daughter. She sees the community that unconditionally surrounds us, and she feels the depth of caring. As she grows into a young woman, she will have a healthy sense of what it means to be part of a community, something that’s increasingly lost to kids in an online world. Most importantly, she knows she doesn’t need to take care of me when I need help. Instead, we are surrounded by extraordinary men and women who make sure that we’re both squared away. That’s what community is for.

I never would have understood any of this until it happened to me.

My life was isolated, even in marriage, as I believed I had to do it all.

I no longer believe that, and my life is better as a result.

Do you want to share your story about living with a chronic illness? Click here to find out how.

There are terms to describe my creativity…words like “Synesthesia, Acquired Savantism and Accidental Genius” are all thrown about among experts talking about how I suddenly discovered the ability to paint in 2011 after a Traumatic Brain Injury. But this isn’t just a story of painting; it is my experience of transformation. I was an award-winning entrepreneur and nationally recognized business strategist in home health and hospice before the “mild” traumatic brain injury that changed my life. I was married at the time, at the pinnacle of my career, with a 2 year old daughter. In between business trips, I went to Costco to get a bag of cat food. While loading groceries, the hatch/tailgate of my SUV suddenly dropped on my head. Although I never lost consciousness, my life changed in an instant. Immediately, my career ended and I began a walk into the unknown. Shortly thereafter, I discovered that I could paint. I was not an artist before the accident; but suddenly, painting was as easy as breathing. With a new language – that of color – I transformed into an insatiable artist overnight. This is what it means to be an Acquired Savant. I am self-taught, and I have never taken an art class. I simply sat on the floor of the art store and allowed my hands to explore what felt right. That was the Summer of 2011. I am very fortunate that I do not have many of the tradeoffs that go with Acquired Savantism; Dr. Treffert calls this scenario “Accidental Genius.” My journey through art heals me, even as I continue to discover new health conditions as a result of the injury. I have Dysautonomia (POTS), Pituitary Dysfunction, Adrenal Insufficiency, Migraines, and other issues that impact day to day living. Still, I feel called to help others. Today, I am the same person that I always was; I have simply deepened in ways I never could have imagined. With my CEO days in the rear view mirror, I now study Theology – I’m getting my Masters of Divinity. I spend time with people that live outside – they are my teachers. I have a little menagerie of animals including goats, bulldog, cats, fish and horse – my horse is my physical therapist. I paint constantly in order to express the inexpressible. And…I am a single parent to a beautiful daughter – she is my greatest gift.