This story reflects an individual’s experience and is not an endorsement from The Mighty. We believe in sharing a variety of perspectives from our community.

Once upon a time, I used to be a member of the Conservative Party here in the United Kingdom. Now, I’m sitting here wondering if there is anything – anything! – I can do to force them out of office.

I have posted on the Mighty before about how afraid I am of a no-deal Brexit. Recently, our government — which is led by Boris Johnson, a man imposed on us by Conservative Party members and not someone who has been elected to the role — announced he is closing Parliament for five weeks this autumn to make that very thing more likely. Well, he didn’t admit that this was the reason, but he has said we are leaving the European Union (EU) on October 31 “do or die,” and recently Opposition parties agreed they would introduce legislation to stop him forcing our departure on us unless the EU agree to a deal. So, it isn’t hard to see that a no-deal Brexit is likely coming — something this very man said the odds were “a million to one against” just a few weeks ago.

Why are we in this position? Put simply, because a referendum on the issue was called and we voted to leave the EU in 2016, by 52% of the vote to 48%. Our government then spent the next two and a half years working out a deal with the EU so that we could leave without wrecking our economy. The deal was probably a sensible compromise, in that no one liked it. It wasn’t “leave” enough for the Leavers and it was too much of a departure for the Remainers. Then our Parliament, supposedly the envy of the democratic world, lost its collective mind and voted it down… but couldn’t work out what to do to replace it. Thus we needed to extend our leaving deadline.

So, what has happened since March? Have we found an acceptable deal? No. We wasted valuable time replacing our Prime Minister, and then Parliament has been on holiday. Our new prime minister, Boris Johnson, hasn’t even spent time in negotiations with the EU. Instead, he has decided we are just going to leave the EU on October 31 and has used obscure powers to force the Queen to suspend Parliament, so that there will be very little time for this to be opposed. Thus, he hopes to force the EU to give us a new deal.

He hasn’t said what kind of deal we want. The puzzle of how to get Northern Ireland, which is part of the U.K., out of the EU without creating a firm border with Ireland, a separate nation that wants to remain in the EU, hasn’t been solved; any border will be highly uncomfortable given the history of the region. There is vague reference to “technological solutions” but that’s it. It’s a fudge that we ourselves suggested is no longer good enough, apparently. So it is hard to see exactly what on earth the EU are supposed to do to here, even if they weren’t already wondering why they should compromise any more than they already have for the one out of 28 European Union nations that wishes to leave.

I’ve tried not to be too partisan in the above, but you have probably guessed by now that I voted Remain. However, I understood why people wished to leave and really wasn’t that fervent about the issue. If we were leaving with a deal that kept the country going, I would suck it up and accept the wishes of the majority. However, I simply don’t believe that many of the Leavers want to leave without a deal. I have no faith in the idea that being ready for “no-deal” makes us firmer negotiators with the EU; we aren’t even sure what we actually want from them except the ability to dictate our own rules. 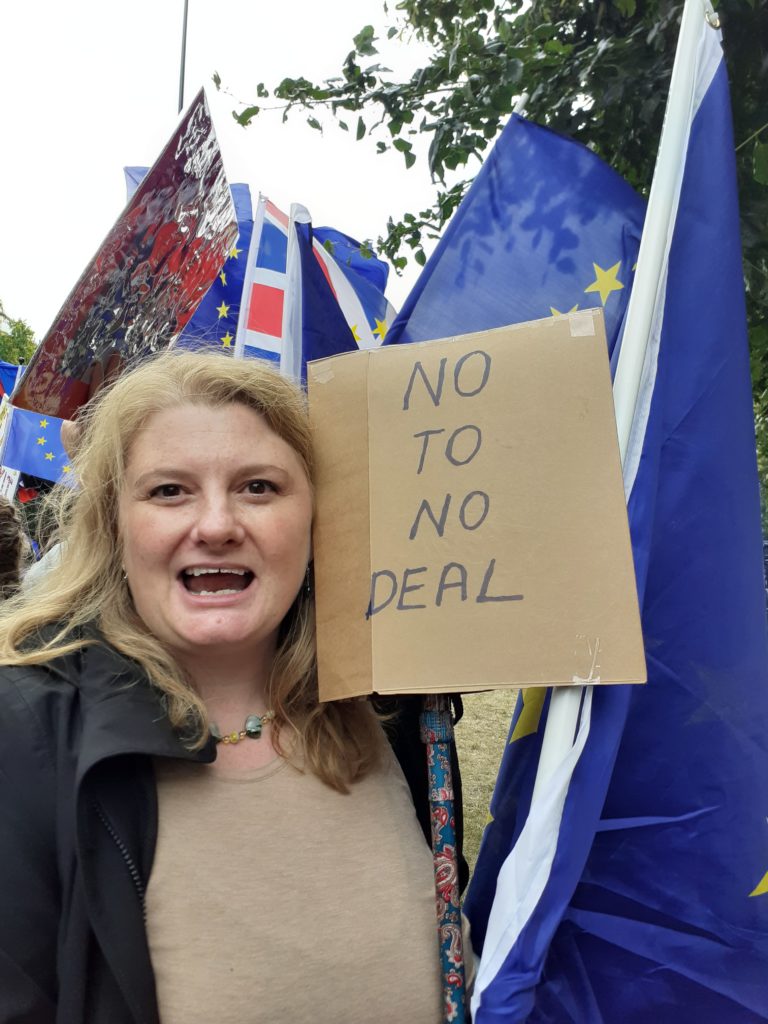 Clubs don’t work like that. The EU are bright enough to know we are teenagers shouting “You’ll be sorry when I’m gone” at our parents and then hiding in our bedrooms because we just don’t have the resources to march out into total independence at one stroke. Yes, European economies are going to suffer too, but not as much as ours will.

Given that we’ve been part of the EU for more than 40 years, unilaterally deciding to exit is likely to cause chaos. People who run hospitals and supermarkets keep trying to point this out, and it is dismissed at “Project Fear.” Too many of us just believe we are the greatest nation in the world, and chaos and calamity couldn’t happen here. There has been a lot of comment along the lines that we’ll dig for potatoes until the Americans come to save us with a trade deal. (If you think you’ve heard that before, then yes — some people actually seem to be enjoying how reminiscent this is of World War II.) I am a big fan of the US as a nation, but even the very best deal with them will take a while to settle in, and there is the small matter of getting everything across the Atlantic.

So, can we be a plucky little nation and go it alone? The answer to that is, to me, another question: how bothered are we about the sick, the old and the vulnerable? If we say “give us a deal or we’ll go,” there is every chance the EU will simply say “bye!” and the drug supplies will be disrupted. Given also that many doctors and nurses from mainland Europe have already left or are planning to leave, it will simply not be possible for us to guarantee a fully working NHS.

Those who wish to leave without a deal think this is a risk worth taking. For me, it most definitely is not. My son is asthmatic: what happens if he has a bad attack and it cannot be treated? Additionally, I take strong painkillers day and night to manage chronic back pain. I am frequently incapacitated by it and thus have difficulty staying on top of things even when society is functioning normally. Am I prepared to stay in bed in unending pain for the sake of exiting the EU? No, I’m not. Would I take the ultimate route out if alleviating the pain was impossible?

I would like to think I would never do that to my husband and children. But – when you have been in pain for several years and found it hard enough with medication to help – the thought crosses your mind. And if you want to judge me for that, you can, but only if you’ve also been in pain for most of the last eight-plus years. Until then, get lost.

So, now I understand the kind of anger that forces demonstrators to face down tanks. Thanks to the referendum, an issue that didn’t even worry most of us Brits is now threatening the very fabric of our society. Even if it all calms down, I have spent nights awake worrying on top of the usual insomnia of chronic pain. So have many others. We thought chronic illness was pretty horrible anyway; we will not forget those who have managed, in defiance of all probability, to make it even worse.

is a teacher who had to stop working in the classroom after kyphosis (think spine bending to the front) lead to severe chronic back pain, which sadly wasn't stopped by extensive fusion surgery. She is mother to two mostly lovely kids, wife to a very forbearing husband, and the owner of a cute but scruffy little dog. She lives in Sussex in the UK and is still doing some online teaching and being a school Governor.

gabbiejerrit
Want more of The Mighty?
You can find even more stories on our Home page. There, you’ll also find thoughts and questions by our community.
Take Me Home