Building a New Life After My CRPS Diagnosis

I’ve spent many days on my face in my living room, praying and not knowing whether or not I am dying. In fact, today was one of those days. You see, I live with this constant companion called complex regional pain syndrome, also known as CRPS. It’s a nasty disease that affects the autonomic nervous system, causes severe pain, and in this instance, sheer panic. I experience strange shooting pains down my arms, numbness in the fingers, and a cold-burning sensation that is difficult to describe and best equated to frostbite. I feel waves of shooting, stabbing, cutting, aching, and burning pain, accompanied by shortness of breath, chest tightness and severe anxiety. No, it’s not a heart attack, just a CRPS flare.

April 28, 2015 was a warm sunny day. Some people won’t even remember what they were doing, or where they were even at, but I will. It was the day my life changed forever. I was on duty at the fire department and sprained my shoulder. I was met back at the station by a crew of guys with a workers’ compensation packet. The ER diagnosed me with a rotator cuff injury, placed me on light duty, and gave me 800mg ibuprofen with instructions to ice. After four months of follow-ups at the Workers’ Comp Clinic, my pain was getting worse. I was given six physical therapy visits, but the insurance company wouldn’t approve any more. My physical therapist told me to just keep trying to do basic exercises to avoid atrophy, so I would walk my dog to the stop sign and try to do some exercises at home.

This is where things got a little more complicated. The doctor in charge of my care tried to send me back to full duty, but nobody could tell me why was in so much pain. My hand had begun to swell and change colors. At times, it would mottle purple and grey and get freezing cold. At other times, it would be bright purple and feel like the skin had been removed with a blowtorch. Have you ever grabbed a pan that just came out of the oven? Imagine if you couldn’t let go. I managed to get an appointment with a shoulder specialist for a second opinion.

The shoulder surgeon diagnosed me with CRPS on the first visit. I was immediately assigned a nurse case manager and taken to a different doctor who immediately disagreed with the diagnosis. She suggested that I have an exploratory surgery on my shoulder for a tear that may have not been visible on the MRI. The surgeon refused to touch me with a scalpel, and this started the cycle. Day after day, doctor after doctor, for what seemed like an eternity. On my good days, I would go and study everything I could find about CRPS at the library. Anything to give me a little hope. On the bad days, I would curl up in a ball and wish for death. One thing is for certain, CRPS is as close to Hell as I ever want to get.

I still was no closer to treatment, and the pain seemed to be going all over my body. To make matters worse, I began to withdraw multiple times due to inconsistent approvals on medication refills. I quickly found out why. After a deposition and hearing, I got a letter saying I failed to prove by a preponderance of evidence that I had CRPS. I appealed the case as many times as I could, and eventually got a letter stating that in the face of multiple opinions, it was the Commission’s prerogative to choose which opinion they would choose to side with. I was now unable to qualify for disability with CRPS.

It wouldn’t seem logical for me to still be here going on two years with no medication, fighting the most painful condition in existence. Truth be told, I almost ended it more than once. However, there is a silver lining to my story. Along my journey, I picked up some new skills. I found an emerging technology that when combined with therapeutic exercise, allowed me to put my CRPS in to remission. That’s not to say I never have pain, but I have a close resemblance to my life before CRPS and that gives me hope. I’ve been blessed to be able to open a clinic not far from my home with my best friend. We perform neuromuscular re-education for clients from all over the globe, and not just for CRPS. I still have good and bad days. CRPS is a lifelong condition after all, but the good far outweighs the bad. I thank God every day that I have been able to forge this new life from the ashes of my old one.

There is a quote I love by Nikki Rowe, “The real heroes are those who rebuild their lives using adversity as a stepping stone to greatness in the midst of the chaos life has thrown at them.” While I don’t consider myself to be a hero by any means, I like to think it still applies to me. 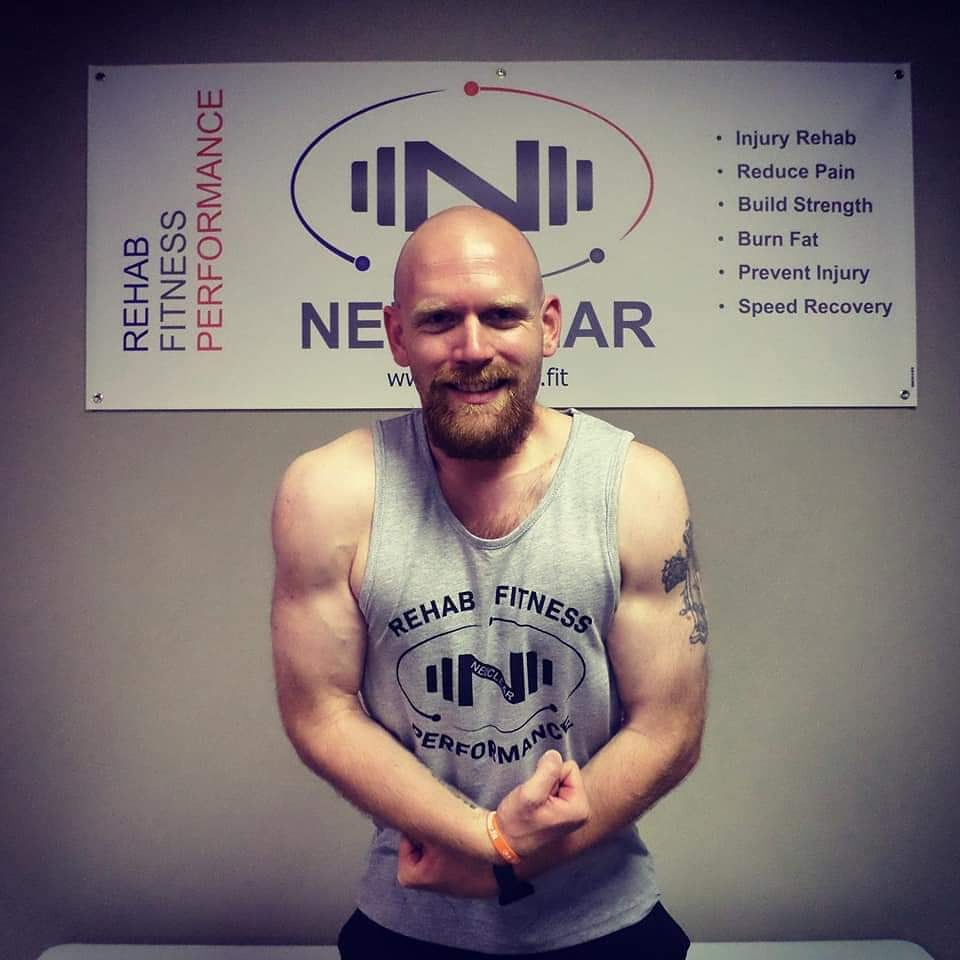 Hello! My name is Ian. I'm a grateful believer in Jesus, who suffers from CRPS. I live in Arkansas with my wife Laura and our German Shepherd Jasmine. I operate a clinic that helps a wide variety of individuals, including those who suffer from chronic pain and atrophy. In my spare time I love to be doing anything outdoors.

mrianrude
Want more of The Mighty?
You can find even more stories on our Home page. There, you’ll also find thoughts and questions by our community.
Take Me Home