When Our Third Child Was Born With a Congenital Heart Defect

When our third baby, Peter, was one day old, he was diagnosed with a congenital heart defect. We were promptly transferred to the nearest children’s hospital, which was about three hours away from our home. We ended up staying there for the next eight months of his life. Before Peter was born, I was the mother of two healthy, typically-developing kids. I felt pretty confident in my ability to parent a new baby; but seeing my newborn in the NICU and PICU, with lines, monitors, sedation, breathing tubes, bandages, and illness…it was like I forgot how to be a mom.

Everything was different. I needed help from the nurses to get my baby out of bed to hold, when he was healthy enough to be held at all. I had enjoyed a long breastfeeding relationship with my older two, but Peter wasn’t able to eat by mouth after he was two months old due to surgery and just being too sick to tolerate it. And changing a diaper with PICC lines in his legs, or a ventricular assist device, with cannulas placed through his abdomen into his heart attached to an external pump? Forget it. It was overwhelming and anxiety-inducing to even think about working around all of the medical equipment. Even more so, I didn’t know how much he could tolerate. Our nurses, who became like family to us, gave meds, feeds, and changed dressings. Physical, speech, and occupational therapies came in and played with him and worked on his range of motion and development.

Many times I felt like, “Why am I here? I can’t feed him, change him, hold him, play with him, and he may not even know if I am here or not. I don’t even know if my presence is a comfort to him.” And so it went for months, sitting in the hospital room, not doing anything and still feeling so exhausted from it. 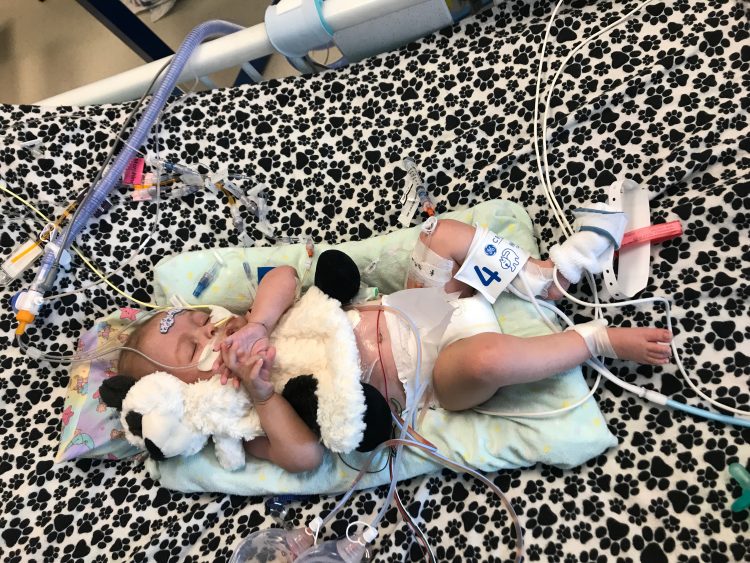 Holding his hand, speaking to him softly, taking hundreds of pictures and videos (because he was still the most adorable, sweet thing ever), reading a book during the minutes he was alert….but no cuddling, holding, tummy time, sleeping in his own crib, eating by mouth, watching his siblings’ antics, being passed around the arms of adoring relatives. It wasn’t the way things were supposed to be for a baby. We began referring to this new phase as “doing the least worst thing at the time,” because none of our circumstances were what we would have chosen; because all of our choices felt wrong. I felt wrong being at the hospital away from my older two kids, and wrong being home and away from Peter, because things were unlikely to change anytime soon since Peter would be waiting for heart transplant in the PICU. And because we had to find a way to survive this intensely stressful and strange time in our lives.

One of the most important things I realized during that time was that critically ill children still need the same things healthy kids need, despite also needing all of the special care that patients need while in the hospital. Peter needed to hear my voice, feel my touch, see me beside him when he was in pain and when he was feeling better. As Peter’s mom, I was doing exactly what he needed by just being there. Even when I didn’t “do” anything. Even when he was sedated and on paralytics. And my children at home still needed boundaries, routines, my voice, my attention, my presence. Even when my home felt like chaos every time I came home. Even when we were all disappointed by the things the big kids weren’t getting to do because of circumstances outside of their control. Even when I felt like I was always in the wrong place, failing as a mom in every way. 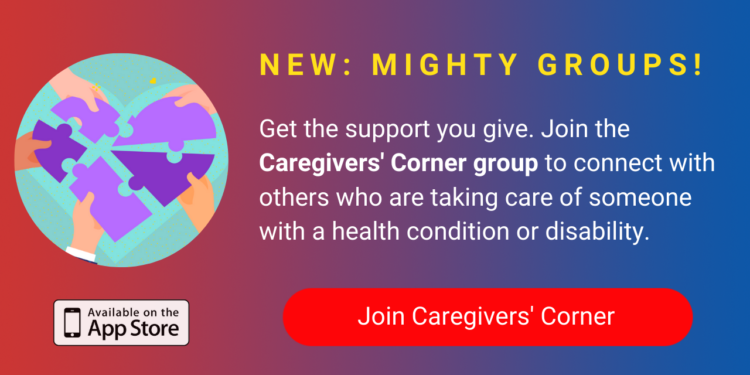 Erin Hernandez lives in the heart of the Midwest with her husband, Christopher, and their three amazing kids, the youngest of whom is a heart transplant warrior.

erin67401
Want more of The Mighty?
You can find even more stories on our Home page. There, you’ll also find thoughts and questions by our community.
Take Me Home