3 Tips for Dealing With Cyberbullying While Living With Chronic Illness

Who updated their Facebook status, tweeted or posted a photo to Instagram today? Social media has become a huge factor in today’s society, creating so many opportunities. It has helped thousands of us share our stories, giving us the ability to inspire and encourage others. However, social media has also become a gateway for cyberbullying. 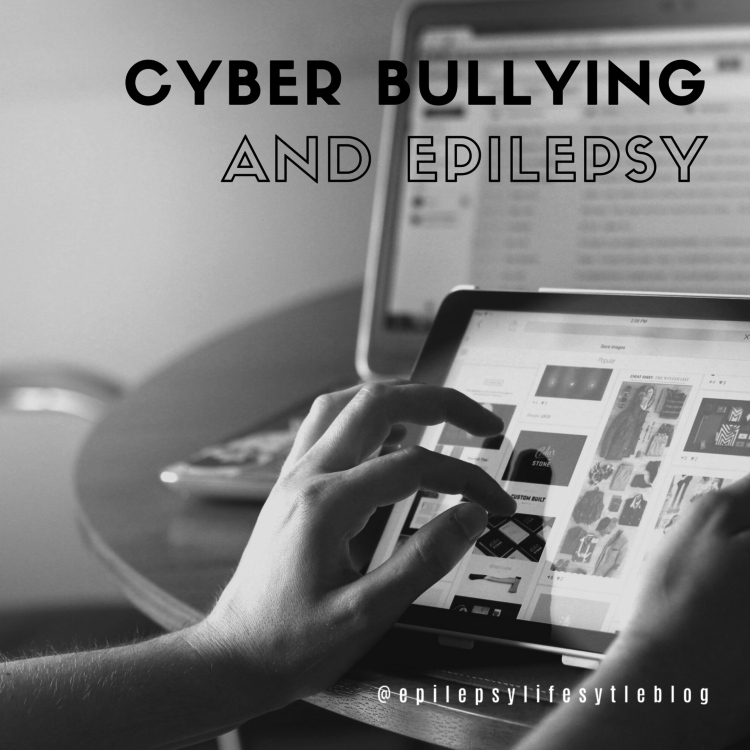 Aly (@acanfieeld): “Much like life, people are always going to be unfair. They’ll target the single deer in an open empty field. They do so to make themselves feel stronger than they actually are. Whether it is in person or online, bullies will continue to do this to make themselves feel better. Is that fair? No, of course not. What we can do as a community is be aware that there will be people like that and ready ourselves. When and if the time of confrontation comes, we may feel the urge to throw gasoline in the fire by responding. No response is still a response, it shows strength and will. We have a chronic illness — that doesn’t make us weak. We are stronger than the average person because we contend against a disease every day and still manage function. We function in a way that is productive to ourselves and those around us, and we don’t need to put others down to do so.”

Breanna (@socal.epilepsy): “I’m lucky enough to not really have experienced cyberbullying when it comes to my epilepsy — I’ve had some pretty immature people make dumb comments on posts, but nothing that couldn’t be solved with a delete or a block. However, I do know of some cases where people specifically attempt to target those of us with (photosensitive) epilepsy by sending flashing GIFS and things to try to trigger seizures. What those people are doing is horrible, but I think a lot of it comes from immaturity and lack of knowledge. I don’t think it’s OK, by any means, nor does that excuse what they’re doing. But I think they may not really know how serious of a thing epilepsy or any disability can be. Basically, I just block the rude and ignorant people and continue to try to spread awareness to those that will listen.”

Rainey (@raineymad): “Unfortunately, many people grow up not liking others who are different from themselves. They’re afraid, intimidated and possibly uneducated, just to list a few.  So when it comes to epilepsy and sharing openly about your medical experiences, you can get the reactions like I mentioned. People are often uninformed and afraid of epilepsy because they don’t know anything about it, so they are cruel about it. They mock seizures even though they’ve never seen one in real life, but have seen one on a movie (spoiler alert: there are dozens of different kinds of seizures and not all of them look like the Hollywood scary movie).

I started sharing my epilepsy journey in hopes of educating people, giving others the courage to talk about their journey and to spread awareness about epilepsy! I was diagnosed with epilepsy at 20 years old — sharing my story and diagnosis did not come easy to me. Once I started sharing, people were confused and didn’t know what to say. Looking back at it, it’s because they didn’t know anything about epilepsy. So I modified how I talked about it; I educated everyone about epilepsy, but I would also tell people about my own experiences. Sharing my story was even harder because the internet can be a scary place. I didn’t know if I would be accepted by others or if I would be cyberbullied for being “different.” It’s complicated because the internet obviously leads to trolls and bullies, but it has also led me to a great community.”

It’s unfortunate that we face an epilepsy mountain that challenges us both physically and mentally on a daily basis. To top that off, some people like myself have others online who are trying to tear us down. It’s not fair to those of us who are constantly trying to battle their epilepsy. After dealing with this firsthand and talking with others who have gone through the same thing, I wanted to give you a little advice to give you some comfort moving forward.

First things first; block them! We all know how bad some comments and messages can get from cyberbullies, so why not just block them from all of your social media accounts? It takes five minutes to do, and it relieves you from worrying about when the next time he or she will strike again on your profile. We are already living with a ton of stress, so why not take the easy way to conquer these cyber bullies if we can just by blocking them?

If you’re like a lot of people, odds are you just want to engage with those who leave those nasty or negative comments. My tip to you is, do not even think about engaging with them. One of the biggest things I’ve learned throughout this is that those who leave negative comments aren’t as happy in life, while those who are leaving those positive comments are genuinely happier. I read hundreds of posts and comments a day in the epilepsy community, and we’re all pretty positive! Block your cyberbully and come spend time commenting or messaging some of us in the epilepsy community. There are a lot of us to talk to for support (and just to chat).

OK, you’re probably wondering what does family and friends have to do with cyberbullying? I can’t tell you how many phone calls and texts I had with either family or close friends for support. We know how important it is to have someone there by our side when we have a seizure. This is no different. I have a cousin who was probably sick of me telling her about it, but she was always there for me. Support is what gives us comfort through tough situations. Cyberbullies suck, but with support, you get over them real quick.

Social media provides our community the opportunity to connect with so many different people across the world. It allows us to share our stories to inspire others, and more importantly, spread epilepsy awareness. However, it unfortunately is a floodgate for cyberbullies. While they do try to tear people down, I want to assure you that by no means are they as tough as your epilepsy battle. With a little help from others, and the use of technology, you can push those cyberbullies aside and get back to living your amazing life! Stay strong epilepsy warriors.

Hello! My name is Kyle Kieffer, and I run an internationally recognized disability blog. I'm also an inspirational speaker talking about over coming living life with a disability. My goal is simple; inspire the epilepsy community one person at a time.

kyle-kieffer
Want more of The Mighty?
You can find even more stories on our Home page. There, you’ll also find thoughts and questions by our community.
Take Me Home