Everyone Walked By While My Son Convulsed on the Floor. One Man Stopped.

Every parent dreads dragging their children through the grocery store, especially when they’re hungry and crabby. When my kids were infants and a toddler, I was able to strap them into a cart and dash in and out of the store. Now that they are fully mobile, mouthy and highly competitive, grocery shopping with all three is the equivalent to an all-day root canal.

On one particular night, my younger two were in good spirits and playfully teasing each other, not really paying attention to the busy grocery store around them. I had 10 items on our list and was down to the last two when my oldest began having a seizure. He started with a complex partial seizure for about a minute, then fell to the floor in a grand mal seizure. Having a seizing kid in a public place is not unusual to me — his first seizure was at 6 months old. But there’s a big difference between a 6-month-old baby and a tall, skinny 9-year-old boy.

So I dropped to the ground with him, cradled his head in my hands and kissed his temple like I always do, praying he would continue to breathe and that his seizure would stop. My younger two children were standing in front of the yogurts debating which ones to get. I could see them out of the corner of my eye and knew they wouldn’t wander off as I sat on the floor with their seizing brother.

In the two minutes this had been happening, almost a dozen people had walked by and just stared at us. Then, a man in his early thirties squatted down beside me and asked if he could help. Keeping my body and head close to my son, I turned to him and said there wasn’t much to do until his seizure passed. He told me I shouldn’t be alone to watch my son go through this traumatic event, and I jokingly said, “I’ve been doing this alone for nine years now. I’m pretty good at it.”

He reminded me I’ve never really been alone. Apparently, I said my prayer aloud while whispering, “Stay with Mommy, please,” in my son’s ear. This man reminded me of how blessed I am to have three beautiful children, two of whom are happy and healthy. He continued to chit chat with me, completely taking my mind off the gawking people walking by. We remained on the floor while my son regained his brain function and slowly gained enough strength to stand. My younger two came back to the cart, each with a yogurt, and we ditched the last items on the list. The gentleman pushed the cart to the check-out line while I carried my son. He helped us check out and load everything in the car. I thanked him for his help and told him to have a good night.

It wasn’t his physical help that I appreciated the most — it was the time he spent talking to me while my kiddo convulsed on the floor as everybody walked around him like he was a puddle to avoid. It was in those moments that I was grateful to have the companionship of another compassionate soul. I am forever grateful for this man’s presence. Without it, I could have been a sobbing mess of freshly single momness that is usually displayed on Internet videos after she loses her cool in the middle of Walmart.

Sometimes prayers are answered in ways we never expect, but they get answered nonetheless. 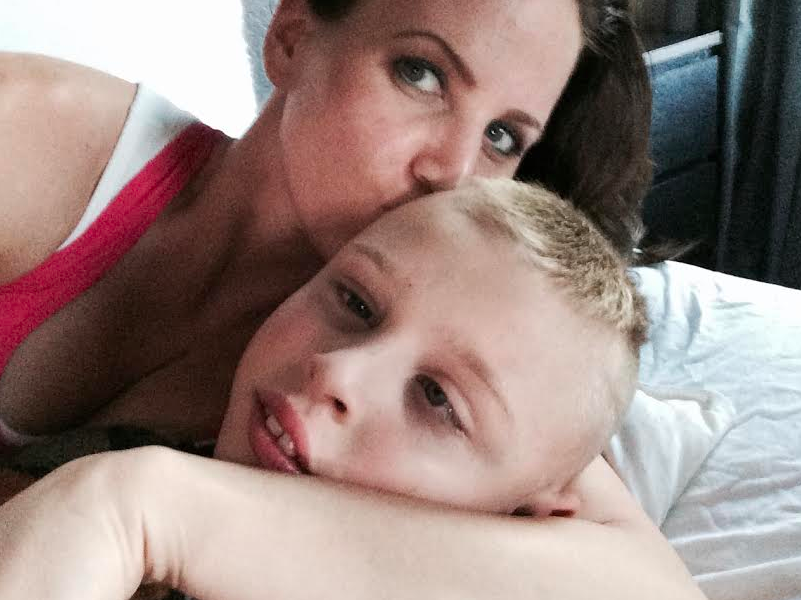 Sara is the mother of Austin, Emily and Connor from Phoenix, Arizona. Austin was diagnosed with West syndrome at 6 months old and autism and 2 years old.

sara-hulstedt
Want more of The Mighty?
You can find even more stories on our Home page. There, you’ll also find thoughts and questions by our community.
Take Me Home