In the fibromyalgia community, the term “flare-up” often refers to a worsening of symptoms, which could last for a period of hours, days or even months.

But what does it really “look like” to experience a flare-up? Are symptoms visible or invisible? Is the person curled up at home with tea and a heating pad, or are they trudging through work, school or family responsibilities, just trying to get through the day? What’s going through the mind of someone experiencing a flare-up?

The answers, of course, are different for everyone – but that’s an important thing to recognize. Fibro flare-ups don’t always have one “look,” and include aspects that outsiders might not see at all.

To promote a better understanding of what flare-ups are really like, we asked our Mighty community to share a photo that reveals a side of fibromyalgia flare-ups we don’t often see. If you recognize your own experiences in any of the following photos, know you’re not alone.

1. “After getting injected with this bad boy about two dozen times in the flare spots I came home and had a heating pad on my shoulders and neck to ease the pain there and had my hand and forearm wrapped in the ‘magic bag’ and still had throbbing pain.” – Allison M. 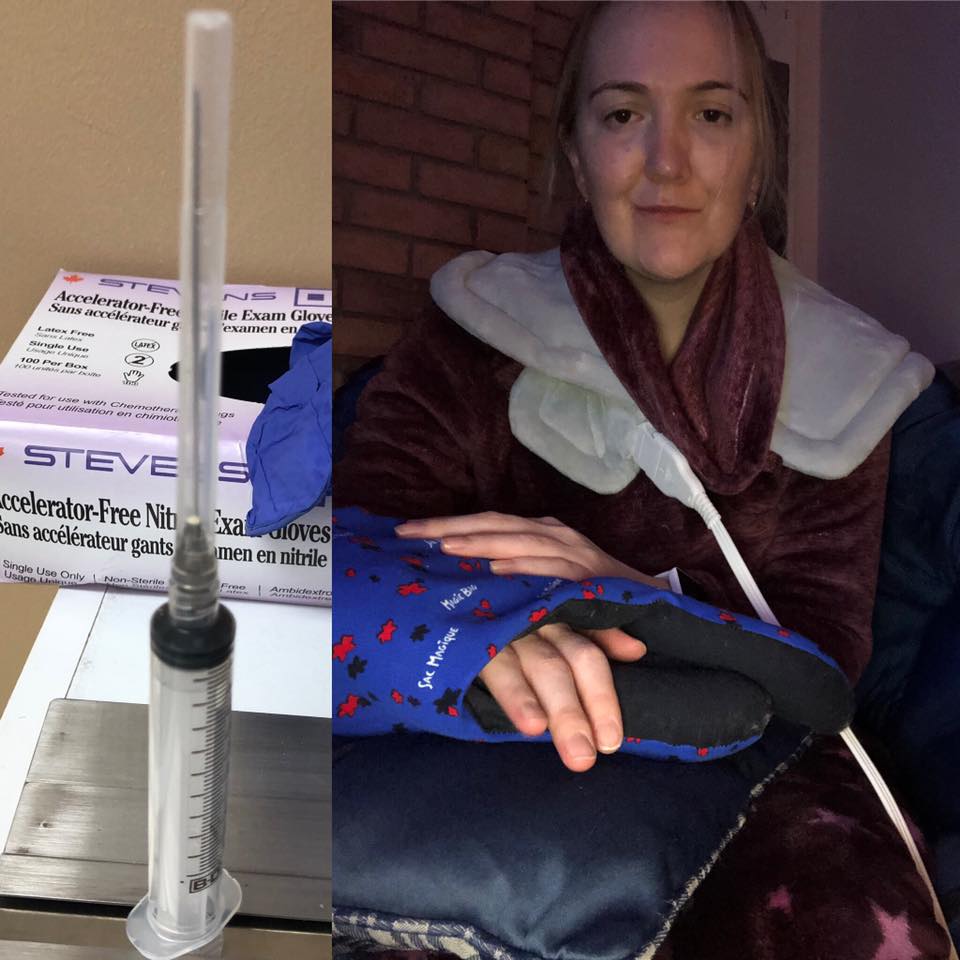 2. “When I can’t take time off of work because I’m out of paid time off, so I go in and suffer as long as possible while staying bundled up with a small space heater running. This isn’t living life, it’s barely even getting by.” – Krystina K.F. 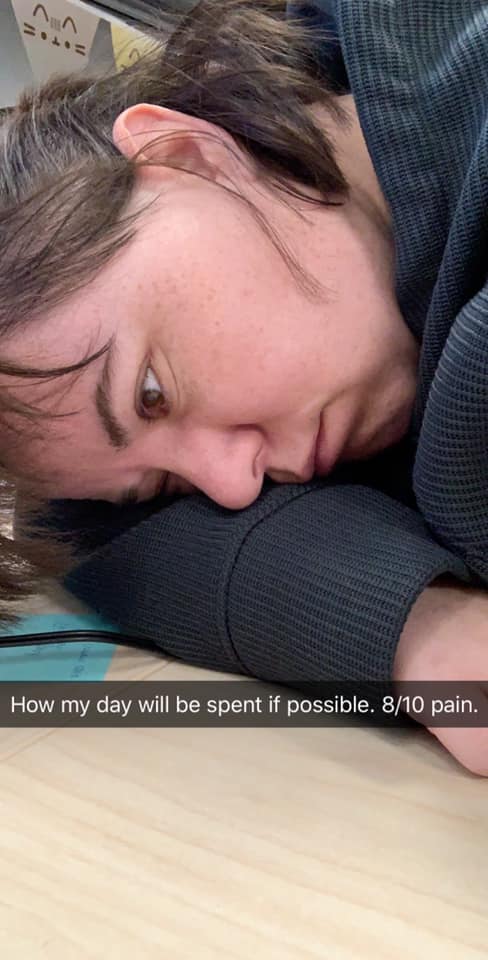 3. “Showered, dressed, too exhausted to move and do anything else. People don’t realize that something so simple for them can tire us out!” – Jill C. 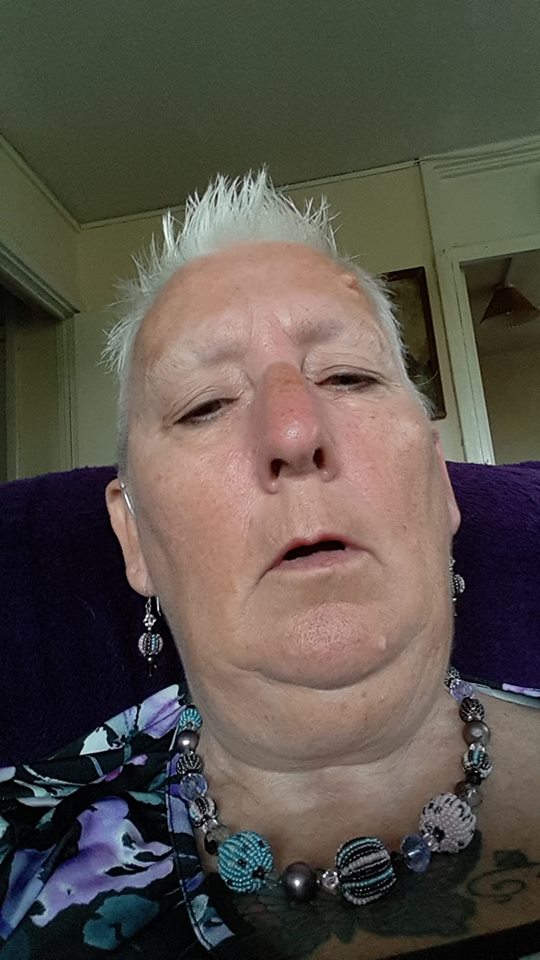 4. “This is me a couple of weeks ago on the way to work. I couldn’t move, was in a lot of pain and struggling to keep my eyes open on the bus. I have to sit at the front of the bus, to save my legs. I already get looks for that, let alone people probably thinking I was hungover that day.” – Amanda G. 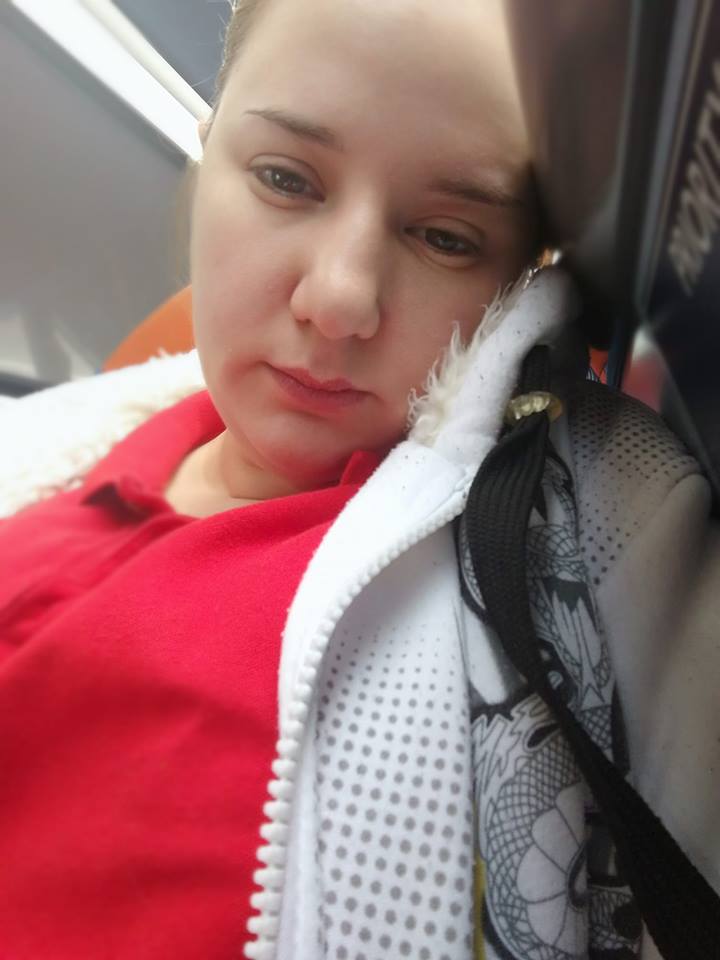 5. “I woke up like this. (My apologies to Beyoncé.) After a solid nine hours of sleep.” – Mikhaile S. 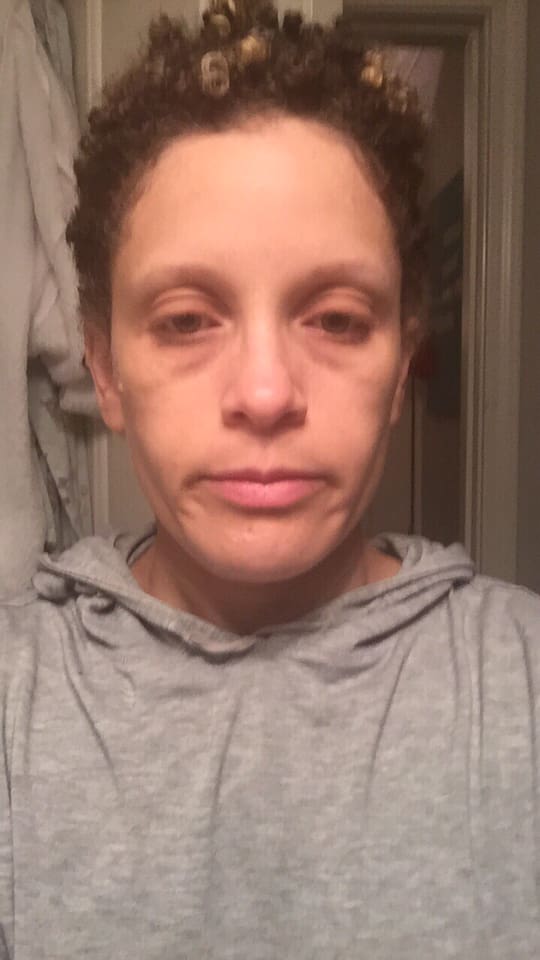 6. “Having these strong intravenous infusions of drugs fitted every four to five weeks on top of my daily meds. Just takes the edge off some of the larger spasms.” – Catherine D.M. 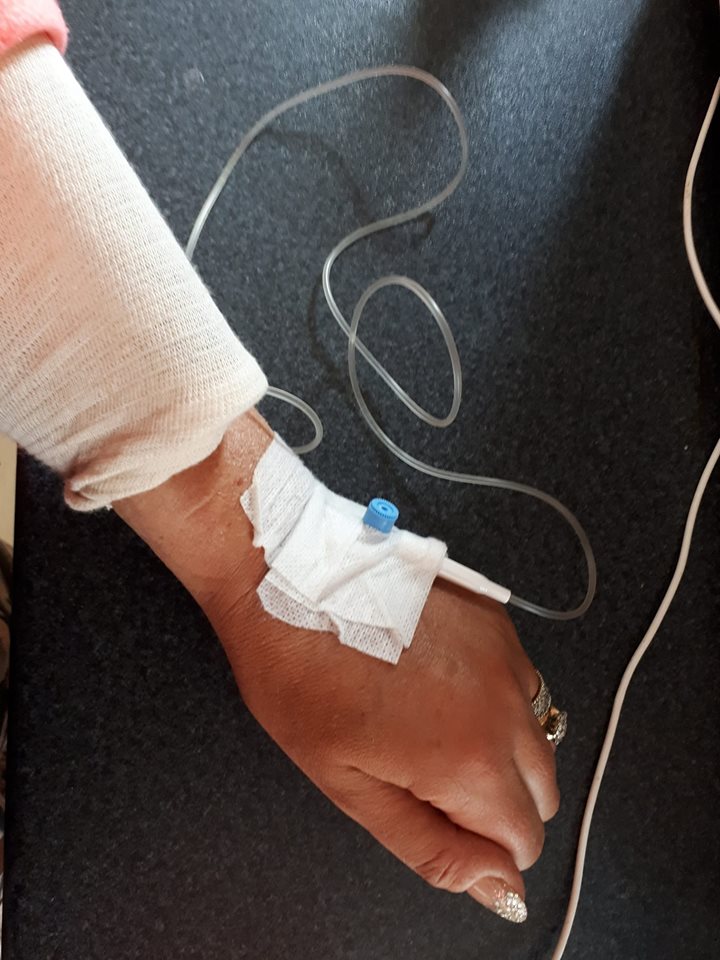 7. “Painsomnia keeps me up all night. I usually give up tossing and turning around 6:30 a.m. and just make some coffee. Exhaustion is a constant in my life. I cover up my deep under-eye circles before leaving the house.” – Livi D. 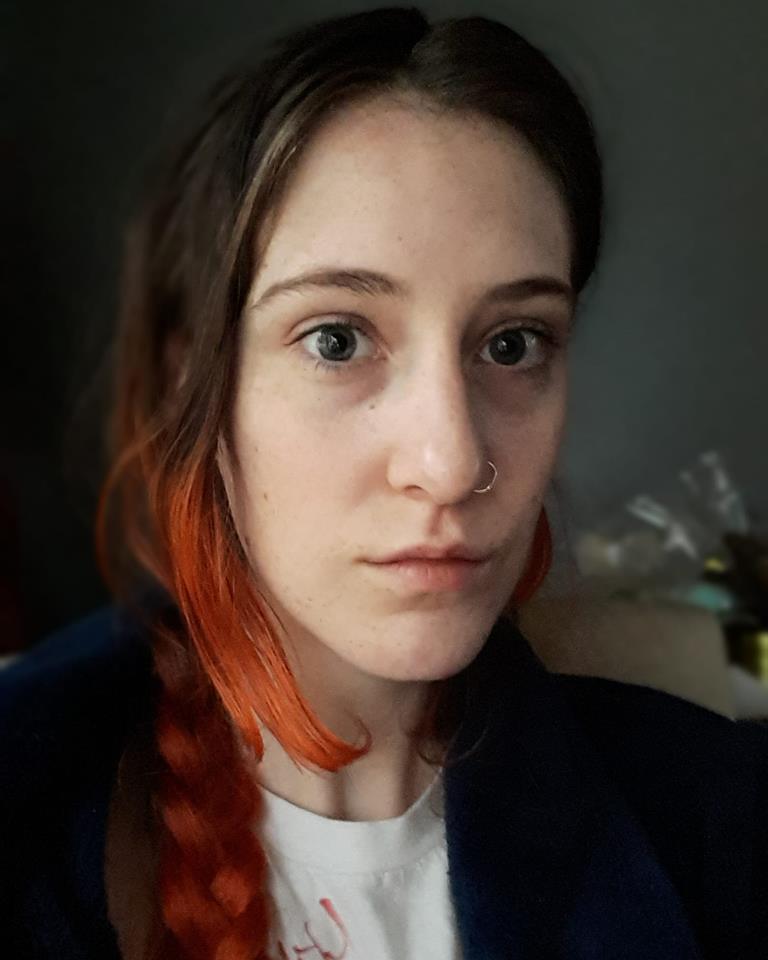 8. “In the photo, I am walking and playing with my dog, Sir Gawain. But during a flare-up, I can’t run with him. I rely on my cane to help me walk.” – Christiana A.C. 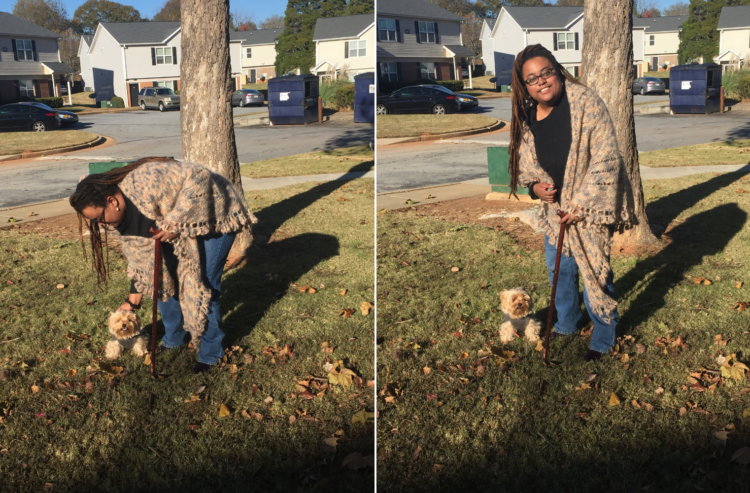 9. “Worn out from work and shopping, just on the way home to crawl into bed…” – Stephanie E. 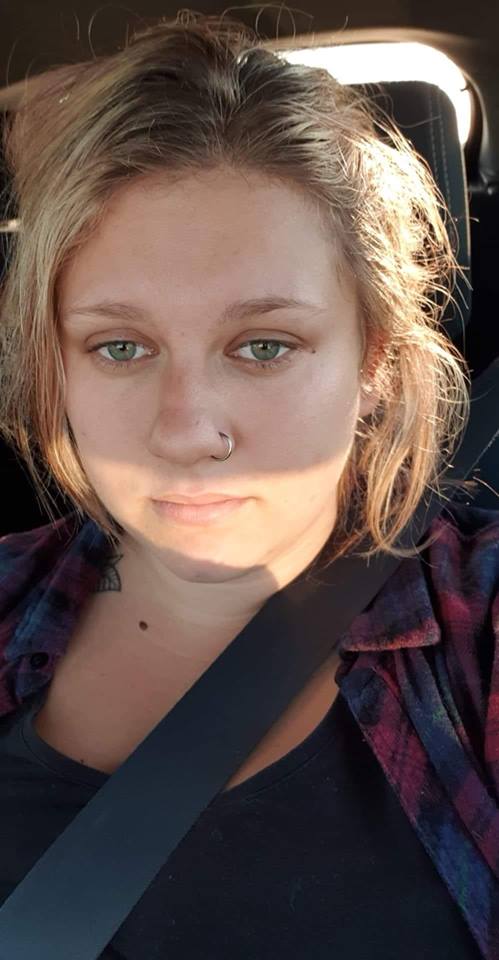 10. “Eighteen years old and I went on a four-day vacation to Las Vegas with my boyfriend. I absolutely couldn’t leave the hotel room without my cane. Even with using it the whole time, I broke down in tears a couple times because my hips and knees hurt so badly. I went to look at TENS units at CVS and it was more than I thought it would be so I broke down at the thought of being unable to get any sort of relief for the last couple days of our vacation…” – Jerica W. 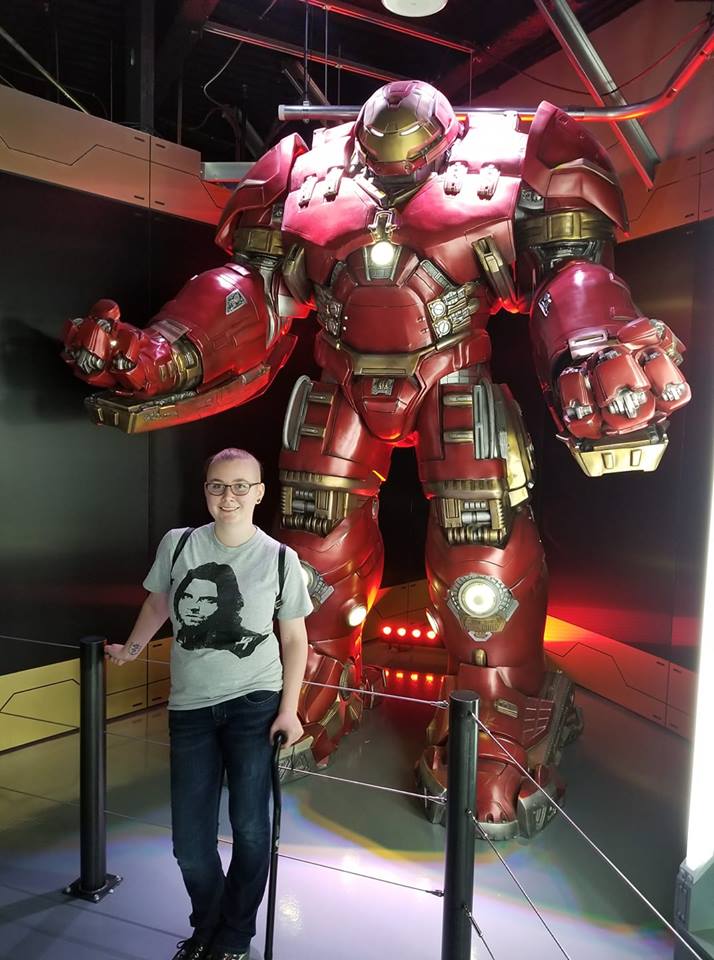 11. “Spending hours, even days, on a heating pad, because you can’t move… nothing worse than looking OK, and having everyone tell you, ‘If you get up and get moving, you’ll feel better…’” – Merri E.S. 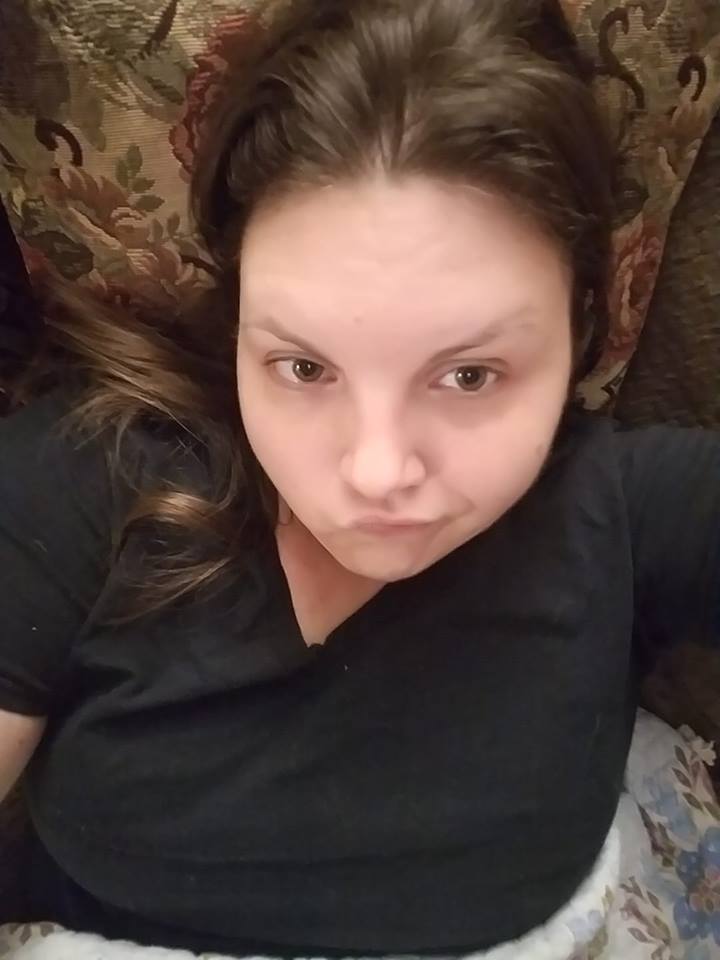 12. “Random rash that covered my arms and legs for three days. It itched, burned and turned into hives. Nothing helped except very hot showers and rose water, followed by hydrocortisone cream.” – Mikhaile S. 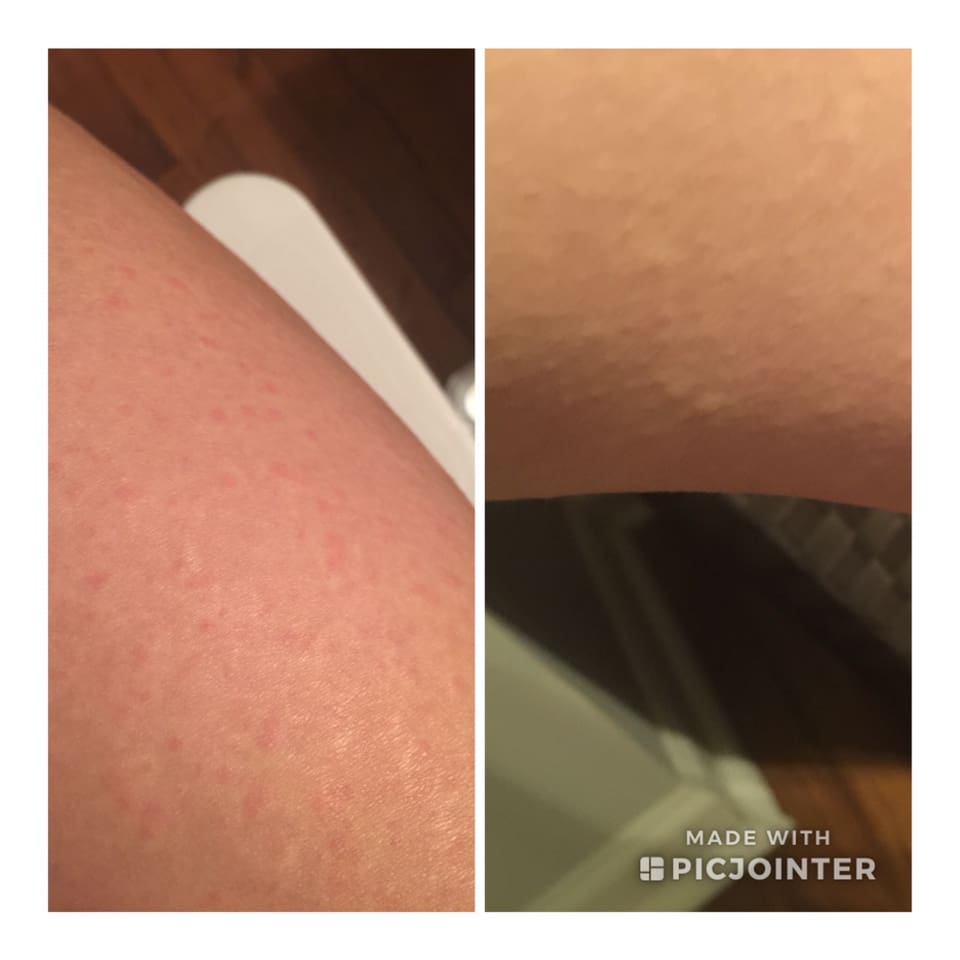 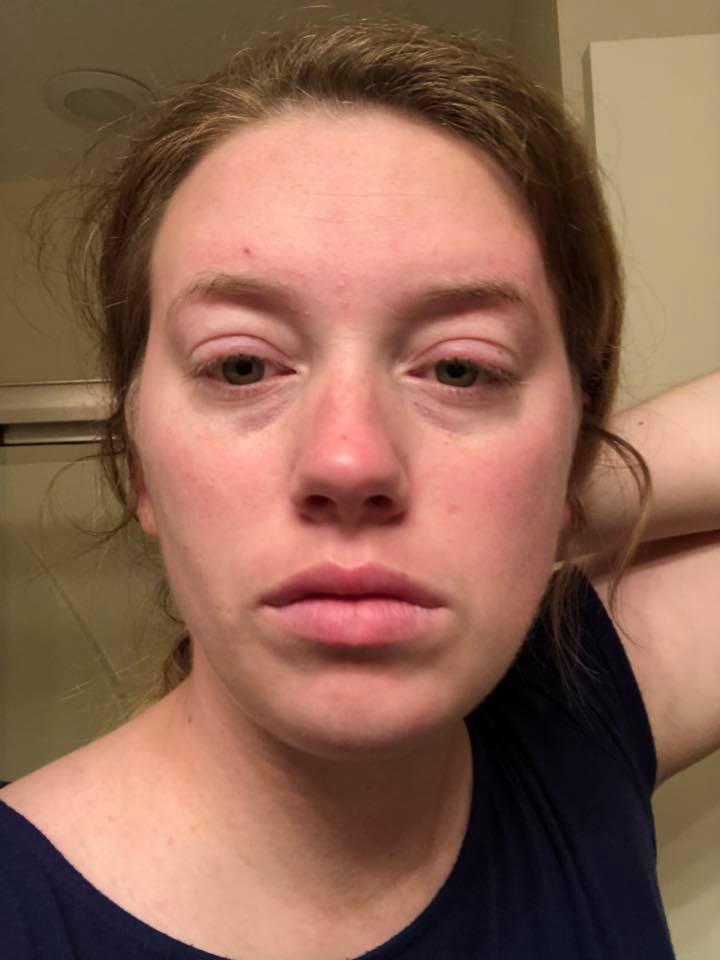 14. “The was pre-diagnoses while battling horrible symptoms. In this photo, I’d just completed tech week with my ballet studio. We had two days of stage blocking rehearsal, three dress rehearsals in two days and four performances in three days. All consecutive, no breaks. When I was healthy, it would’ve been tiring but possible. It’s nearly impossible now. I distinctly remember a moment on stage during our third performance where my body just shut down. Everything became insanely more difficult to do. I got off stage and just started crying from fatigue and frustration. I had several more dances to do that night and an entire performance to do the next day. I did it somehow, but my face here says it all.” – Jordan H. 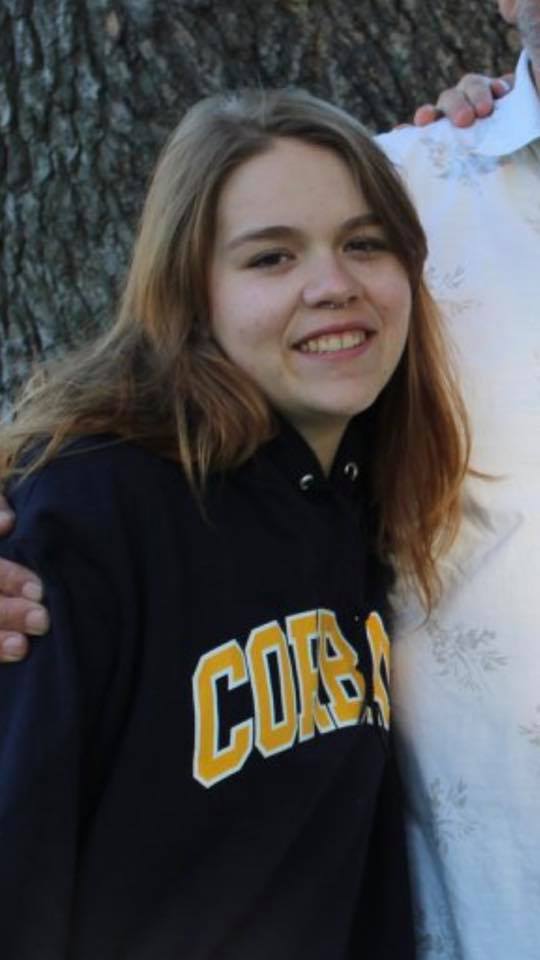 15. “I love hugging this happy pillow. It’s a comfort to have when everything seems bleak. I thought this particular picture is indicative of the mask that all fibro warriors try to put on to hide their discomfort from others.” – Sophia J. 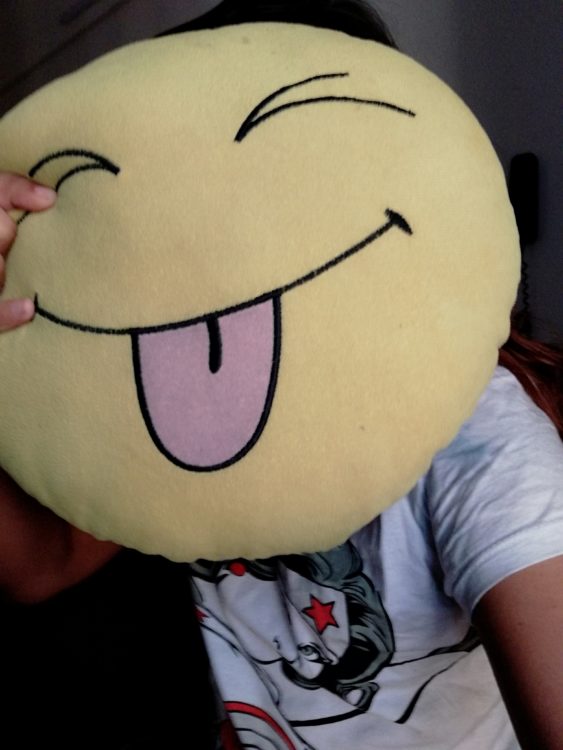 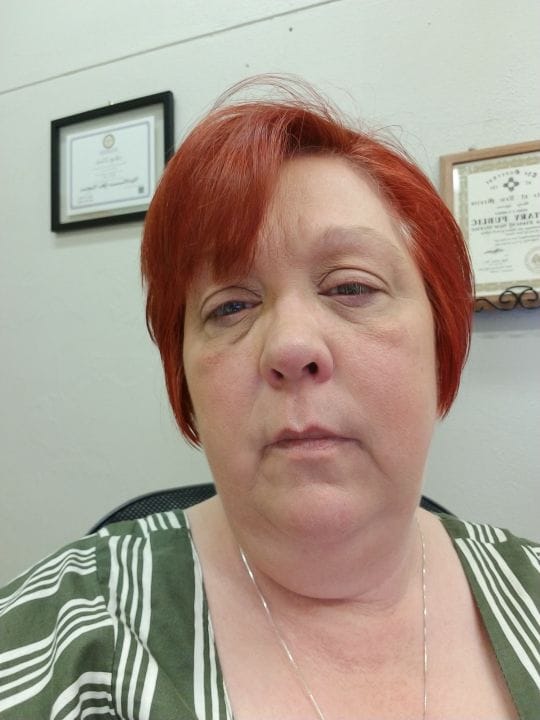 17. “The fatigue from a flare-up can be insane. Quite often this is covered up by makeup so people can’t see the dark circles.” – Victoria C.