How an 80s Robot Helps With My Chronic Pain

The reality of life with fibro is pain. Pain most conventional pain killers do little to combat, and of those meds that do I am limited still. I was diagnosed with chronic fatigue syndrome in 2015 and fibromyalgia in 2018. I can’t take anti-inflammatories due to suspected ulcers, or anything used as an antidepressant due to bipolar. So I end up in pain a lot, and get by with little medication help and have to look for alternatives to manage. 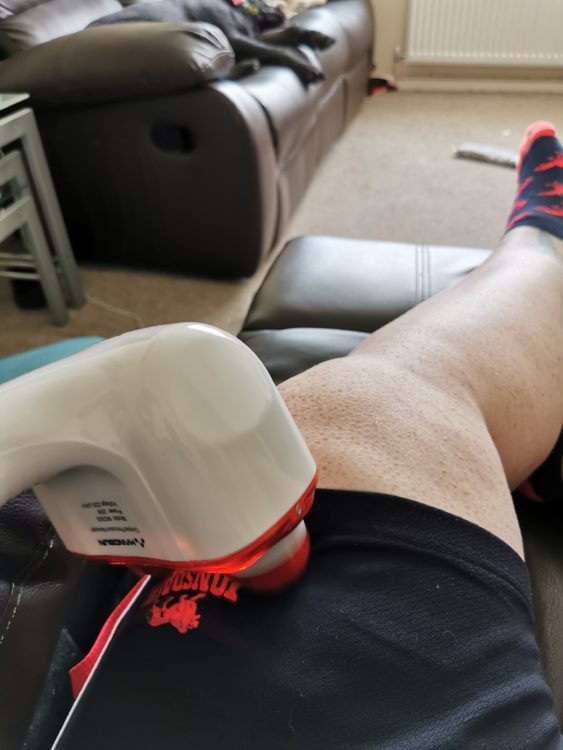 Nerve pain is the worst as it’s like a toothache but in your entire arm or leg. But I get muscle and joint pains a lot, and with a lot less effort than most people which is another common feature of fibro: payback. Today I did the front garden and yesterday spent a lot of time working on the computer trying to build a social media network, as I am starting to work for myself and so now I am feeling what I refer to as “broken.” I’m suffering post exertional pain and fatigue, and I know there is little to do but rest it out and try to self-manage the pain.

That’s where Johnny comes in. 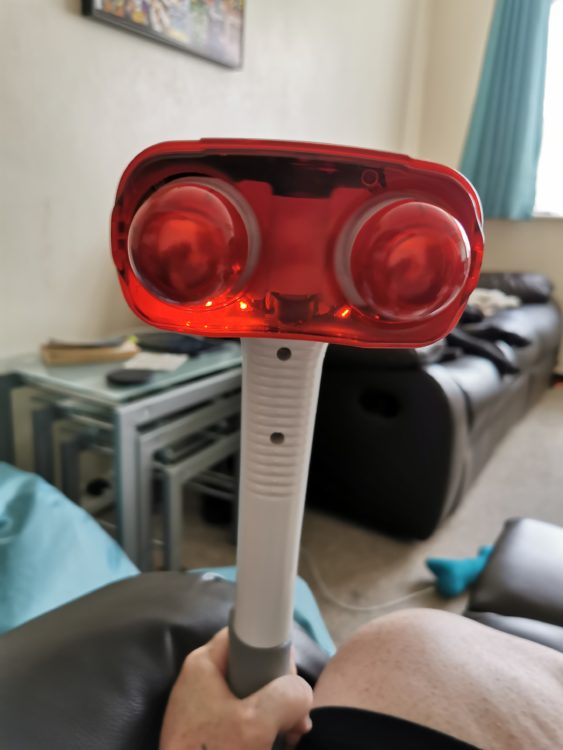 I also suffer muscle and skin tenderness which is known as allodynia, so using the massager is actually intensely painful. But I know I’m going to feel the benefit later, so I let Johnny do his thing so I can hopefully feel up to sitting and writing later while I relax and allow my body to recover.

If I don’t rest I will end up in a full “flare” and my pain will be significantly worse, accompanied by fatigue, viral symptoms and often low mood. I will suffer for up to two or three days for the sake of a couple of hours in the garden. Pacing is obviously recommended and I do try. But sometimes you have to just accept the outcome to live any kind of life though getting caught in a boom and bust cycle is not ideal. So here’s to hoping that Johnny can set me right. It’s not easy facing the future of being self-employed and chronically ill so I will take all the help I can get.

I used to write a lot. Then once upon a time I got pretty sick. It didn't go away but the writing did. I've spent years under medical professionals trying to get my life together but it came to a head in Summer 2018 with 2 suicide attempts. I knew things had to change. Now I've had to give up my career to get my life back on track but I have rediscovered words. My children's book 'The Sky Painter' which explores the concept of feeling sad is now on Amazon and I've started to read at open mics and poetry slams to challenge my anxiety. Maybe writing will help me, I hope mine helps you

the-beanie-bard
Want more of The Mighty?
You can find even more stories on our Home page. There, you’ll also find thoughts and questions by our community.
Take Me Home