“It was sincerely nice to meet you, Jonathan,” I sincerely proclaimed as I watched the older man in the yellow construction paper crown leave the coffeeshop after our conversation concluded.

His honesty forced my own and he was, in fact, the only person brave enough in the coffee shop to ask about my mask. I never realized that a chance conversation with a stranger in a crown would remind me of my identity in spite of my illness. I originally entered the close quarters sans my sanitary tool, but after both the barista and Johnathan coughed, I thought the better of it.

It was only my second time wearing the blue, medical veil at this particular coffee shop and so I was nervous.

As a physician assistant previously working in primary care, urgent care and rural medicine, wearing a mask at work was standard. However, I was on sabbatical from my clinical practice and this particular story pre-dated the arrival of the COVID-19 virus by several months to seek my own healthcare. Wearing a medical mask during cold and flu season wasn’t quite the common sight as it is now, and it made me feel like a target each time I wore it in public. I was practicing radical acceptance that sometimes my body needed a little bit of extra protection, while my medical team investigated the myriad of unusual symptoms I was presenting over the last three years.

The shop was bustling and I waited for my usual, only wanting desperately to return to the corner that housed my favorite armchair and away from the coughing. 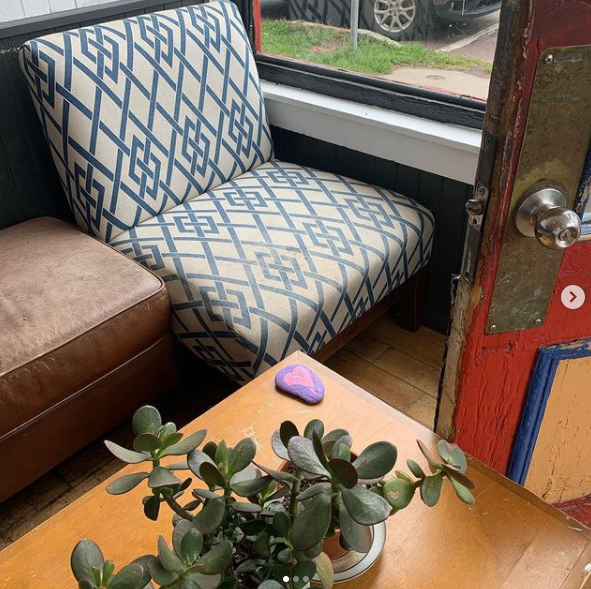 The barista made conversation with Mr. Jonathan and it was clear he too was a regular, though I must admit this wasn’t my regular time so I didn’t recognize him nor he me. I listened politely as he told her about his art projects (he had just made the construction paper crown and it featured his name but he was pleased the barista didn’t need a reminder) and how he was just excited for his sandwich. He was kind and so was she, but then they both noticed my medical mask and the room shifted.

His voice was loud and vibrant and unapologetic as he looked at me curiously, “Are you sick?”

I answered without hesitation, “That’s a great question, Jonathan. I’m not sick but my immune system doesn’t work all the way so I wear a mask to prevent getting sick.”

He smiled, a great toothy expression, and his eyes shone with the same excitement as when he talked about his crown with the barista because I addressed him by his name.

He appraised me knowingly and asked, “Oh. Are you in medicine?”

My voice caught on a tongue turned instantly numb. How could this strange stranger know about my background? How could this construction paper king look into my past to know I was presently taking a creative sabbatical from clinical medicine as a physician assistant to address my own chronic health issues?

I shook my head and answered, “Well, I used to be, but I’m not anymore.”

“What did you do?” His eyes continued to hold mine with that surprising kindness.

“I was the provider. I was the one who took care of people when they came into my clinic.”

The volume of the conversation was such that everyone could hear. To their collective credit, the room shifted back to warmth as it seemed Jonathan’s inquisitive, and very intimate, line of questioning patrons was also a regular part of his appeal. It was just my turn to be indoctrinated by his unrelenting curiosity and honesty.

He considered my response and accepted my answer with one final question, “What do you do now?”

And in a moment, my identity crystallized before the collective coffee shop eyes and I could finally answer what it was I was doing by taking a break from full time practice:

“I still take care of people, but right now I’m taking care of myself first.”

Writer, artist, and Physician Assistant, Kateland knows what it is like to practice from both sides of the exam table. Combining a sense of humor that can only be honed through living life with chronic illness, her writing focuses on empowering patients and providers with clear communication. She lives with MALS (median arcuate ligament syndrome) and advocates nationally for MALS Awareness, Gastroparesis Fighting for Change, and the Brian Cody Foundation because she believes the more we talk about conditions normally left in the dark, the lighter we will all become.