A Tribute to My Cousin, Whom Doctors Underestimated

My cousin Douglas died of natural causes in his sleep on October 8, 2016. He was 36. Douglas was born with cognitive disabilities. As my cousin Jamie, his sister, described, “Douglas was brave. He knew he was different.” He lived his life with unstoppable exuberance. When he was little, doctors told my aunt to expect Douglas would never work or live independently, but as he grew he persevered time and time again and proved them wrong. Doug went on to live independently with minimal assistance at times, and boy did he work, a lot, mostly at restaurants and Walmart. I honestly thought he would live to be 100 and become one of the richest guys I knew. 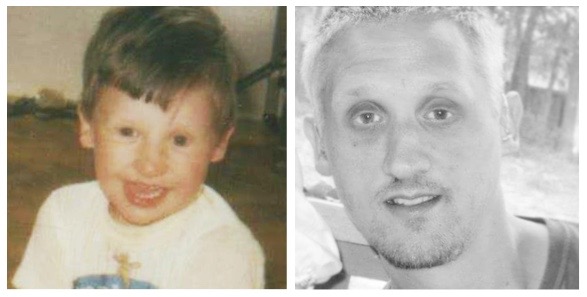 Recently I attended his memorial. Well over 100 people showed up to pay their respects… many friends and colleagues from Walmart were there to say goodbye to their beloved “Dougie.” I noticed a little elderly woman enter with tears flowing from her eyes. Her name was Marie. She was a customer at Walmart. She told me she adored Douglas. He always greeted her with his warm enthusiasm and a smile, offering to help carry her things throughout the store as she shopped. She didn’t have family anymore and would look forward to spending time with him. A few days earlier, she went to Walmart but instead of being greeted by Douglas she was greeted by his smile from a photograph displayed in the entrance announcing his passing. She came to the memorial to let his family know Douglas had brought a treasured joy to her often solitary days.

It turns out Douglas was indeed one of the richest guys I knew – rich with a generous and radiant compassion towards others. We could use more of that in our world. Thank you for sharing your wealth, Douglas. We’ll be sure to spend it wisely.

Rachel Roberge is a proud Mom to her daughter Carly and son Jackson. Currently Co-Founder, Guilded & Co, consulting in brand strategy, creative direction and sustainability, she previously worked at a hedge fund and prior to that was at NBC Nightly News with Tom Brokaw. In 2009, she and her husband Skip found out their son was going to be born missing his right hand. As a result she is a forever proud and active member of the limb different community.