As a newlywed in 2006 my life was about to change in ways I could never even begin to imagine. I married my childhood sweetheart in October 2005, and we soon were delighted to find out I was pregnant in March 2006. Little did we know that those two blue lines were the start of an unimaginable journey.

Nine months later (39 weeks to be exact) a little baby boy came into the world. He was trouble from the start! He was breech, so he made his grand entrance by c-section, or as I like to prefer via “the sunroof” at 12:13pm to the dulcet tones of Neil Diamond’s “Sweet Caroline.” That’s what was playing in the operating theatre — not my choice, I’d just like to add! 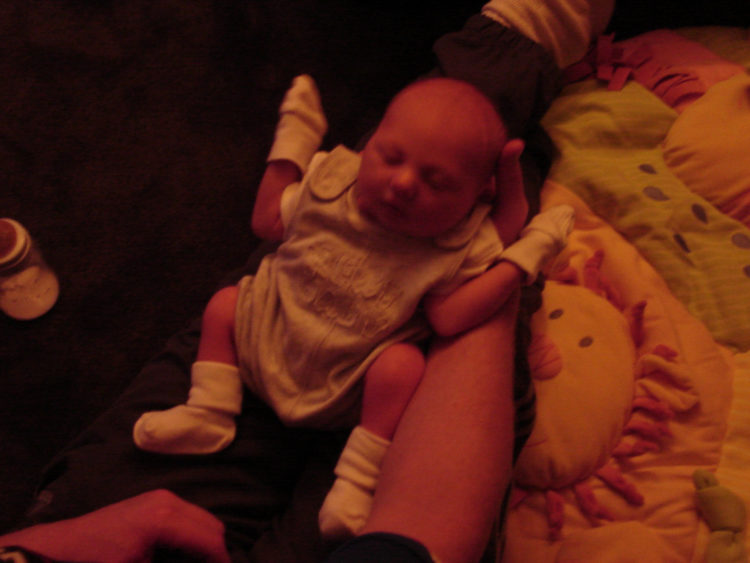 Fast forward during the baby brain fog of the next few months, which included lots and lots of projectile vomit (this was reflux, but we didn’t know), lots and lots of sleepless nights (this is still an issue 15 years later?), but he was so stinking cute, so all was forgiven. We get to the six month mark when milestones should be starting. Now if I wasn’t a first time mama, I would’ve been banging on the doctor’s door demanding answers. Not sure if it was down to being a first time mum or I was just so tired and covered in puke and unaware of what day it was that I just rolled with the situation at hand.

We were referred to a pediatrician — not going to lie I had no idea what this even was or what a milestone was, I just knew my baby wasn’t doing the same things as others his age. I heard a lot of “oh he’s a boy, boys are lazy.” I’m winging it here, how on earth should I know! All I know is when his baby cousins were all sitting up on their own and making different sounds my “lazy boy” needed to be propped up to stay up and could squeal so loud all the cats in the neighborhood would run away.

I’m not going to bore you with all the details of the many, many appointments we had. Let’s just say there were lots and each and every one of them left me with more questions than answers. Why couldn’t they tell me why my baby wasn’t doing the things the others his age could? We had the genetic tests that were available at that time. These all came back negative. We then get told it’s global developmental delay — “we just have to watch him and see how he develops.” My world fell apart. This wasn’t an answer; why couldn’t the professionals tell me what was going on?

We saw lots of different therapist from then on. Finally, after three years of shuffling about on his bottom we put Calum into the crawl position and off he went! In the same physical therapy session he went from crawling, to pulling himself to stand and then cruised around the furniture. From then on we have never referred to anything as a global delay, we simply tell people he will do it in “Calum Time.” And that term has been how he’s done every milestone in his life. It has been when he was ready and able to do it. Looking back I worried about things that he can now do. I wish I could tell my younger self not to worry so much. He might do things differently to others, but he’ll certainly get there. Who wants to be like everyone else anyway? Why blend in when you were born to stand out! 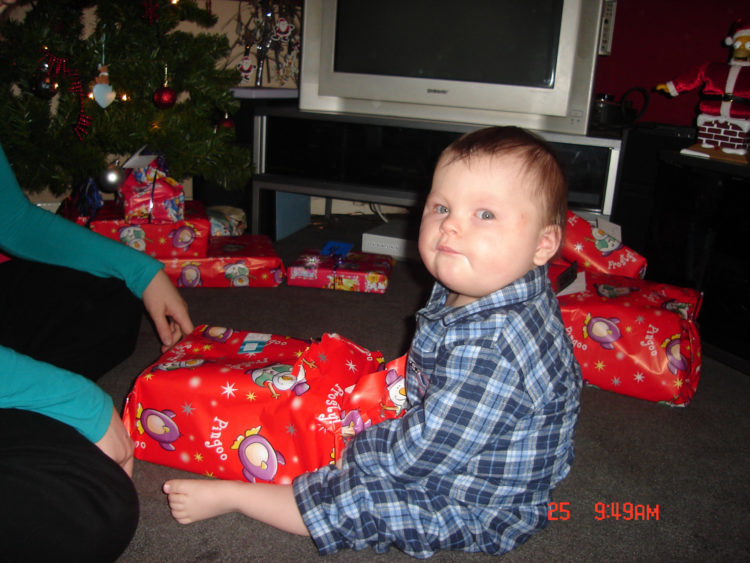 Calum finally received a diagnosis when he was 7 years old. It was a newly discovered genetic mutation “De novo mutation of CHAMP1 gene 13q34.” This was discovered through a genetic study we were lucky enough to take part in. If we didn’t do this, I don’t know where we would be right now. He is the only person in Scotland with the diagnosis and to date there are just over 100 cases in the world.

The most recurrent symptoms of CHAMP1 include global developmental delay/intellectual disability and severe speech delay/loss. Calum uses an iPad to communicate. I always say for someone who can’t talk like you and I, he is by far the loudest person you’ll ever meet!

I am so grateful to say that we have connected with most of the known CHAMP1 families through our Facebook group. We went from feeling alone, to having support from strangers who have become friends. In the children with complex needs world that we have become a part of you meet people who “get it.” However, with the diagnosis so rare you can share things with other CHAMP families, and I can’t even begin to describe how amazing this is.

I only wish we received the diagnosis when Calum was younger and connected with families sooner. We had seven very long years of being undiagnosed. We now have a virtual handbook for all new families who don’t have to go through the heartbreak of the unknowns like families like ours did. Many CHAMP families were in the same situation we were. I always tell new families the same thing. I completely understand that your world has been turned upside down right now, however, I only wish I had our support group when Calum was a baby. We wouldn’t have had so much worry and unanswered questions.

As our community is so small, it is down to the parents to push for research. A mum and dad who I’m proud to call my friends set up the CHAMP1 Research Foundation following their sons diagnosis. We do all we can to raise awareness of our rare community. We are hoping for some answers as to why the gene change has created the difficulties our children face and if there are any potential treatments out there that could help them. Our kids are writing history. They are the first group of many future generations of people who will be diagnosed with CHAMP1 gene mutation. There will be many people who have not been diagnosed. There will be CHAMP adults who will not be genetically tested due to their age.

My hope for the future is that we find out all we can on the gene. Research continues and if we are unable to help our kids, we can help future generations.

Our kids may have a fault in their CHAMP1 gene, however, they are now known as CHAMP1ONS. They face daily battles and they tackle them head on. We are so proud that we raise a CHAMP1ON.

Thank you for reading. Learn more about CHAMP1.

My son has a mutation of the CHAMP1 gene. There are only 105 CHAMPs in the world with this condition.

staceymcpherson
Want more of The Mighty?
You can find even more stories on our Home page. There, you’ll also find thoughts and questions by our community.
Take Me Home