Losing a Patient Through Suicide: A Therapist's Experience

Written with permission of Ethen’s mother, who has asked that her son’s story be shared to help others.

Most therapists will tell you that one of their greatest professional fears is losing a patient through suicide. This goes far beyond the fears of professional liability and the terrible anxiety that arises around potentially litigious events; rather, the suicide of a person we are treating and trying to help appears to go to the very core of why we entered this field at all. The subsequent grief, pain and feelings of helplessness closely mimics that of close family members; yet, there is very little written or presented on the topic of experiencing trauma like this as a professional… only on preventing it. This is the story of my former patient, Ethen, who was lost to this world by suicide on February 3, 2013. He was 10 years old.

Ethen had been my patient for more than a year when his family had moved too far away for me to see him anymore. When I was told Ethen had killed himself, I could not, in any way, wrap my mind around it. He made up his mind and told no one. Ethen didn’t ask for help because he wanted his pain to end. He didn’t want to be stopped.

I went to see Ethen’s mother the day after I knew. I could not create the combination of words that would bring comfort, could not wave my psychological, esoteric wand that would bring healing… I could do nothing. I could bear witness; that I could do. With her and for her, for Ethen, and for the surviving children, I stayed with her so she could tell me her story. I sat with this boy’s mother for hours and could not begin to make my mind go the place where I knew she was, though I tried. Even fathoming this type of pain and loss went beyond anything I could begin to understand. 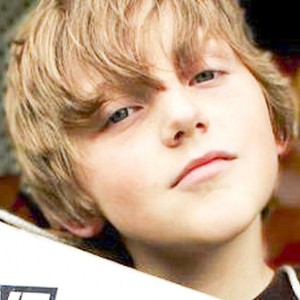 I was traumatized by the suicide of my little patient. I could not stop my mind from thinking about all of the things I might have done differently, despite having not seen him for a year, that might have changed the outcome. You see, I adored Ethen, his smile, his sense of humor and the ease in talking to and being with him. He wanted things to be better, wanted to do his part… he was a joy, and I always looked forward to seeing him. I knew he was bullied at school, had few friends and had some family problems that made his life difficult, and I took his pain seriously enough to hospitalize him at 8. But at 10, he took his life, and I never even got to say “goodbye.”

I did not return to work for weeks. I wasn’t sure I wanted to. Eventually, I borrowed from the courage of Ethen’s mother and moved forward. I knew I would need to change the way I did things — to be much more forthright about depression and ask the right questions, despite the age of the child I was seeing. Adults have a way of thinking we’ve cornered the market on psychological pain, but this is not the case. Children feel as deeply as adults, love as deeply and certainly suffer as deeply, but often do not have the cognitive ability to think through problems alone. Their own parents are afraid to ask their children if they are thinking of killing themselves and, as much as we might like to believe it isn’t so, therapists are often also afraid to ask that question. Everyone is afraid of knowing what to do if the answer to our question is “yes” — or even of then convincing the powers that be to take seriously the feelings and intent of our youngest charges.

It doesn’t matter how young our patients are, we must pay attention and confront our fears. No one knew anything was wrong with Ethen. He seemed happy and nothing seemed “off” to those who knew and loved him. Of course, Ethen knew; he had already decided when, where and how the pain would end. He saw no other option.

Not a day goes by that I do not think about Ethen, or his mother, or his surviving brothers. Not one.

We must reach out to one another as therapists, ask that parents reach out to us and the children to reach out to them. That is the parallel process. When it is working as it should, it could very well save a life.

Dr. Lori Lichte-Brill is a clinical psychologist in private practice, specializing in the assessment and treatment of individuals with an autism spectrum disorder and their families. She is the founder of Spectrum Village, a community of support for those on the spectrum in Phoenix, Arizona. Her Facebook page can be found at Spectrum Village.

lori-lichte-brill
Want more of The Mighty?
You can find even more stories on our Home page. There, you’ll also find thoughts and questions by our community.
Take Me Home