Growing up, I had a poster in my room that featured colors fading into one another. I used to stare at it intently, trying to figure out exactly where one color ended and the next began.

After my brother died by suicide, I thought of that poster. I wondered when Mike came to terms with the idea of taking his life. I imagined one solid color representing his will to live and the other representing the end of his life. Somehow, the first color faded to the point that it was eventually replaced by the second color. I used to agonize about just where the transition occurred.

10 years later, of course I still don’t know the answer. In fact, I’ve come to realize that maybe that’s not how his thought process worked at all. Maybe it was more like a Jackson Pollock painting, with wild and varied thoughts splashed all over. 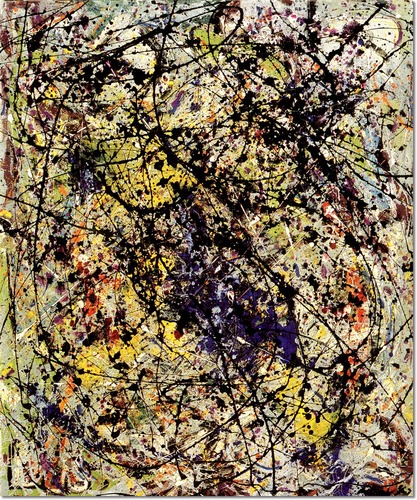 What I do know is that we can all take steps to address our own mental health that can help keep the anxious, fear-ridden thoughts we have from overwhelming the positive ones; whether it’s through therapy or medication or some combination of both. None of us is spared life’s challenges, sometimes to the point of tears that seem like they’ll never stop; but therapy, medication and other forms of treatment can offer a measure of relief.

I lost my mom to cancer a few years after my brother died. I was initially hesitant to talk to a therapist about how completely broken and lost I felt. In both instances, I thought, seeing a mental health professional isn’t going to make me stop missing them. It’s not going to bring them back.

That’s true, but I learned coping strategies for when the losses felt overwhelming. I learned how to identify thought processes that were creating stress and sadness and how to steer my mind away from them.

My therapist once told me that sometimes the value in talking about your problems doesn’t lie in finding a solution. It lies in simply sharing your thoughts with someone. I never realized how powerful that practice was until I started doing it regularly.

So if you’re struggling, if you find your good thoughts being nudged — or heaved — aside by darker ones, find someone you can talk to. Take care of your mental health and help to stop suicide.

I always appreciate people's willingness to talk about life's tragedies and challenges, because we can all learn from that.

jdomin
Want more of The Mighty?
You can find even more stories on our Home page. There, you’ll also find thoughts and questions by our community.
Take Me Home