October 23 was the second AFSP (American Foundation for Suicide Prevention) “Out of the Darkness” Walk held at Jones Beach I have attended since my partner Steve took his own life in 2015. This walk is aimed at bringing awareness to suicide and mental health issues, a cause near and dear to my heart. 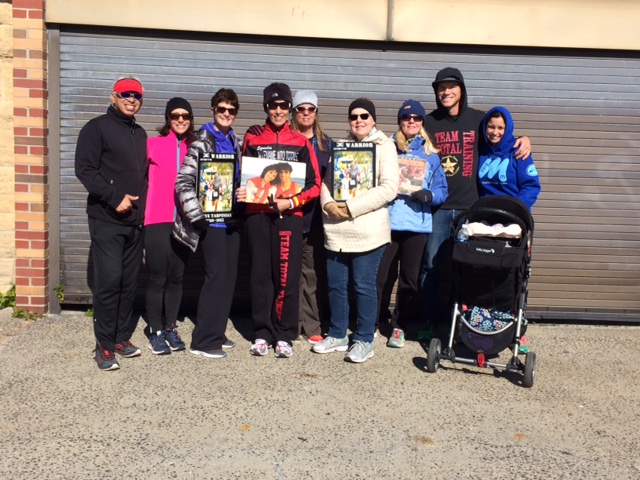 The event is especially poignant for me since it starts not far from the spot I first met Steve in 1981 and the turnaround is at Field 1, where Steve worked as a lifeguard for several years and where I have so many memories of times spent with him. Now, I walk without him, at a place we both loved so much, celebrating his memory, surrounded by close friends.

There were two other suicide survivors who I know and met there, who were walking for their moms lost to suicide. One of them shared with me that as the years go by after her mom passed, there were fewer and fewer people attending this walk with her each year.

I can see that happening already with Steve, as there were already fewer people with me on the walk this year. I get it. Life is for the living, and people are moving on with their lives. I am starting to realize, though, in the case of suicide survivors, we will never move on. Our lost loved one will always be with us, and we will always struggle to keep their memory alive.

I get the feeling I may have worn out my welcome with many in trying to keep Steve’s memory alive. People do not like to continue to be reminded of the tragic circumstances of his death. However, this will not stop me from keeping Steve’s legacy alive, and I will continue to tell his story to anyone who will listen.

One thing I do know for sure is that I have an inner circle of friends and people whose lives were profoundly impacted by Steve, and who will be with me for the long haul. I am so thankful for that. I am also so thankful to those who reached out to me this past week, telling me they wish they could have attended, but their circumstances did not allow. However, they were there with me in spirit.

Although, I had multiple meltdowns today and was highly emotional, I had an amazing moment. A woman I did not know, who lost her husband to suicide, shared with me that she read my article in Newsday about not hiding Steve’s cause of death and that it gave her the strength for the first time to talk about the cause of her husband’s death. She told me the story allowed her to lift such a heavy burden she had been carrying. I have always said, I will have accomplished my goal of helping others by telling Steve’s story if I could help just one person.

On such a sad day for me, it became bittersweet when this woman shared her story with me. I succeeded in accomplishing my goal.

When Steve, my soulmate of 33 years,took his own life on March 15, 2015, my world changed dramatically and my life was turned upside down. I began to take solace in writing about Steve and found purpose in trying to bring more awareness to mental health by telling Steve’s story. Seven months after Steve passed, I was diagnosed with Parkinson’s Disease. Now, in addition to Steve’s story, I am telling my own.