When I was diagnosed with bipolar disorder, I tumbled through an array of emotions in a matter of a micro minute. Surprisingly, my initial reaction was a sense of relief. I wasn’t expecting to find an odd sense of solace in someone telling me I had a severely debilitating disorder but I did. It wasn’t just the notion that I would have access to more specific resources for what I was struggling with by finally having a piece of paper that stated I was bipolar. It was also, in part, just the romance of knowing I had a word I could identify with.

Terminology has always counted to me, especially in regard to how we describe ourselves. I’m very much on par with the silly games we play as adults trying to find a sense of camaraderie.

“Hmm, my patronus is a hippopotamus.”

“I’m a Miami Dolphins fan all the way.”

It’s my observation that most people are like this, even when they consider themselves too cool to participate in the identity games. There is something to be said about it potentially being the overdevelopment of a natural behavior all humans have. We want to fit in. We want to find our “people.”

Being given an official diagnosis felt like I was being handed a new way to describe myself and my behavior. Overwhelmingly, I felt a deep sense of comfort in the fact that there was a word for what all this felt like. Being granted that badge (of which is neither a positive or a negative attribute to who I am), felt like I was being admitted into a society of people who felt just like me.

I am admittedly a bit of a loud mouth and maybe a smidge self-absorbed sometimes (like most bloggers) — so I took to my diagnosis and shouted it from the rooftops as soon as the anxiety surrounding it subsided. I immediately declared I wouldn’t be a victim of stigma but realized it isn’t my choice how the world views me. It can be, however, my choice how people address me.

Imagine for a moment that you had just been told you have a physical illness. Imagine living in a society where discussing your illness was decidedly considered against the rules. There are support groups for your illness, rallies in support of the disorder and resources available for those affected by it. However, by exposing yourself to these resources and support systems, you have to accept that everyone around you is going to know you have the illness and everyone is going to assume you embody all the traits of someone who has it. But they’re going to focus on the negative ones (I guess you’d also have to pretend there are negative traits associated with having the illness, but you get my point).

We live in a society where openly admitting to being bipolar (or having any severe mental illness or disorder) is considered taboo. I’ve always found it totally asinine that I have to live with the constant ebbs and flows of what it means to be bipolar, but rather than express my discomfort freely in pursuit of support, I have to tiptoe around how I address it because it’s apparently my responsibility to not make others feel uncomfortable by owning and expressing my truth.

That right there is a contributor to the stigma surrounding mental illness. You would never tell someone to stop talking about their lives with a serious physical illness. You would likely sit in support and understanding and encourage them to discuss the hardships they were suffering from (as you should).

People who suffer from a severe mental illness or disability but seemingly require low support (we’ll talk about what that means later), are often not granted that comfort. From my experience, bipolar disorder, borderline personality disorder and adults on the autism spectrum are often populations who are expected to talk about their struggles minimally for the sake of society’s contentment.

So I’ve compiled a short list of quick tips for the loved ones of people with mental illness and “invisible” disability. If you’re genuinely interested in supporting us, using the right terminology is a great place to start.

I’ve noticed an increasing amount of mentally ill people in their 40s and younger casually referring to their state as “crazy.” More often than not, it’s at either extreme: Self-deprecating humor or when experiencing crisis. My suggestion to neurotypical people is to just not use the word when you can help it.

I will say, I have yet to run into someone with a mental illness who took offense to someone using “crazy” as a descriptor for an event, situation or environment.

This is one of those things surrounding those with mental illness designating their own culture and making the rules. Right now, it’s my understanding that referring to one’s self as “crazy” is a personal choice and should only be used by someone with a mental illness.

It’s incredibly harmful to call someone with a mental illness “crazy.” Additionally, when we refer to ourselves (especially during crisis) as feeling “crazy,” it can be triggering (I don’t care, I’m not abandoning that term because it’s a joke now).

To be told “you’re not crazy, you’re just…,” this one is tricky. You’re not wrong but sometimes it’s best to just listen and let your loved one with mental illness express themselves organically.

This one bothered me immensely, even before I was officially diagnosed.

I’m not going to hold anyone’s hand through this one. Using our condition as a descriptor for your fluctuating preference in coffee flavor or your abusive behavior towards your boyfriend, is super not cool. It’s not possible to be bipolar about specific things. You either are (and it affects everything in your life) or you’re not. Using phrases like this ultimately just makes you look like an insensitive asshole.

OK, I’ll hold your hand this time because this is a fairly recent development in terminology preference.

I have referred to myself in the past as a high-functioning person with mental illness because I’m capable of doing a lot of “normal” things like cook, drive, maintain a job and (usually) keep up with my personal hygiene. It’s an easy way to say, “When you first meet her, you can’t tell she’s bipolar.” Although the mood disorder community hasn’t taken such a strong stance against “high-functioning” and “low-functioning” as descriptors, it’s been largely voiced by the autistic community that this is incredibly offensive.

In short, one’s level of capability to do “normal” things is a very broad spectrum and can’t be summed up in two categories. It isn’t your place to essentially grade how good someone is at fitting in and perpetuate the idea that the side effects of some people’s disorders are easier to handle and accept than others.

This one doesn’t bother me as much as the other ones I’ve listed, but it still feels weird that you can’t just say, “She has bipolar disorder.” As awareness for mood disorders (and all mental health) grows, it isn’t unfair for us to assume people will become more cognizant of what our disorders typically look like. If you don’t know what bipolar means, just ask. If you do know what my disorder looks like, you could technically say, “She suffers from severe mood swings, delusions, suicidal ideations, etc.” Or you could just say, “Yeah, she’s bipolar.”

If you have questions regarding terms like “disabled,” “special needs” or “handicapped,” you should ask the specific person you’re trying to address. In my experience, the general vibe on these types of descriptors varies from person to person and it’s going to show that you care by just straight up asking them how these words make them feel.

I will say there is a pretty large movement to start addressing people with invisible disorders as “neurodivergent” and someone that does not suffer from these conditions or disorders as “neurotypical.” This is ultimately a building block to the shift in society and founding of our own culture as those with mental illness and who are impaired. Neurodivergency as a term addresses the similarities in behavior and symptoms across the board: Mood disorders, personality disorders, behavioral disorders, autism — the list goes on.

Personally, my relationship with the way people choose to describe me when I’m not around is less important than the way I’m supported in describing myself. Don’t get me wrong, I fully believe it is everyone’s responsibility to help end the stigma and your choice of words absolutely helps (or hinders) in dismantling it. However, it doesn’t take much effort on your part to just let us navigate our diagnosis and identity as naturally as we can. The most helpful thing you can do is follow suit.

While writing this, it occurred to me that my ex-husband never once addressed me as bipolar, unless it was meant to take me down a notch. He never said anything along the lines of, “I recognize you have a disorder and this might be difficult for you.” By the time I was diagnosed, our relationship was already failing and our genuine communication was limited. I realize in retrospect how much it would have meant to me if he had just used a few simple words to validate my experience.

Everyone, neurodivergent or otherwise, seeks validation. It isn’t fair that we, as people with invisible illnesses, are expected to accommodate those around us by not discussing what massively affects us. That is essentially asking us to continue to perpetuate the stigma that ultimately causes us a great deal of harm.

No, I’m not different. I mean, I am. Just don’t use “different” as a descriptor while you dance around saying what you really mean. I’ve worked hard to accept and understand the truth of my condition and I don’t think it’s asking too much for you to do the same.

Share
or  Copy Link
Link copied to clipboard.
Be first
266 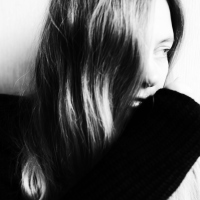