How the Art of Avoidance Helped My Mental Health

Many years ago, someone told me about a story she’d shared with a friend who was a doctor.

A nurse she knew was experiencing high levels of anxiety when doing particular tasks; a fear that one mistake could lead to the decline or even death of a patient.

The nurse had been honest with colleagues about her anxieties. They had responded by taking from her the tasks she was most fearful of, enabling her to concentrate on areas of her work which generated less anxiety.

In response to this story, the doctor replied that — as well-meaning as her colleagues may have been — this was not the right approach.

His reasoning, was that “catastrophizing” (a common symptom of clinical anxiety in which the patient is transfixed with the fear that one action will snowball to the worst imaginable outcome) isn’t treated by avoiding the situations that make us anxious.

Doing so risks creating a vicious circle of a different kind: one that involves further and further retreats from the things in life we find difficult to handle, thereby having an even more detrimental impact on our mental health and ability to live a full life in the longer-term.

Instead, the way to tackle it is by supporting the individual to find coping mechanisms to deal with these — often irrational — anxieties.

This argument seems like a perfectly common-sense approach, however it relies on a huge assumption: that the more we do something, the more confident we become at doing it.

I work for a nonprofit organization that works with people with learning disabilities, autism and long-term health conditions. In my organization, and indeed across the nonprofit sector as a whole, the idea that people overcome their anxieties by coupling coping mechanisms with exposure to those situations, is unquestioned orthodoxy.

But as someone who experiences and is medicated for chronic anxiety, I find in my personal experience, this rationale should at the very least be questioned.

The story of the nurse was told to me many years ago, but more recently I have found myself in a similar situation. There were certain tasks at work that I found to be immensely stressful and anxiety-inducing. Despite having done these tasks — such as helping to run creative workshops — repeatedly for over a decade, they never got any easier. My irrational ruminations would carry an ever-present dread in the lead up to the session, despite the fact that these workshops were almost invariably successful and would take place without incident.

I learned that the underlying reason for my anxiety was my need for predictability in my everyday tasks. For me, fear lies in the unexpected. Due to the relatively large numbers of people engaged, workshops were unpredictable situations in which one can only ever have a certain — and to my mind unacceptably low — level of control. 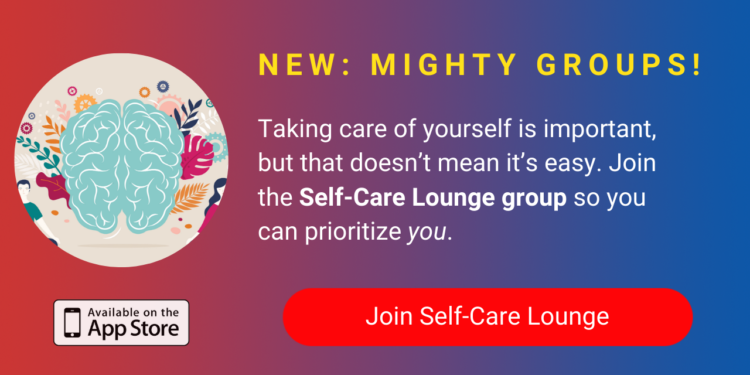 So a few years ago, I decided to start avoiding this type of work. As a senior co-founder of the organization I work for, I was able to reshape my role accordingly, something I was very lucky to be able to do. This didn’t involve identifying and removing all the tasks from my role that I find stressful, but it did involve reducing how often I had to do them. Since then, I have experienced significant improvements to my mental health, and each time I do need to lead a task that induces the same anxieties, I am reminded of why it was such a good move in the first place.

Clearly there is a trade-off between the benefits of avoiding anxiety-inducing situations on the one hand, and being able to life a full life on the other.

Perhaps there are some anxieties, like a fear of ever leaving one’s house, or — who knows — perhaps the tasks the nurse felt unable to carry out, that should always be overcome rather than accommodated. Clearly, there are many anxious situations people find themselves in which they don’t have the privilege of being able to avoid.

However, the questions I want to leave with you are these.

To what extent should helping people living with anxiety to identify and avoid (rather than deal with) stressful situations be part of the support they are offered?

To what extent should employers and people in power support those with anxiety to avoid situations where they don’t have the freedom to avoid themselves?

In the same way as the social model of disability puts the onus on society to accommodate disabled people by removing barriers to their participation, to what extent should people struggling with anxiety be expected to simply “cope” with situations, and to what extent should they be navigated around the situations they find most terror-inducing?

Does avoiding stressful situations, including — importantly — those where the anxieties are considered somewhat “irrational,” have an undervalued role in helping people deal with their anxiety?

Either an "experiencer of mental health challenges" or "a mentally ill person" depending on how I'm feeling today; medicated; gradually identifying as neurodivergent; proud Northumbrian. UK-based Film &amp; Radio Producer: trying to increase the meaningful inclusion of disabled, autistic and neurodivergent people in the UK screen industries.

willsadler
Want more of The Mighty?
You can find even more stories on our Home page. There, you’ll also find thoughts and questions by our community.
Take Me Home