How Teens Handled Loneliness, Fear and Isolation During the Height of the Pandemic

Now that we officially finished with toilet paper and gasoline hoarding, it’s time to assess the damage. More importantly, what are the long term consequences for the 67 million American teenagers known as Generation Z?

Like the pandemic, the Great Depression was a time of extreme desperation. One in four families were unemployed. People went hungry or were under-nourished in record numbers. Jobs were scarce in the 1930’s and pretty much everything was in short supply, including hope.

Surprisingly, academic studies later confirmed that this deprivation and extreme anxiety had very few long-term repercussions on children. The Great Depression actually produced happier, healthier adults, who proved more resilient and mentally stronger when it really mattered. Those resilient teens of the Great Depression re-entered the pages of history again in 1945 as the Greatest Generation. And their grit and determination saved the world.

Like their counterparts of nearly 100 years ago, 53 percent of American teens said they became more resilient and stronger mentally during the pandemic. The findings are a result of a 2020 study by the Institute for Family Studies. So how did this happen?

In this country we are overworked and overstressed. Our lifestyle and pursuit of the American dream is killing us, and our families. But in the midst of this worldwide contagion, the American family made a comeback. We were forced to abandon the physical office and school. The kitchen table was converted to a makeshift Zoom studio.

American teens were already spending more time at home. The percentage of 16-year-olds nationwide with a driver’s license had already been decreasing, according to a University of Michigan study. And Americans stopped spending two hours a day commuting in trains, school buses and cars. Historians will look back on this as the largest sociological change in American history.

As a result of this change, American teens reported an increase in the amount of quality time spent with their families. With no commute and few extracurricular activities, American families simply slowed down. The kitchen table was repurposed again. More than half of the Institute for Family Studies survey respondents suggested their families ate dinner together more often. Those meal times allowed for more and deeper conversations at a time when teens desperately needed their parents for emotional support.

The most connected generation in history was well aware of the protests and riots that occurred from late May to June 2020. An amazing 60 percent of teens had heard a lot about them, and 31 percent had some awareness. The violence and protests took an emotional toll, with 70 percent of teens feeling anxious or worried as a result.

With more family time, teens were ostensibly able to explore deeper conversations on matters of race relations, police shootings of George Floyd, Breonna Taylor and Ahmaud Arbery, and the vitriolic political discourse of 2020.

These meal times allowed parents and children to reconnect. But they also facilitated an opportunity for siblings to reestablish their connection. A whopping 68 percent of teens suggested that their families had become closer as a result of the lockdown. More importantly, those same kids reported much lower rates of anxiety and depression. 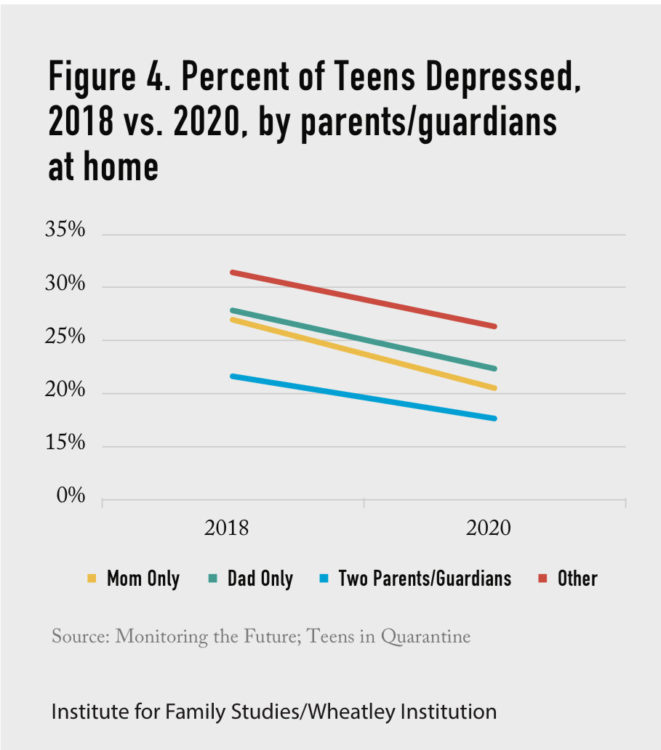 Virtual home-schooling had other positive outcomes. The time previously wasted on school buses was repurposed. Teens reported a significant increase in the amount of sleep when compared to pre-pandemic levels. Those who slept seven or more hours per day reported rates of depression at nearly half of those who slept less than seven hours. 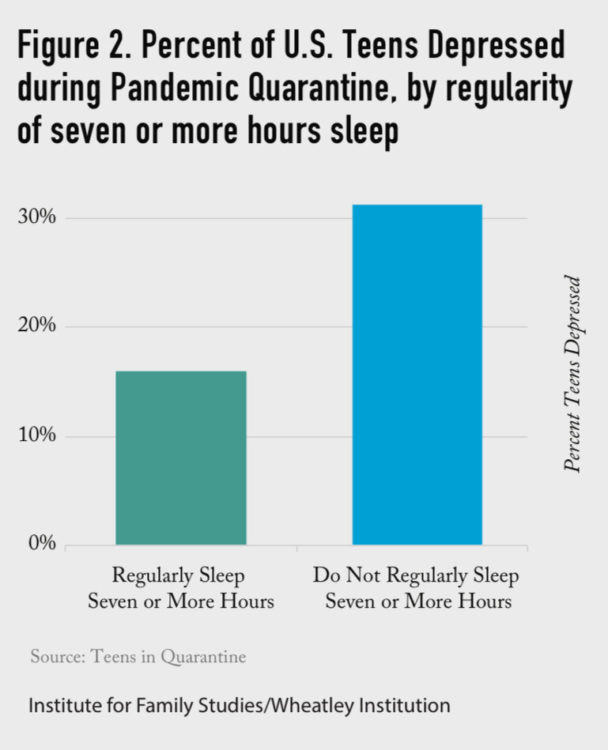 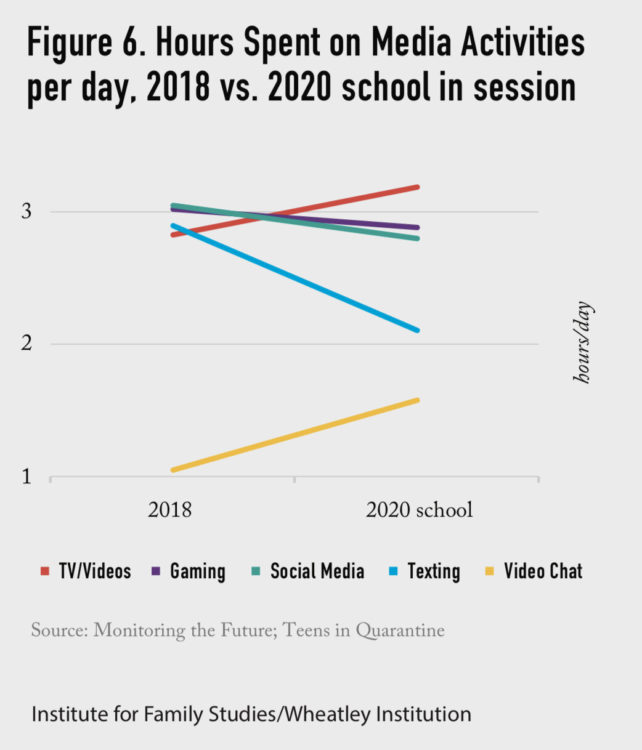 As the country returns to some level of normalcy this summer, it’s safe to ask the question: Will Americans return to the hyperactive lives they once knew? The go-go lifestyle that led our children to higher teen suicide rates than most developed countries? Or will we learn from this experience, and simply embrace our happier and healthier children and families as a gift of the pandemic?