Today, on Disability Day of Mourning, we remember our community’s fallen warriors and those who survive them. The disability community is getting stronger and more self-aware. Our generation is changing the world in incredible ways, but the warriors from previous generations fought for our disability rights. Our neurodiverse peers sacrificed their lives to make life for our generation safer and more accepting. We may think living with disabilities today is hard — and it can be — but it was extremely difficult back in the day too. Those who came before us in the disability community can teach us valuable lessons. In remembrance of those we lost, we need to look back at three things: the Holocaust, the Woodlands School, and the rise of the disability rights movement.

Today, we have many social movements, like Stop Asian Hate, Black Lives Matter, and International Persons With Disabilities Day, but long before any of these movements began, the Holocaust threatened to destroy everything our ancestors fought for. The Holocaust was a systematic “ethnic cleansing” genocide under the Nazi regime, and it occurred from 1941 to 1945. During this period, German soldiers murdered millions of Jewish Europeans through work labor, starvation, forced killings, and antisemitic acts.

Nazi soldiers also subjected disabled children under age 3 to “mercy killings” as part of the Tiergartenstrasse 4 (T4) program. The program also selected people with disabilities in prisons, nursing care centers, institutions, and schools for sterilization. Approximately 250,000 children with disabilities were murdered by the Nazis.

Prior to the Holocaust, there weren’t any support workers, disability community events, or adaptive technologies, but unfortunately, there was the Woodlands School in British Columbia, Canada, which was one of many institutions. At that point, it was common to institutionalize people with disabilities, but this process was frightening for many of the people who were forced into these institutions. Being institutionalized prevented people with disabilities from seeing their parents, families, and friends. Many of them also faced abuse in these institutions. Neurodiverse advocate community Inclusion BC states that the Woodlands School was originally presented as a modern way to treat people with mental illness and intellectual disabilities but instead was criticized for not providing adequate care and support for its residents with disabilities. 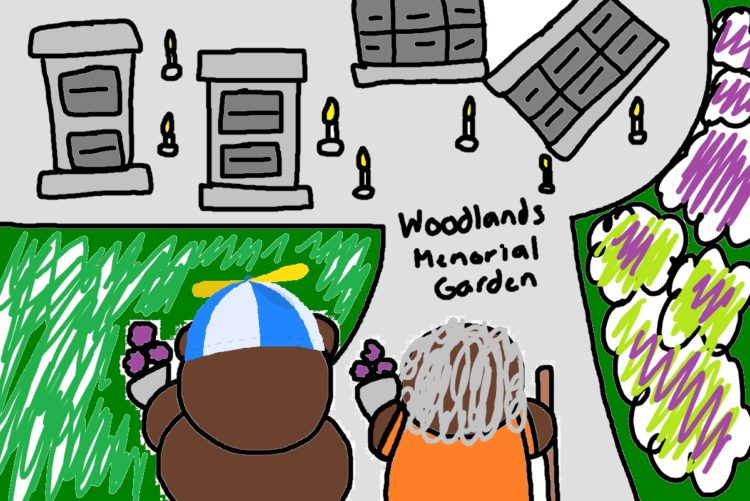 Today, on Disability Day of Mourning, we must pay our respects to those who died while fighting for disability rights and those who witnessed those deaths. The generations that came before us fought for people with disabilities to have a better future, and they can encourage us to keep pushing forward. Today, as we remember those with disabilities who have passed away, we must remember this strong metaphor about our elders: “When an old person dies, a library burns to the ground… older people tell about their lives… such as death of a child, divorce, or illness… stories help us peer into the past and make pathways into the future… build your library before it’s too late.”

iamautisticandhappy
Want more of The Mighty?
You can find even more stories on our Home page. There, you’ll also find thoughts and questions by our community.
Take Me Home