In 2017, my son was diagnosed with a rare disease called febrile infection related epilepsy syndrome (FIRES). Many kids diagnosed with FIRES do not make it past onset, and those who do live a life constantly experimenting with anticonvulsants and other therapies in hopes of finding something that works. At onset, likes most FIRES patients, my son was put in a medically induced coma just to control his seizures. Since then, because his seizures are considered intractable (not controlled by first-line anticonvulsants), he has been on and off so many medications that I have lost count. Currently, he is taking five anticonvulsants, which translates to 19 pills plus liquid medication every day.

Earlier this year, my son underwent vagus nerve stimulator (VNS) surgery. He now has an implant with a lead attached to his vagus nerve that sends a maintenance shock through the nerve to his brain every three minutes. This device has been so successful for my son that (under his neurologist’s supervision), he has been able to wean completely off one anticonvulsant and is almost finished weaning another one. This is a huge win in the FIRES world.

Weaning medication, though, can cause complications.

The medication we are currently weaning is Trokendi — an extended-release version of Topamax (Topiramate). The reason my husband and I really want our son off Trokendi is because it slows down cognitive processing, and we want him to be successful in school. He has had Topiramate in his system for over two years and is very sensitive to even slight changes in medication. So, although we are weaning slowly, it is causing him to experience withdrawal symptoms.

My son has a withdrawal pattern. We’ve weaned so many medications over the past couple of years that by now, my husband and I are very familiar with his patterns. We usually decrease his dosage on a Friday. This means that by Monday, his body feels the drop, and his behavior is not the best. His behavior is ‘off’ for the next few days. By Thursday he may be a little unfocused, but is mostly back to normal. Then when Monday comes around again, he starts having withdrawal seizures. He’ll have one, sometimes two seizures a day for three to five days around the time that he would normally receive the medication. Since he takes Trokendi in the evenings only, the seizures usually happen around 8 p.m. After a few days, his implant finally catches on (the device learns the seizures patterns) and starts preventing the seizures. If the seizures have been mild, we drop again that Friday. If they have been severe, we give him another week to recover, then resume the wean.

Rewind to two weeks ago. My son had his first week of school. It was great. His behavior was on point, which is saying a lot for a kid who is on five anticonvulsants twice a day. No complaints from his teachers whatsoever. At the end of the school week, that Friday, we decreased his Trokendi dose. So, when Monday rolled around, I wrote a note to his teacher explaining that we decreased my son’s dose. I wrote that he may be extra shaky and he may display withdrawal symptoms such as mood swings and anxiety, and although it’s not likely at this point, to just be cautious and look out for seizures. It turns out, he was extra shaky and had a hard time holding his pencil and writing. His teacher noticed he would get frustrated trying to write and was very encouraging. Apparently though, towards the end of the day in art class (with a different teacher) was when the mood swings and anxiety set in. When I picked him up in the car line, the teacher on duty told me that the principal wanted me to know my child was “acting out.”

I explained to the teacher on duty that my child was experiencing a drug withdrawal — that he was not “acting out.”  Educators Need to Show More Understanding to Kids Living With a Rare Disease It didn’t matter to her though. She had delivered her message.

My son came home and cried himself to sleep in my arms.

Thankfully, the next day was an already scheduled IEP meeting.

That morning, I explained to everyone in the meeting that adults going through withdrawals have the luxury of rehab, but chronically ill children with rare diseases, who are constantly changing medication don’t get that option — because this is their way of life. I explained my son’s withdrawal pattern, and how they would be dealing with the behavior issues, but I would have to deal with the withdrawal seizures the next week. I explained that despite his behavior, my son was doing well for a 9-year-old experiencing withdrawals — that I had seen him experience much worse behavior due to withdrawals. I explained the difference between “acting out” and experiencing withdrawals, how the latter simply could not be helped.

I also explained that treating him like he was “acting out” was damaging. I suggested there was a better way to handle things. I explained that a hug, an “I’m sorry you’re feeling this way” and a “this is not your fault” goes farther than discipline. That given what was happening to him, he may just need to feel reassuring arms wrapped around him and cry.

In the end, they all seemed to understand. They saw the scared little boy, unsure of why he was feeling the way he was. They saw that this wasn’t his fault. They understood that going through this to get him off medication added to his quality of life. And they saw that this was nothing compared to what he had already been through.

Now it is Monday again. His behavior is back to normal, but the withdrawals are not over. Tonight, I wait for the seizures, and hope the world is a little more understanding towards my child in the future. 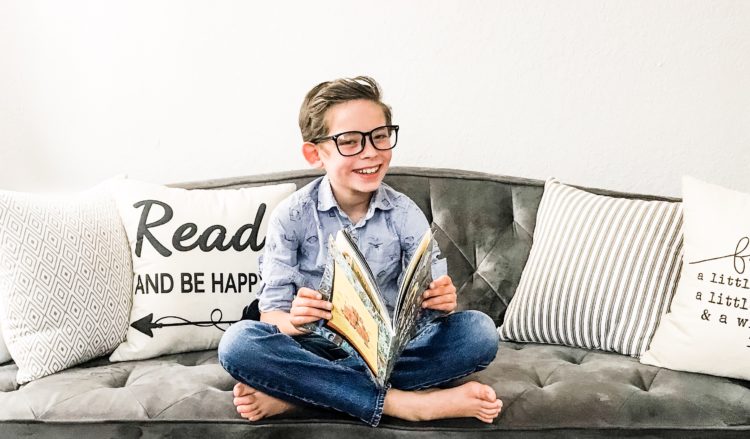 Do you want to share your story about parenting a child with a rare disease? Click here to find out how.

Desirae is a military wife, special needs mom, music teacher, and worship leader. She enjoys reading, writing, and game nights with her family and friends. Follow her on davidfightingfires.wordpress.com.