Before the dating world was about swiping right or left, I met my husband online. It’s something I was a little embarrassed about sharing for a long time, especially while being a morning news anchor. The year was 2013, and while online dating was becoming more common, it was still a little taboo. At the time, my Crohn’s disease was a secret from the public. Much like the backstory of my health, I wanted to keep my love story under wraps.

So, when I signed up for eHarmony on a whim after attending my co-anchor’s wedding, rather than putting my location as Springfield, IL (where I lived and did the news), I told a little white lie on my profile and said I lived in St. Louis. I know, I know… a little shady! But hear me out. I chose to do this to disguise my identity and vowed to myself that I’d be upfront and honest with whoever I spoke with about where I lived from the initial conversation. I also told myself I’d hold off on sharing that I had Crohn’s until I met someone worth my time and deserving of my energy. It wasn’t something I would share over email or on the phone prior to meeting.

I was on eHarmony three days before I met Bobby. Yes, three days. I feel incredibly fortunate that after years of dating and not finding the right person that all it took was a couple of emails and some phone calls. As soon as Bobby and I started talking I gave him an “out” and said I understood if he wasn’t interested in long-distance (90 miles apart), but he said he didn’t care and wanted to meet me. He drove to Springfield on a Wednesday after his workday and took me to dinner. Little did we know that would be our last first date.

From there he visited me the following week and we went out for Mexican. Two dates in, I didn’t feel ready to disclose I had IBD. But as the days turned to weeks and I started feeling closer to him, I knew it was something I had to get off my chest. 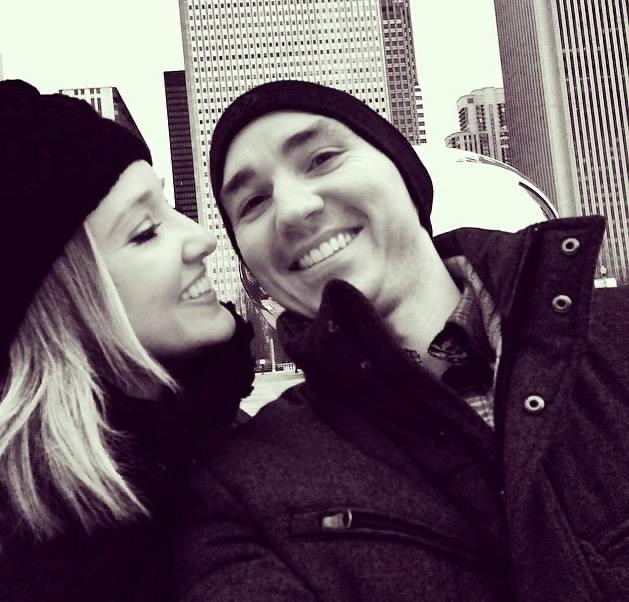 Disclosing to My Boyfriend (Now Husband) That I Have Crohn’s

On our third date (almost a month of talking/hanging out) we went to a boathouse and had lunch outside on a gorgeous St. Louis August afternoon. I was nervous, but at this point in my patient journey (eight years in) I felt confident about my IBD elevator speech. After the appetizer arrived, I let him know I had Crohn’s disease. I explained what it was, how it had affected me, the medication I was on, but more so than what I was saying, I was paying more attention to his verbal and non-verbal cues.

In that moment, Bobby made me feel comfortable and he didn’t seem phased by what I had shared. Not in a dismissive way, but in a way that made me feel like just with the distance, my disease wasn’t reason enough in his eyes to explore other options. 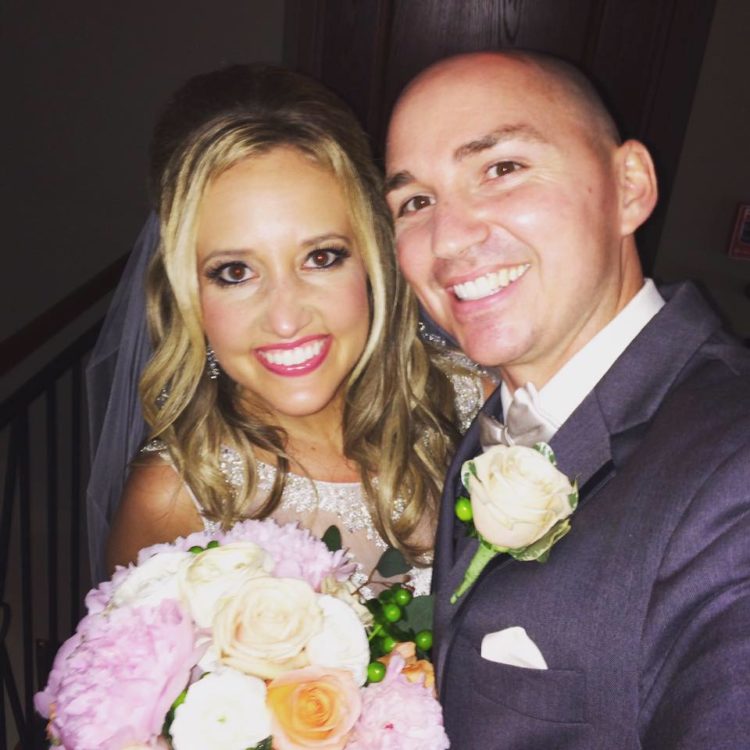 1. Don’t make your IBD the headline on your profile. While your IBD is a big part of who you are, it’s not your whole identity. It’s not necessary to include you have a chronic illness on your dating profile unless you feel so inclined. Personally, I wouldn’t give someone the privilege of knowing that side of you unless you feel they are worthy. At the same time, if you have an ostomy and you prefer to share photos on your profile — more power to you!

2. The cliff notes version of your health story will do. When you decide to share that you have IBD with your partner, don’t be doomsday. Don’t go on…and on…and on…about how debilitating and horrible it’s been and how miserable you are. Give a high-level elevator speech that simplifies it a bit. You don’t need to downplay how hard it is, but allow your partner to take some initiative and educate themselves and ask questions when they have them. How you share and present your illness to someone who may have never heard of IBD will have a lasting impact.

3. Don’t settle. Trust your gut. If a partner is making you feel uneasy or unhappy, don’t make excuses for them. Read between the lines on a person’s dating profile — see if you think their personality traits and interests will compliment you and your needs. Not everyone is nurturing and empathetic. If you see red flags that your partner lacks in those areas, think about whether it’s going to be a healthy relationship for you.

4. No need to be shy! When we’re battling our health, often the thought of being vulnerable and open with a stranger can seem overwhelming. IBD is complicated and the stress of a new love interest can make us feel a bit out of control. But it can also be an exciting, sweet distraction from health challenges. Love gives a sense of normalcy. Just because you have IBD doesn’t make you unworthy of deserving love. Think about the type of partner you want holding your hand as you battle a flare from a hospital bed. 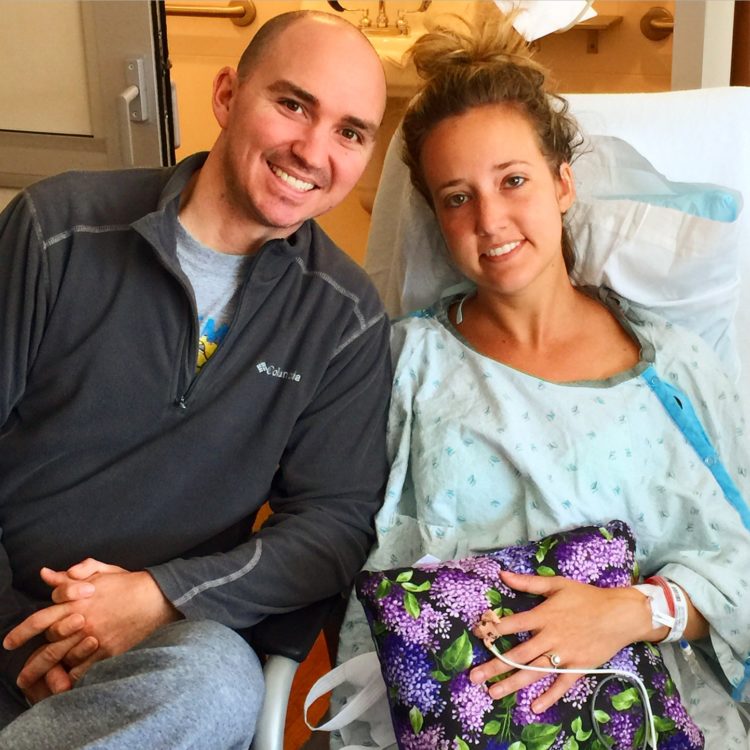 5. Love doesn’t need to stop because of the pandemic. I’m an old married woman now (ha), going on eight years since I was on eHarmony and matched with Bobby, but I wouldn’t have it any other way. There are so many sites and apps these days, I don’t even know all it entails. Gone are the days of only eHarmony, Match, and Plenty of Fish. If you’re feeling lonely and isolated like so many of us during this pandemic, and you’re single with IBD, don’t feel like you have to press pause on finding a connection or your person.

What IBDers Have to Say About Finding Their Match

Erica: “My husband and I met on Coffee Meets Bagel in 2017. We texted three weeks before meeting. I told him I had Crohn’s after texting a couple of weeks before we met. I had to reschedule our first date because of a health issue and didn’t want him to think it was because of him. I also felt like he should know what he was getting into.”

Michelle: “I met my husband in 2015 when Hinge came out! I was having a flare and threw up on our first date! I met him when I was going through getting diagnosed and he was so supportive through it all.”

Christine: “Disclose early on! I disclosed at about two months of dating with my fiancé and I felt like things could go further. I think it’s something the other person should be aware of. Not everyone is ready for that you need to know that you will be supported through that journey! We connected through Facebook! Sounds wild, but here we are!”

Sarah: “Dating/meeting people is so hard nowadays and then throw in a chronic illness and it doesn’t make things easier! Personally, I prefer to be upfront about my UC because if the person is going to like me or if this is going to work out, they are going to have to be on board with my UC, too! Whether I like it or not, it’s a part of who I am.”

Ryann: “I met my husband in 2017 and I told him on our second date. Our friend set us up and she had already shared that I had IBD with him. Previously, I had told other guys on our first or second date. One guy came back and apologized for being so weak and not contacting me again after that date. I didn’t reply, more because I didn’t blame him, but also because I found him to be incredibly dull! This was back in the beginning days of Tinder!”

Natasha: “I like to share early (in or around the first date) about my health so I don’t develop an attachment if they aren’t comfortable with chronic illness. Usually, it leads to a good conversation either way. Recently, I shared about my Crohn’s over text message and the guy was very inquisitive and only wanted to learn more, about me and about Crohn’s! I also have a pic of me with my ostomy in my dating app profile. It’s subtle, but if you know it’s there or know what an ostomy is, you’ll know immediately what I have.”

Payge: “My Tinder profile pictures had me with my bag and my current boyfriend Googled what it was before he messaged me. He told me when he knew what it was, he instantly thought “I want to take care of this girl” …that’s how it went for me!”

Allison: “You don’t have to share any more than you’re comfortable with—if you want to disclose in your profile, great! If you wait until date number five, that’s OK, too! There are no hard and fast rules for when or how you should share your story with someone. It’s your story and every situation is different. Anyone who responds negatively or acts as if your illness will be a burden is not worth your time. The right person won’t care. Remember — nobody is perfect. Your vulnerability might allow the other person to share something they’re also trying to figure out the right time for. I’ve been online dating for five years now, met my current boyfriend on Hinge in September.” 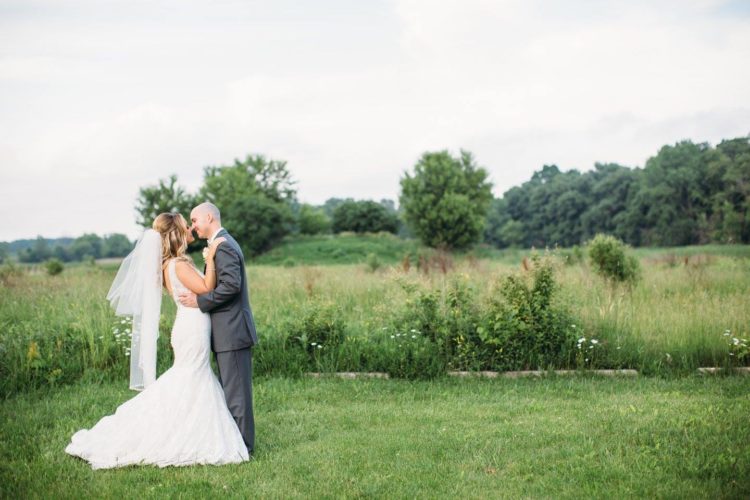 Do you have tips for dating with a chronic illness?