When I was a little girl in Montana, we didn’t have a big, fancy TV, but I can still remember snuggling up next to my siblings on the couch as we popped “Back to the Future” into our trusty old VHS machine. Marty McFly was the epitome of cool, and I was pretty sure I was too, rockin’ my crimped hair and denim skirt.

I loved this character (and Michael J. Fox) when I was growing up. Who didn’t have a crush on Marty McFly and his sparkling side-smile? Marty was cool and saved the day so the future didn’t collide with the past.

Then, when I was 18, Michael charmed me again. I learned he had named his baby girl Esme. I thought it was the most beautiful name I had ever heard, and I tucked it away as my secret baby name. Most moms out there know what I mean. This name is one you never tell anyone for fear they will use it first. The only person I ever told about the name “Esme” was my best friend, Kelly. I would keep that name secret until I had a baby girl of my own.

But before that happened, my husband, Casey, and I had a little boy, Ford Canon Parks. Ford was born just over five years ago now. Let me tell you a little about him.

Ford has piercing blue eyes and a wild mop of curly hair that’s so blonde it looks white. It reminds me a lot of Doc’s hair in Back to the Future. I’ve never cut his hair, nor do I brush it. He tries harder at everything than anyone I’ve ever met, and he has an infectious laugh that could warm the Grinch’s heart.

Oh, and I suppose I should mention one other thing.

Ford was born with a rare disease called CTNNB1 syndrome. His body doesn’t produce enough of a protein called Beta Catenin. Unfortunately, that protein does a lot of jobs. Without it, all aspects of my son’s growth and development are affected – including that wacky, wonderful hair. I am looking at him right now, and he has this long corkscrew curl that sticks straight out from above his left ear. It’s my favorite.

His tone is very complicated. No, not the kind of tone people are usually talking about when they use the word. Ford can’t speak, but what I’m talking about is his muscle tone. He has super low tone in his trunk and just-as-super high tone in his arms and legs. Imagine carrying around an excited kangaroo in a sack — a little bit of dead weight but with these wild limbs that kick and punch and kick and punch, usually when you’re least expecting it.

Up until I had my son, I had thought of Michael J. Fox mainly because of my teenage crush on Marty McFly (and because I loved his baby girl’s name!) But now I began to realize that Michael had a role in my adult life too: He and Ford have a lot in common. Medicine. Disease. A zest for life no matter what. I was sitting in a clinic room at the neurologist, and she told me the new drugs Ford would need to take are typically prescribed to Parkinson’s disease patients.

When I had my son, my life changed in ways I never imagined. I was re-inserting my child’s nasal feeding tube, going to hours of weekly appointments, and running my own business as a hairstylist, where I had to pretend everything was rosy. I listened to my clients’ joys and sorrows and everything in between. Every day, I left work feeling even more depleted. I felt like whatever breath I did have left in me I was freely giving away to client after client. It started to feel like even breathing was a chore. It was my new normal — even though I knew it was not “normal.” I didn’t know this was anxiety. I had never had anxiety before. I didn’t know anxiety involved living in the future — which I was doing twofold. I was grieving the future of this fictional life I thought I would have, and I was also living in another fictional future in which my son’s life span was shortened. I was in a constant state of “back to the future.” It felt like torture.

I realized Michael J. Fox had probably fought that fear too and fought to retain optimism about his life and future.

Over this last year, I have felt a tweak here and there in my back. Ford is only 5 years old, and lifting him is already starting to take a toll on my body. It scares me — terrifies me, really. What if I injure myself and can’t pick him up? I have to pick him up. I can’t just tell him, “Sorry, Ford, Mommy can’t get you out of bed today because her back hurts. Sorry, little dude, I can’t pick you up, so can you walk the rest of the way?”

I will likely be lifting this boy for as long as I live — or at least for as long as I can. I knew I had to get serious about my physical fitness, so we recently invested in the Mirror, an amazing work-out-at-home system. It’s an investment we made to ensure I can be strong enough to lift this beautiful child from his bed to my lap. From my lap to his wheelchair. From his wheelchair to the car seat.

And once again, Michael J. Fox is there.

There’s a dresser next to where I work out in front of the Mirror, and on it is “No Time Like the Future: An Optimist Considers Mortality” – Michael J. Fox’s most recent book. I put it there after I finished reading it. I can’t bring myself to move it because It feels like it’s meant to be there. It reminds me of what I am fighting for.

Sometimes I remember photos of Ford that bring me back to the future. (Nobody ever gets time travel right in the movies either, so just go with it!) They are his baby photos — and by “baby photos,” I mean he was eight months old because that is how it works with rare disease. Often, nothing happens in the order you expect. The only thing that may seem to happen on time is food and medicine — everything else be damned. 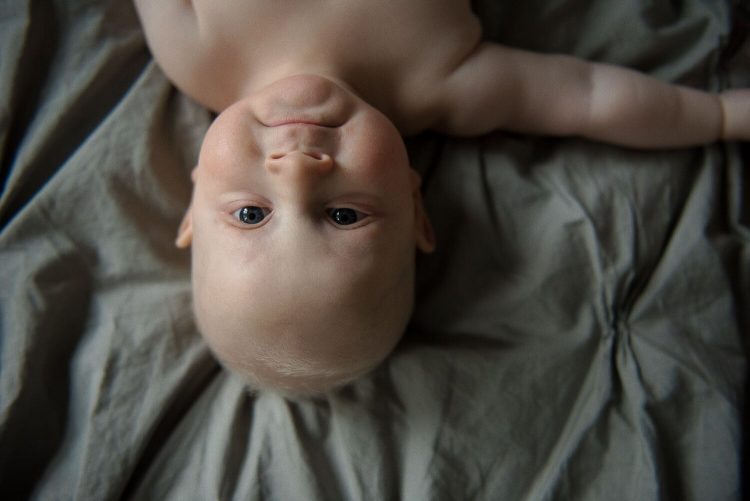 When this photo was taken, Casey and I were in the trenches. We still didn’t have a diagnosis. We had just gotten rid of Ford’s nasal feeding tube — he had a surgery to replace it with a g-tube in his abdomen. For the first time, he finally looked like a “healthy” baby to us. I was so in love with my son, but I was also so deeply scared at this point in our journey. Those words from one doctor — “shortened life span” — ran through my head constantly. I still don’t know what “shortened life span” might mean for Ford. I have chosen not to dwell on those words.

When I think about those days when I would go back to the future, I remember how I felt like my feelings were choking me. When I go back to all of that trauma, I think about what will happen in the future for my beautiful child. What we were told he wouldn’t become. What we would all be missing.

Doc is constantly chastising Marty McFly about the future. “Having information about the future can be extremely dangerous,” he says. “Even if your intentions are good, it can backfire drastically.”

Ain’t nobody got time to dwell on a shortened life span. Having information on what could be Ford’s future was devastating. It was ruining my spirit and taking my light. It had grabbed hold of me. I was never able to catch my breath. I literally struggled to breathe. It was exhausting.

Michael J. Fox’s story and hard-won optimism was a lifeline.

Michael J. Fox connected to my life once again when I became pregnant with a daughter in 2018. Casey and I had a whole list of names we were thinking about. I hadn’t told him about my secret baby girl name. My friend Kelly, who has called me almost every day since I met her, kept asking if I was naming my daughter “Esme.” “I don’t know,” I said. “I feel weird about it now.” I probably would have gone with something on our list had it not been for Kelly reminding me how much that name had meant to me for over the last decade.

It was a couple of weeks before my due date when I told Casey I had always wanted to name a baby girl “Esme.” He loved the name too, and Esme Amaris Parks was born at the exact time of that year’s blood-wolf moon eclipse. Like that eclipse, she was extraordinary. She is “EZ-mazing.” She is her brother’s biggest defender.

The woman who took Ford’s baby pictures also took this one for his fifth birthday. Look at my son. If he were wearing his leather jacket, he could be a blonde Marty McFly. That picture doesn’t bring me back to the future. It anchors me. Right here. Right now. Staying in the present is a developed skill that takes a lot of practice. 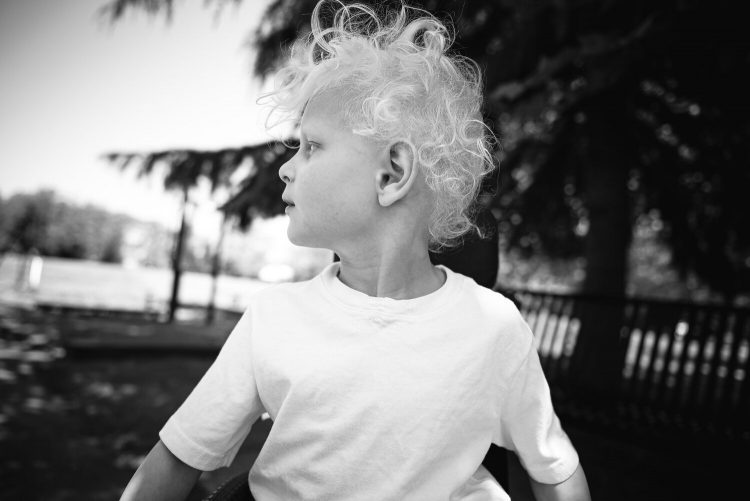 So when It feels like the flux capacitor is getting overloaded and I am going 88 miles an hour each day, I take a few deep breaths and head to my Mirror to move my body — and I see Michael J. Fox’s book. I see a fighter who I am proud to have on my team.

Thanks, Marty, for introducing me to the real hero, Michael J. Fox.

This story originally appeared on Once Upon a Gene.

Effie Parks was born in the magical land of Montana, where she was raised with her 12 loving siblings. After moving to Washington and marrying her husband, they were blessed with the birth of their son, Ford Canon Parks. When she learned that Ford had been born with an extremely rare genetic condition – CTNNB1 syndrome – she dove into the world of advocacy. Now, she is the host of her own podcast, Once Upon a Gene, where she speaks to others about their journey through life with rare disease.

onceuponagene
Want more of The Mighty?
You can find even more stories on our Home page. There, you’ll also find thoughts and questions by our community.
Take Me Home