“We give this one to our Wolf.”

During last week’s Academy Awards, producer and leading actor Frances McDormand — who accepted the best picture Oscar for “Nomadland” — dedicated the award to “our wolf” and then let out a grand howl. Many watching probably did not know who the wolf McDormand howled to was, but the dedication was to the film’s sound mixer Michael Wolf Snyder, who died by suicide the month prior.

At the news of his death, McDormand said: “Wolf recorded our heart beats. Our every breath. For me, he is ‘Nomadland.’” Writer, director, producer and editor Chloé Zhao agreed: “I always looked at Wolf after each take … I didn’t wear headphones on set and so I heavily relied on Wolf to be my ears. He would nod at me with a happy grin, or tears in his eyes, or sometimes he would discreetly signal ‘one more.’”

When I first read of this death of Michael Wolf Snyder’s death in a Variety article, I was overcome with sadness. The story of his death seemed to be in such tragic contrast to his brilliant work and reputation, and the beautiful photo of Wolf used in said article — with the sound boom in his left hand perfectly balanced behind his back and headphones around his neck, the biggest beaming grin bursting into a smile on his handsome face. 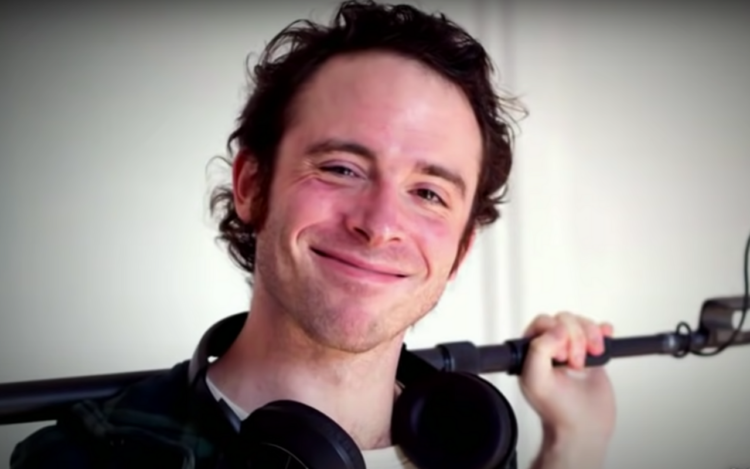 Mine was the type of sadness that accompanies news of any suicide, but with an informed sense of knowing what it is like to be in that darkest place. In particular, it was and still is a sadness that it seemed irrelevant. How highly his director or the lead actors thought of him, he still felt so desperate and alone in his tiny Queens apartment, where he had spent much of this last alienating year due to COVID-19.

As well as my own suicidal period, I thought of the time when, for five years of my early 20s, I worked on the production crew of films, spending long hours on sets for jobs that usually lasted a few months at most and then I was immediately hurtled back into lonely unemployment. I remember the intensity of the set bubble, where you would see the same people and only those people every day. The crew became a temporary family — both with the same joys and dysfunction. Tempers would fray. Irreverent humor abounded. Boundaries were sometimes broken as you became close and reliant. You would have no life outside that set for a few months and then, when it ended, usually most of those same relationships would end too. I wondered if any of Wolf’s crews had checked in on him after his films stopped shooting and he moved onto the next itinerant set. Or, if he had really known of the high esteem his now Oscar-winning director and lead actor held him in.

Further, I lamented that it had taken his death for people to write about and know how incredible his work was on the best picture award winner, or his body of work over his entire career. It isn’t fair that only the actors and the director get all the attention. Without his recording and mixing of the sound, both dialogue and atmospheric, “Nomadland” would not have its power. This brilliant artist deserved recognition regardless of his untimely death.

I also lamented for his family, who have shared posts about him after his death or given interviews. I am greatly pained for his father, who is a psychiatrist, and lamented in a post shared on Facebook that he was “not able to save his own son, partly because he would not share the depths of his pain.”

I don’t know the answers to these wonderings or what to do with my lamentations for this great film artist I never met or even heard of before I read of his death. But, I know that it teaches me, and I hope our Mighty community, some lessons about major depression, or re-teaches us some truths about this potentially lethal illness, and reminds us what we need to do to help and hold each other in the face of suicide.

1. Success is no immunity from major depression.

It doesn’t matter how successful you are, how brilliant an artist you are, or how much you are praised; major depression can still find you. Let’s not fall victim to the idea that success equals depression immunity. Wolf’s mother said in an ABC interview that her son seemed to find solace in his work, and his dad said in the aforementioned Facebook post that it was “the brightest spot in his life.” So, clearly it helped give him meaning, but I wonder if it became too dominant in his sense of well-being. Even if sound mixing was his joy, it doesn’t mean that he wasn’t struggling with a very serious and life-threatening illness.

Let’s not just fall out of touch with people when we stop working with them or when we reach the end of whatever intense experience we have shared. It really needs to be better than “out of sight, out of mind.” I am still friends with a few dear people from my film crew days and communicate with them regularly — mostly a director, an editor and an extras casting agent. Of course it is not possible to stay in touch with the entire crew, but I think generally if people know we care and they matter beyond just a shared experience, that may just be another reason to live.

3. Pay attention to those isolated and alone.

In this difficult time with the coronavirus pandemic, with increasing isolation and fewer physical connections, let’s pay attention to those living alone and those struggling with mental illness, even if they say they are fine and notice more when they drop out of contact.

The people who are unsung matter. To use Wolf’s industry of filmmaking and Hollywood as an example, it is not just the celebrities with mental illnesses — the actors primarily — who deserve our attention, even here at The Mighty. The mental health of someone who records and mixes the sound of a film is equally as important and worth knowing about as the mental well-being of Lady Gaga, Pete Davidson or Catherine Zeta Jones. Here I would like to quote from director Chloé Zhao’s brilliant tribute to Michael Wolf Snyder, when she won best director at the Critics Choice Awards, which shows how intuitive and attune to his director’s needs he was:

“After a really hectic day, Wolf came to me and said, ‘Hey, Chloé, how about I just record room tone a little bit longer than I need, so I can buy you some time to think — to hear yourself better?’ And that’s what we did… And these were the best moments of our day. The whole crew together watching Wolf and he would say, ‘Alright everyone get ready. Let’s go to your zen place.’ And we did.”

As Frances McDormand dedicated, “we give this one to our wolf.” As a tribute to him, have a look at his professional website.

I write with my heart but also not afraid to use my head. I write in hope with a dream that one day BPD will be more understood than stigmatised with compassion not scorn and fear. The Mighty is one of the best resources out there, the one that I read on the day of my diagnosis which made me think I was going to make it, & the one I share the most. I was diagnosed late aged 37 because of preconceived BPD stigma. I am impassioned to tell my story so that mental health professionals may not make the same mistake they made with me & so I write for them in the hope that they see nuance rather than stigma. Above all, I write for those undiagnosed or overwhelmed like I was for so many years.

andrewlampe
Want more of The Mighty?
You can find even more stories on our Home page. There, you’ll also find thoughts and questions by our community.
Take Me Home