At this point you’ve probably been made aware of the countless reasons people are giving to get out of wearing a face mask. Now, “Face Mask Exempt Cards” are making their way around the internet, citing the Americans With Disabilities Act as the reason people shouldn’t be “forced” to wear a mask. Many of these cards and flyers include a logo for the Freedom to Breathe Agency (FTBA), which is not a real government agency.

In fact, the real FTBA (which stands for Florida Transportation Builders’ Association) had to release a statement clarifying they weren’t associated with the FTBA that’s distributing the fake cards.

People have found a “loophole” in the ADA and are claiming they legally don’t have to wear a mask because the ADA says so. But let me just let you in on a little secret,

This is incorrect because there is no “loophole.”

The Department of Justice’s office in North Carolina released a statement regarding the increase of individuals claiming the ADA protects them from having to wear a mask, and has deemed these cards and flyers as fraudulent. A statement on ada.gov says:

In an Issues Brief, the Southeast ADA Center listed some examples of real challenges people with disabilities might face when it comes to wearing a face mask:

But, all of these conditions require reasonable accommodations (some examples are listed here). Allowing someone to enter a store without a mask is not a reasonable accommodation during a global pandemic. The people using these cards clearly don’t care about the ADA, but are looking for any excuse to not wear a mask. It makes it seem like the ADA is for getting out of something you don’t want to do, which totally waters down and disrespects the law’s purpose.

The best example I can give of this is the fake service dog issue. You’ve all seen that “service dog” with a vest and ID card barking, running in circles around their handler’s legs, riding in the cart, etc. All of which the ADA states are reason to ask the handler and dog to leave the establishment. 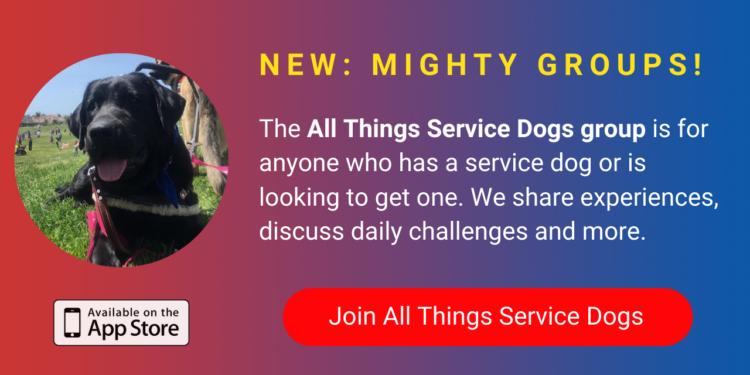 I am a service dog handler to the best boy. I have been kicked out of stores and denied access to restaurants because the business owners automatically assume my dog is fake, when in fact, he is highly trained to perform multiple tasks for me. I’ve been asked to show ID for him, which I legally do not have to do, and will not do, because I am not required to have any kind of certification for him, per the ADA.

This is one common way people abuse the ADA, which can lead to the perception that service dogs aren’t actually necessary.

If you are not disabled and do not have a medical condition that hinders you from wearing a mask, the ADA does not apply to you.

Not wanting to wear a mask is not a disability or medical condition, and therefore the ADA does not apply to you.

Stop abusing the laws and resources the disability community has been given and granted with. Stop trying to get out of things you do not want to do, and hurting other individuals in the process. Stop abusing the system that was never put in place for you to begin with.