I know I’m no one to judge you, to tell you want to do and I surely don’t pretend to do so. But I chose to speak about what the experience of having the coronavirus (COVID-19) has been for me, in case anyone wants to know how a medium case develops. All we see in the news are stories about people who, in a somehow miraculous way, have no symptoms at all, or those who in a truly miraculous way (to a believer like me) recover after spending a month in the hospital, in a coma, with a ventilator. I’m here to talk about the spectrum of people who are between those two extremes but also to talk about the aftermath. I’m also here as an immunosuppressed patient with a chronic illness, who has asthma and arthritis, and how those processes have been affected too.

I can’t tell you how I got infected; I had been home in self-isolation for 36 days when my symptoms started. On April 8, I had diarrhea and a migraine attack, which I blamed on anything else but the virus, and the next day I had what I felt like was a very strong and fast asthma attack. I used my inhaler and went to the ER, where they told me that as I had been at home for almost a month, there was no way I had COVID-19, and with no further blood test or X-ray, they sent me home.

That first week was the worst. I felt pain that I had never felt before, like it was being run over and it was about to explode. I was tender to touch, I couldn’t sleep for more than two or three hours, I cried my eyes out because of the pain, I couldn’t eat or drink anything without having diarrhea and nausea, my head felt like a ticking bomb, I had horrible nightmares, I felt exhausted and I couldn’t recover no matter what I tried. The second week, the same, plus a urinary tract infection (UTI). I remember telling my mom that whatever I had in my body was a different kind of illness, a more aggressive one, an unknown one. 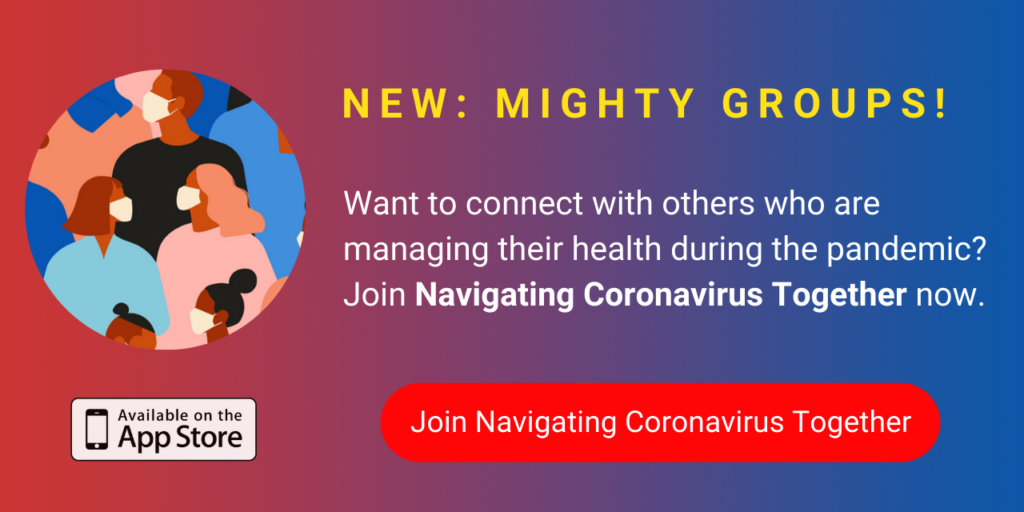 I kept having the same symptoms, with another on two nights: I had the most draining night sweats that left me like I had just came out of the pool, and then, at the next day, my temperature would drop to the minimum before hypothermia (35°C). When it happened for the second time, I told my psychiatrist (who is my closest doctor) and he sent me some tests and X-rays, all of which came out non-conclusive, so he told me to attend the hospital he works in. I did, and there they treated me like a “COVID-19 suspect case” for the first time. The next morning, at 4 a.m., I was allowed to go home to wait for the coronavirus test results, which came back positive some days later. The UTI went away with medication, but the rest of the symptoms stayed the same, and have stayed the same, even when my second test result was negative in the first week of May.

And that’s what I want to talk about. I’ve been negative for 25 days today at the time of writing this. Still, I have diarrhea, strong headaches, night sweats, pain, fatigue (sometimes needing to take two or three naps a day), and difficulty breathing in and out. I’m more dependent of my inhaler than what I’ve been since I was 5 years old, needing to use one three times a day and the other two times a day. I’ve lost a lot of weight. My arthritis medication was suspended by my doctor since April, and my mildly aggressive chronic illness is having the time of its life crooking my fingers and keeping me up at night thanks to the pain and inflammation in every joint. My skin is so dry from the constant diarrhea and sweating that it’s cracking up open, and I’ve had a lip injury for 20 days now.

When I go to sleep, I don’t know if I’m going to be able to work and study as much as I need the next day because there are days in which I can barely get out of bed and I can’t focus. Last Monday, I had three naps, two and a half hours each. I’m doing my master’s degree and my thesis. I need to be able to do something, but there are days in which it’s simply not possible. On Saturday, I went out for the first time since March to a place that wasn’t the hospital. I walked a block and came home gasping for air, with my lungs feeling like I’d ran a marathon and my body aching — in the worst physical shape I’ve been in my life.

And I’m here. I was able to have a COVID-19 case that was treated at home. I had no traditional symptoms. I’m lucky, but my body is exhausted and broken and somehow forgot how to go back to normality. People all around the world share the same stories — they have had symptoms for up to three months before they started to feel themselves again. To them, I hug you!

To the rest, I just want you to consider if you are willing to have symptoms for two months straight just because you think this is a political conspiracy, or because the barbecue couldn’t wait, or because you don’t want to wear a face mask.

For more on the coronavirus, check out the following stories from our community:

Colombian psychologist, Masters in integration of people with disabilities. Arthritis, asthma, fibromyalgia, anxiety,major depressive disorder and suicide prevention activist. Trying to spread self love and awareness one article at a time.

Save
Conversations 47
We use cookies and related technologies to help identify you and your devices, enhance your experience and conduct advertising and analysis. By choosing "Accept", or by using this site, you are agreeing to our use of cookies. You can read more about how The Mighty uses cookies in our Cookie Notice.
Manage Choices
Accept