By the spring of 2019, I was tired. I had been fighting major depressive disorder (MDD), anxiety, borderline personality disorder (BPD), complex PTSD and obsessive-compulsive disorder (OCD) for many years. One of my biggest struggles was severe, chronic suicidal ideation. In just four years, I had survived over a dozen suicide attempts. I had been through a tremendous amount of treatment and nothing was working. Over 20 hospitalizations, three stays at residential treatment facilities, several different PHP programs, nearly every single antidepressant and mood stabilizer on the market, dialectical behavior therapy (DBT) and cognitive behavioral therapy (CBT) therapy and much more. I felt absolutely helpless and had given up on myself, just as many mental health professionals had given up on me. Even someone in my own family said to me, “I think you are just too far gone.”

I was towards the end of my nearly three-month stay in residential treatment in Chicago when ketamine was mentioned to me. It was a last resort treatment option for me, as everyone in my life was concerned that I would not live much longer. Ketamine treatment for depression has been controversial, but I was open to anything, so I agreed to it. A few short weeks later, I received my first ketamine infusion. It was one hour long and I had six infusions in total. I have received lots of questions about my experience with ketamine, so I wanted to share. 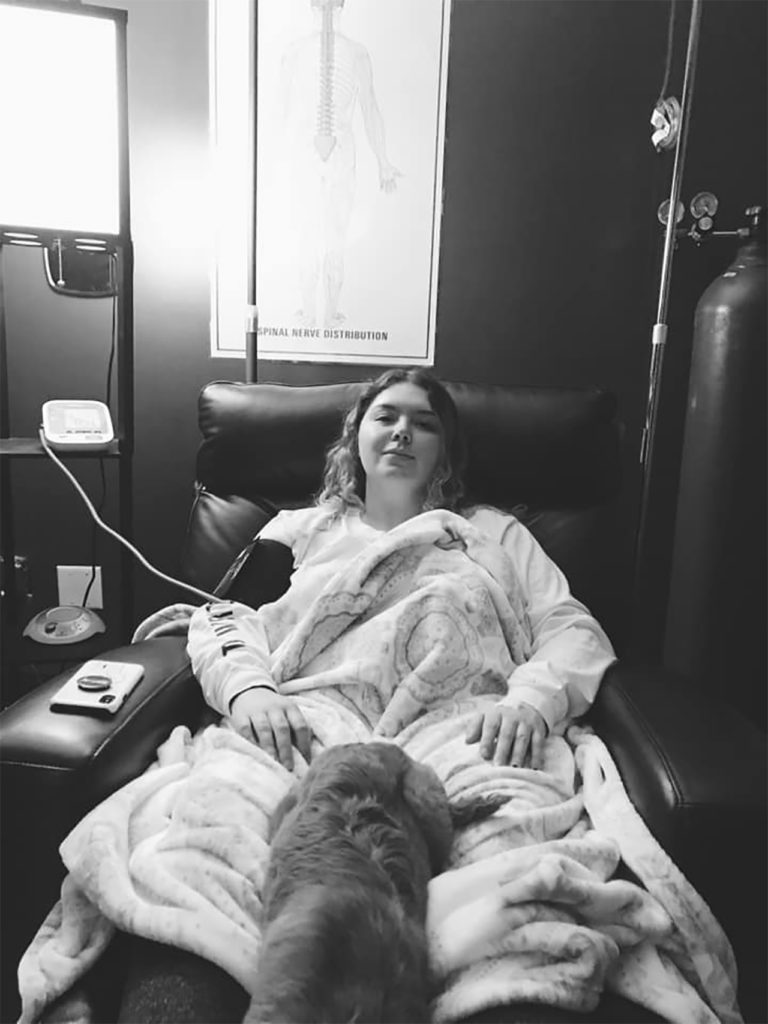 The one-hour infusion feels very, very weird. There are no words to describe the experience when you’re receiving high doses of ketamine. It puts you into a very dissociative state where nothing feels real and your memories don’t feel like your own. I felt like I was floating. Some of the infusions are also known to take you to a very dark place temporarily and can even leave you feeling more depressed for a few days afterward. This happened to me, and I had to be hospitalized before completing my last two infusions.

After completing all six infusions, within just a few days, I noticed a huge difference within myself. My severe, chronic suicidal ideation was nearly nonexistent. My unrelenting, intense depression felt much more manageable. Now, nearly six months after completing the infusions, I remain free of suicidal ideation and the rest of my symptoms are much easier to manage. That’s not to say I don’t still have my struggles or even relapse from time to time, because recovery is a lifelong journey and it is not linear. However, ketamine saved my life. Combined with intense individual therapy, I am finally recovering and my mental illnesses no longer consume my life.

Lauren Clements is a 25-year-old photographer and mental health advocate, living in Tennessee. She lives with borderline personality disorder, depression, OCD, C-PTSD and anxiety. She is passionate about helping others and using her voice for good.