If the State of the World Right Now Makes You Despair, I'm Right There With You

Do you ever wake up in the morning, look at the state of the world and have the overwhelming desire to crawl so deep under the covers that you might just find a portal to another, altogether happier dimension?

It’s 2022, and my morning radio alarm — set to the hour mark, when the juiciest doom is broadcast — has become a mental health hazard. Perhaps I’m a glutton for punishment, but since doomscrolling has become an Olympic sport for my generation, I’d be remiss to try anything different. That, and it feels like I have a duty to stay abreast of the news at all times.

It seems like the past few years have dragged us into the ever-deepening spiral of Dante’s Inferno. Pre-pandemic, we had a phrase. I’m pretty sure we all believed it, and you probably used it yourself: when you wanted absolutely nothing to do with a situation, a person, a thing, we would “avoid it like the plague.” And, sure, we envisioned something like the Bubonic plague, and our intentions were good; then, when we were faced with an actual plague, it seems like the majority of the population is increasingly prepared to take their chances.

For what it’s all worth, I’m not a vulnerable person. I’m not immunocompromised, and I don’t directly know anybody who is, but I’ve seen the data and read the facts and I know that COVID-19 is scary even for me, even if I didn’t care about our immunocompromised brothers and sisters. New studies show that even mild COVID-19 may change the brain, and nobody is immune to the effects of long-COVID. And yet… people just don’t seem to care anymore. I thought it was bad in September 2020, when I wrote this article about people ignoring the rules. I wasn’t prepared for what it’s like now — restrictions being lifted across the United Kingdom, and likely where you live, too. Masks no longer being required in shops. Avoidable mortality figures rising among deprived areas. Only two-thirds self-isolating after testing positive since the legal requirement to do so was lifted.

Take that in for a moment: despite the deaths, the news coverage, the knowledge that this has caused chaos over the past two years, one-third of those testing positive in the United Kingdom elected to go about their days despite having COVID-19. Whether it’s through denial of the risks, through negligence, through a lack of paid (or unpaid) sick leave, or through a complete lack of compassion, that’s a tough pill to swallow. Despite previously able-bodied people becoming disabled due to COVID-19, and despite immunocompromised people fearing for their lives, people just don’t seem to care. Despite the science, we’ve seen anti-mask protests, anti-vaccination protests, and anti-lockdown protests across the world in the name of civil liberties, all the while ignoring the ramifications of letting COVID-19 run rampant and how that might affect those very same liberties.

A friend of mine is triple vaccinated. He and his fiancé recently went grocery shopping — fully masked, of course — and the vast number of people weren’t wearing masks. They both caught COVID-19 shortly afterward. We can’t tell exactly where they caught it, of course, but the chances are high they caught it in that store, considering they were practicing every precaution. Would they have caught it had people still been following the rules — maintaining social distancing, wearing masks, self-isolating? None can truly know, but I think you and I both know the probability. Some might see this as a sign that mask-wearing does not work, so it ultimately doesn’t matter. However, one look at this infographic by the Washington State Department of Health shows that mask-wearing and social distancing for everybody involved significantly reduces what remains a high chance of exposure.

I’m a highly sensitive person, meaning my central nervous system is wired to be more sensitive to physical, emotional, and social stimuli. I’ve written before about the difficulty of being a highly sensitive person during the time of COVID-19, but since then, things have only gotten increasingly worse. Now, we’re also watching senseless bloodshed in Ukraine, climate change running rampant, political corruption — and even prime minister Boris Johnson and the British government is under fire for having multiple Christmas parties in No. 10 Downing St. during COVID-19 restrictions. 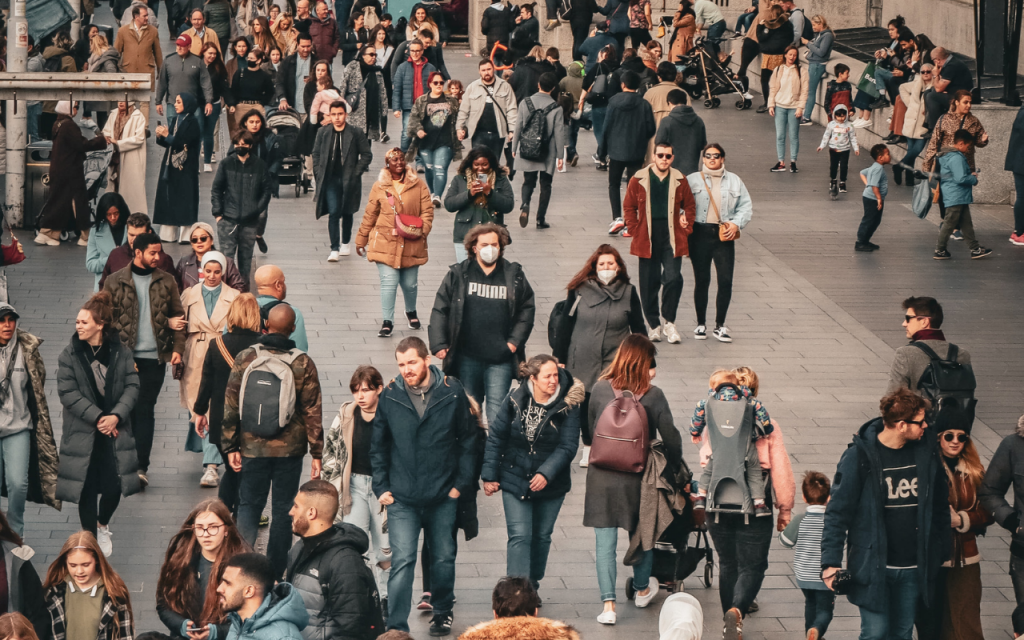 How are we — the mentally ill, chronically underpaid, the victims of inflation and capitalism — meant to maintain our mental health when the world seems hell-bent on pulling itself apart at the seams? The American Psychological Association reported that Generation Z — 15 to 21-year-olds — were more likely to report poor mental health, with millennials and Gen Xers falling into that line as well. And, in case it wasn’t clear from the link above, this was a study conducted in October 2018, when things were relatively calmer. A 2021 study showed 48% of Millennials and 37% of Gen Z adults were so stressed by the COVID-19 pandemic that they are unable to make even basic decisions. Imagine what those numbers become if we only take into account everything else in the world right now.

So clearly, I’m not alone here. I needed to go grocery shopping over my lunch break recently, but I just couldn’t face it. I couldn’t risk my physical and my mental health on yet another despairing trip to a supermarket that just reminds me that a great number of people just don’t seem to care about their fellow humans.

I get it. The past few years have been draining. We’re all tired of wearing masks, being unable to see our loved ones, and — I can’t believe I’m writing this — practicing basic hygiene. But when basic human decency is also on the chopping block, it seems like a lot of people are just willing to let that fall by the wayside if it means a slightly more convenient life.

It’s triggering my depression. It’s triggering my suicidal ideation. Maybe it’s triggering yours too, and if that’s the case then I’m so sorry. I don’t want you to be in the same boat as I am, but here we are, paddling through an ocean of despair with not a hint of land on the horizon. We’re in this boat together, as the adage goes, and it feels good to not be alone. Still… we can be lonely even in a room full of other people, and I don’t know about you but I’m getting so tired of paddling. I just want to rest. I just want to believe that the majority of humanity hasn’t yet lost their… well, their humanity. I thought I knew what that word meant, but the more time goes on, the more it seems like to be human is to be selfish and short-sighted.

Back in June 2020, Mighty contributor Addie Oglesby wrote that COVID-19 made kindness and empathy the “new normal,” and for a while that was the case. We clapped for carers and nurses and frontline workers. People largely practiced social distancing. Despite the minority who went against the new normal, it seemed like wherever you looked, people took care of one another. I’m saddened to find that, for some, it seems the empathy well has long run dry.

I don’t have an answer for this predicament we find ourselves in. I don’t know how to “look for the helpers” as the venerable Mr. Rogers taught us because humans are messy, imperfect beings who seem to be tired of helping. Maybe we need to be better than human — to help each other look for that land on the horizon, even if it’s just a desolate sandbar and a lonely palm tree. I’m not ready to give up hope just yet, but it’s getting harder and harder to find it these days.

Photo by Yukon Haughton on Unsplash

Alexander Winter Lockwood (he/him) was a senior editor for The Mighty, specializing in mental health. Now, he writes for the charity Mental Health UK. He joined the Mighty team because he believes sharing our stories is crucial to ending stigma, particularly for men who are taught seeking help is a sign of weakness and for marginalized communities. Aside, he is a fiction writer and editor from Northern Ireland, living with depression, generalized anxiety disorder (GAD), attention-deficit hyperactivity disorder (ADHD), trauma, and three beautiful cats. Follow him on Twitter @lockwoodwrites and Instagram @alexanderlockwoodwrites, or on his blog, www.alexanderwinterlockwood.com, where you can hear about his progress in writing his first novel.

alexanderlockwood
Want more of The Mighty?
You can find even more stories on our Home page. There, you’ll also find thoughts and questions by our community.
Take Me Home