If you want to have a conversation with people who “get it,” join The Mighty’s Chat Space group.

The last few years of my life have been a whirlwind, a non-stop swirl of debris. I was diagnosed with bipolar 2 disorder two years ago. Bipolar 2 consists of short hypomanic episodes, which are not as severe as mania, and longer major depressive episodes. I would be lying if I said life is easier with a diagnosis. That’s not to say things haven’t improved for me, because they have! There have been times though I’ve found myself spiraling down a quite slippery slope. Recovery is not linear; it’s a topsy-turvy bouquet made of weeds.

In hindsight, I’ve experienced symptoms of bipolar 2 disorder for almost my entire life. I actually carried a lot of shame for having missed the many signs. See, I majored in psychology and social behavior in college. I’ve studied the DSM. I have always known the criteria; I just struggled when it came to applying it to myself. (Self-Diagnosis is a dangerous thing, but self-referring is not! If you find yourself resonating with most of the signs below and other symptoms of bipolar disorder, reach out to a licensed professional.)

I, like many others with bipolar 2, eventually sought help for depression when I was in my third year in college. When I was eventually put on medication, my psychiatrist had not known me long enough to discover that I had bipolar 2 and he prescribed an antidepressant. Unfortunately, antidepressants without a mood stabilizer can often cause worse symptoms in mood disorders. I ended up withdrawing from the last class I needed to graduate and not officially graduating for another two years. I ghosted a ton of friends. I started missing a lot of work and was eventually fired. I spent a summer blowing through my savings. I hit my rock bottom and moved back home with my parents. Somewhere in the middle of all that I finally received my diagnosis. I was put on a mood stabilizer and it took awhile to figure out my proper dosage. It’s been almost four years now since I officially began this journey.

Since my diagnosis, I’ve had three different jobs. These are some surprising ways that bipolar 2 disorder has affected me in them.

1. There are so many ideas in my head all the time.

This part is bittersweet. It is great to be able to come up with new ideas and not have to deal with that little voice in your head shooting them down. I have never taken a “study drug,” but I imagine it’s a similar experience. I had friends in college take them in order to write essays the night before they were due, but the next day was almost opposite of how they were the night before. Hypomania is an extremely slippery slope, especially when the ideas you’re coming up with are not good ideas and especially when you begin to burnout. Trying to keep up with the racing thoughts usually leads to a lack of sleep and impulsivity. This specific symptom consequently leads to the following four others. 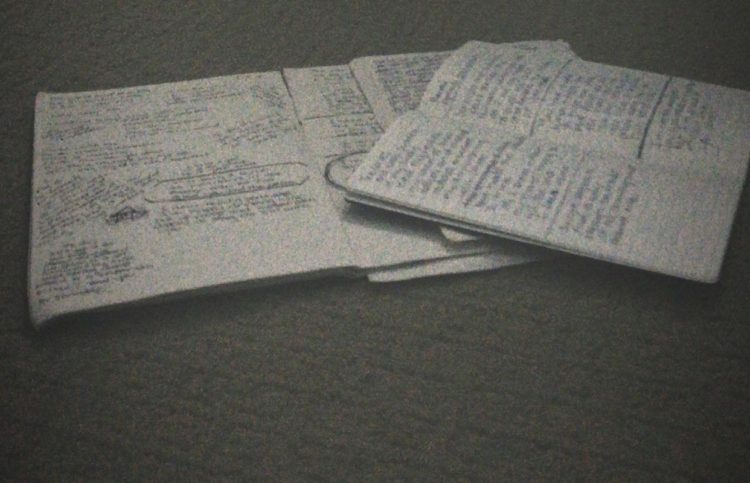 2. I have so many unfinished projects.

More often than not, I tend to try and start working on every single “brilliant” idea I have. I start contacting people and attempting to collaborate, only to get overwhelmed and become unreliable, thus burning that network. As my hypomanic episodes end I become so unmotivated that many of the projects I start go unfinished for weeks at a time. Some, I end up realizing, are so unfeasible I cannot figure out why I ever thought it was a good idea. As much as I want to finish the feasible projects, I just can’t will myself to do it at times.

As I begin my ever growing list of projects, everything starts accumulating on my desk. I’ll have books, flyers, brochures and business cards everywhere. I’ll constantly be on the go and not have time to tidy up. Why would I tidy up if I’m just going to get right to it? At least that’s what I tell myself when in that state. When I begin to spiral down, my desk remains a mess because I am so unmotivated to organize and I’m just embarrassed it got that way. Sometimes I’ll stuff everything in a drawer in shame, and then I end up with a stack of unorganized papers I’ll never touch again.

4. My punctuality and attendance fluctuates a lot.

The lack of sleep keeps me from oversleeping, but when it catches up to me I struggle to get out of bed or even wake up with my alarms. This means I don’t wake up on time for work and consistently show up late. I’ll become so ashamed about it, but the more ashamed I get, the more depressed I get — and the more I just want to stay in bed as long as I can. I begin to feel guilty about my plummeting productivity and call out of work so I don’t have to face it. I absolutely love my job, but some days I just can’t get out of bed. I’m lucky to currently work in the mental health field with a supportive boss, because other companies might not be so understanding about this.

5. I have imposter syndrome.

Since I work in the mental health field, I often find myself thinking I shouldn’t be in my position because I struggle just as much as those who I am helping. I feel like a fraud and a hypocrite. How can I teach people the coping skills that I myself can’t even follow? I’ll ask myself if I actually deserve my job or if I was just able to sell myself by being overly confident during a hypomanic episode. Will my boss realize I’m not as competent as I made myself seem or that I have a ton of projects I never finished? Even though I know deep down I have the credentials and I am competent, or that it’s OK to not finish every project I give myself because that’s not what’s expected, I can’t help but listen to that nagging little negative voice. This will lead to my lack of motivation and poor self-esteem, which leads to wanting to stay in bed and avoid everything.

While these symptoms sound like a bummer, it does not mean that someone who experiences them is doomed to constant poor performance in their job. A supervisor at a summer internship once told me I have to work harder than most people, but that does not mean I’m not capable of it. I try to remind myself of that often. I am also very open about my struggles with my current boss, which helps a lot when I need to take a mental health day. This job is exactly where I want to be that keeps me motivated to continue to try my best. I also have an amazing therapist, psychiatrist and a support group I am a part of that teach me the skills I need to cope with the negatives.

Looking for understanding individuals to talk to?

The Mighty’s Chat Space group is for you.

Jasmine Hernandez (she/her) is a queer Latina writer from California. She holds a B.A. in Psychology and Social Behavior from UC Irvine and currently works as a case manager at a mental health agency. She writes about her personal experiences with hopes of reducing the stigma surrounding mental health. You can find her in a coffee shop lost in a book, in her writing, or just in her head.