They say, “the journey of a thousand miles begins with a single step.” Well, I didn’t know that when I received my first and only dose of the original Gardasil HPV vaccine at just 16 years old on August 24, 2012. I, like so many others, was genetically programmed to internally “self-destruct.” My immune system turned on my brain and spinal cord, causing disease in the multiple sclerosis (MS) family. It is called stiff-person syndrome (SPS), and it typically first affects women between the ages of 30 and 60. You have probably never heard of it, and if you have, you have probably never seen the aggressive, pediatric onset of the disease.

I was living in Pittsburgh when the condition started. I had all this access to “world-class medicine,” and yet, this “world-class medicine” is the same medicine that nearly killed me. It would have killed me had it not been for doctors at the Mayo Clinic in Rochester, Minnesota’s genuinely world-class neurological ICU. And yet, in a way, the Mayo Clinic failed me too, as I had gone there originally for my previously undiagnosed pediatric SPS. I was just “too young” to have a “one in a million disease.”

One thing was sure. I needed a “one in a million doctor” to treat my “one in a million neuroautoimmune disease.” Over the years, I suffered mercilessly as we traversed all over the country. The Mayo Clinic, the Cleveland Clinic, University Hospitals, the University of Pittsburgh Medical Center, Allegheny Health Network, Rowan University Medical Center… some of these clinics dismissed me as “crazy,” having a “functional neurological disorder (FND),” having anxiety or making it all up for attention.

The “craziest” part? The entire time I had elevated glutamic acid decarboxylase 65 (GAD65) not just in my blood, but in my cerebrospinal fluid too! Not too many diagnosed people know or have the antibody in the fluid bathing and surrounding the brain and spinal cord. I also have antibodies against my thyroid, causing Hashimoto’s thyroiditis and against my pancreas, putting me at increased risk for Type 1 diabetes, a common comorbidity of SPS. My autonomic or involuntary nervous system was failing me, and my limbs were contorting in ways you would only expect from the most pain-seeking contortionist in the world.

Finally, I found my “one in a million doctor” in the form of a neuroimmunologist at the Johns Hopkins Hospital. He runs the only outpatient SPS center in the world at the time of this publication. He confirmed my diagnosis with simple electromyography (EMG) that showed that I had agonist-antagonist co-contraction, meaning the muscles that moved my limbs back and forth were firing simultaneously, and they were firing continuously.

I had already gone through the first-line steroids and most of the muscle relaxers I could possibly be put on. I had been through plasma exchange where two large 18 gauge needles stuck out of the ports in my chest by a solid 1.75-2 inches two to three times a week and “cleaned” my blood of all the “rogue antibodies” out of my body one and a half times. I had suffered through several rounds of intravenous immunoglobin (IVIG) therapy that caused a myriad of painful side effects. It would take some creativity to figure out a game plan for a body and person unable and unwilling to do an experimental FDA trial stem cell transplant. We finally decided to start me on a form of chemotherapy that I receive every six months, high dose medications that I take just about every four hours, and weekly infusions of subcutaneous immunoglobin (SCIG) that I give myself weekly.

With this protocol, I am stable. Not healthy and perfect again. Stable. I am thankful for my parents, and I fighting to find this doctor. It is because of him that I don’t have to worry about dying anymore. I can live and thrive! I can fearlessly take on the world because that’s what we were made to do. I know that some 600 miles away, in a place I visit every six months, a doctor won’t stop fighting to give me the best life possible. I have to give my life my best. Even though it is an aggressive and progressive condition, I have hope that someday there will be a more effective treatment to battle my most formidable challenge yet. 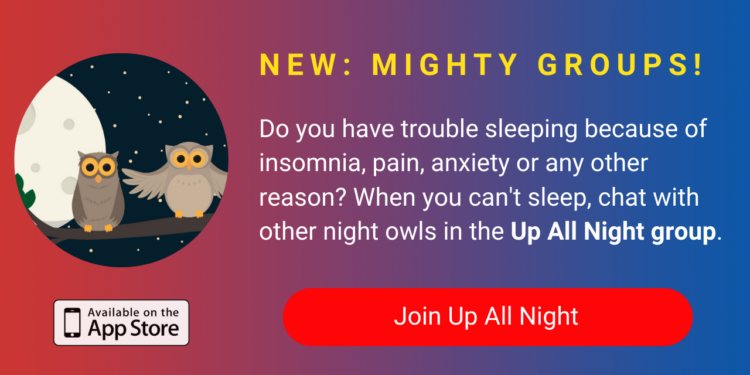 Founder and President of Meg’s Miracles, a South Carolina-based 501(c)3 organization that aims to raise awareness and funds for Stiff Person Syndrome (SPS) Awareness Internationally for the Johns Hopkins SPS Center. Living with Pediatric-Onset SPS and Co. and thriving since 2012.

meghan_bayer
Want more of The Mighty?
You can find even more stories on our Home page. There, you’ll also find thoughts and questions by our community.
Take Me Home