The Search for Answers as a 'Preemie Survivor'

If you live with an eating disorder or struggle with obsessive-compulsive disorder (OCD), the following post could be potentially triggering. You can contact the Crisis Text Line by texting “NEDA” to 741741. To find help, visit the International OCD Foundation’s website.

I have always known that my twin sister and I were born premature for as long as I can remember, and that our birth was very different than that of our younger sister who was born right around her due date. As a kid my mom would have our baby photo albums out and I remember her explaining to my twin and I why we lived in small glass boxes for the first six weeks of our lives and had tubes coming out of our nostrils; meanwhile, I would see pictures of my younger sister — no glass boxes, no tubes, not as small looking. To me as a young kid, she had looked like a “normal baby” while my twin and I looked like … something else. Sickly. Skinny. Hardly human. This was how I saw it at the time. 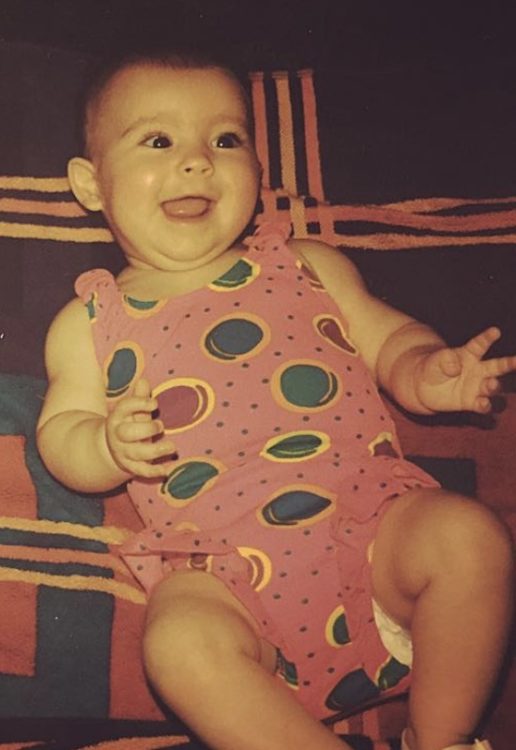 My mom always explained the story as it was — how my parents had been house hunting a plane ride away from their home, preparing to move after their twin daughters were born a few months later. That was not how it worked out though. My mother ended up having us during the trip instead, and so my worried parents had to find a house ASAP. They would visit their daughters in the neonatal intensive care unit (NICU) everyday for the next six weeks.

My parents would mention that my twin sister and I had mild developmental delays and that that was why we were held back a year in preschool. Other than that, we were relatively healthy children. That was how the story was always told — that is, until recently. 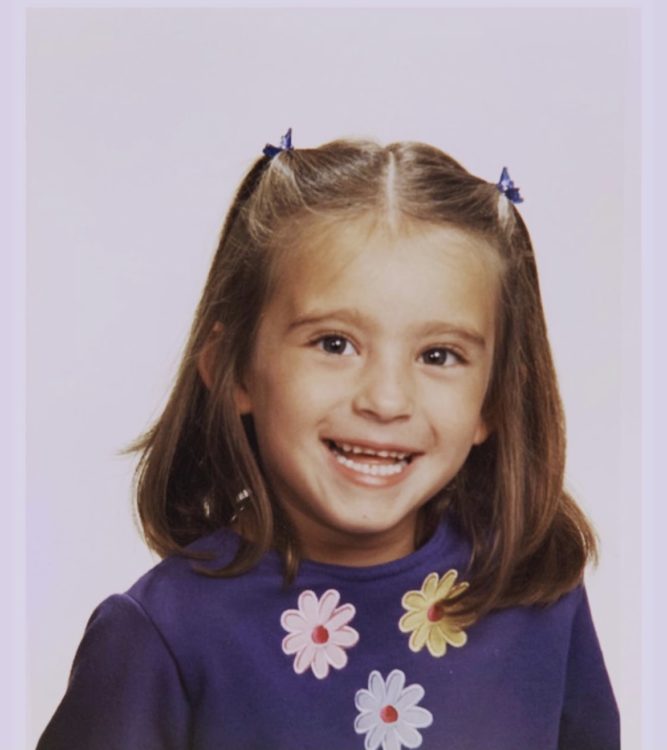 I cannot prove it, especially because there is never just “one answer,” but rather multiple factors interacting, yes? I know I’ve made this point in numerous articles I’ve written lately as I try to understand myself. My theory that has come up for me in the intensive therapies and treatments I have been in since 2014 (when I was nearly 20 years old and suffering my first big breakdown in college) is that my premature birth may be a contributing element to why I am the way I am.

Sounds like a big statement to make? Perhaps, but I do have many disabilities … hidden, and for a long time, undiagnosed, disabilities that affect my brain. Developmental/neurological as well as severe mental illness. My mom and I started to wonder why my twin and I have such major mental illnesses (bipolar, borderline personality disorder, anorexia, depression and anxiety, for example), and as it became clear, attentional issues (ADHD and learning disabilities). More over, the severity of such mental illnesses was also something we wondered about.

I was in a residential trauma program for three months in the spring of 2020 to work on my overall mental health, coping skills, disordered eating and trauma responses. There, I asked my therapist about having birth trauma, and if it could affect me even though I had no memory of it. Her reply? “Yes, that is certainly possible. It is referred to as ‘pre-conscious trauma,’ and can explain some of your challenges in both childhood and adulthood.” Pre-conscious trauma is trauma that occurs before one is able to properly process and store memories in the conscious way we all do later. It means that I may be affected by my birth in a way that could cause even post-traumatic stress symptoms even though I have zero memory of it.

There is no way to know for sure, but her answer did bring me an odd sense of comfort I suppose. I also know that I had other traumas growing up, and that there is some genetic and heredity basis for mental illness and likely ADHD in my family. It’s clear that my birth couldn’t explain it all, but it may explain why I struggled so much not just as an adult, but from day one.

My parents have recounted to me that as a baby I had challenges. I had a difficult temperament and cried a lot. I also didn’t sleep well … I continued to have insomnia, sleep-walking and sleep-talking until I was 20 and put on psychiatric medication. I also had trouble with eating and never had much, and so I was considered small for my age for a long time.

As a child, some days I was quiet, spacey and extremely in my head. I would worry constantly; I was always nervous and on edge. I was also a daydreamer, a creative too, so there were many reasons for my lack of mental presence, both positive and negative. I always had friends but would have difficulties more in this area in the teen years. I had separation anxiety and dependence on my mother; today I know these as attachment issues that I am working on.
Ironically, I also could swing the other direction — I would be hyperactive, talk excessively and endlessly about my passions and my special interests. I also had tons of questions. Tons of thoughts always. This is why I could not sleep and even at the age of 11 I would ask my dad to “please turn off my brain” at night. 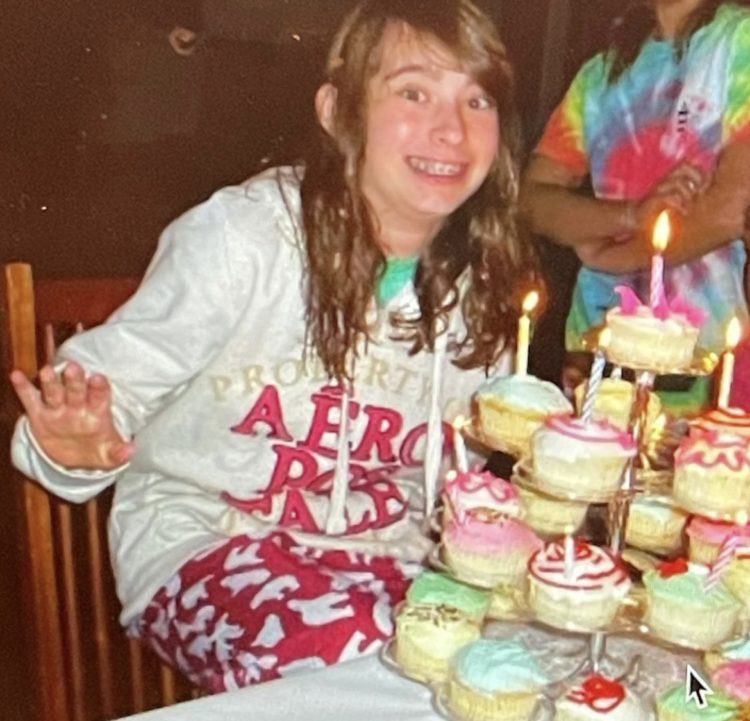 I was riddled with obsessions, intrusive thoughts, anxiety, and compulsions. I had sensory challenges and trouble with math calculations (now diagnosed with dyscalculia, a math learning disability, as well as nonverbal learning disability and auditory processing disorders, as seen in my other articles). This includes issues with fine motor skills, coordination, math, speed of processing, even social challenges. I appeared OK though; I may have thrown up a lot and had frequent stomach pain (anxiety!) but I did well in school, never caused behavioral issues at home and never complained … so naturally, my ability to mask allowed my hidden disabilities to remain, well … hidden.

By the teen years depression, disordered eating and mood swings had entered the picture and the OCD worsened, but I had made it my goal to conceal these things from those around me. It was not until college and being in my 20s (seven years ago) that I started my mental health recovery journey and was diagnosed with bipolar disorder, severe OCD, borderline personality disorder, a form of PTSD, anorexia and more recently, ADHD and learning disabilities.

But really … is this actually because of my prematurity?

I am learning to sit with the uncertainty of that question, and that’s saying a lot, as I truly despise uncertainty. According to several articles I’ve read and talking to therapists and psychologists, my birth likely played some role. The rates of ADHD, learning disabilities like dyscalculia, dyslexia, and processing issues, as well as autism, are higher in the population of NICU babies. This covers babies who were born more than three weeks premature, have a very low or low birth weight (I was under three pounds, myself), and likely spent days, weeks, or months in the NICU, lacking the constant touch that babies need upon entering the world as they are being medically taken care of. I even came across research that suggests higher rates of adult hospitalization among NICU babies who have grown up to have major depression and anxiety, bipolar disorder, schizophrenia, even anorexia nervosa— interestingly, I do seem to have most of the conditions mentioned here.

But if you are a parent with a baby who was born premature, I don’t say all this to scare you or anyone else! I just wanted to put this out there because the internet seems to lack experiences from the perspective of the NICU BABY all grown up, as opposed to from the parent’s perspective (also important, but a different type of perspective than the child themselves). If one is born premature, that doesn’t mean they’ll have attachment issues, trauma, developmental disabilities, or major mental illnesses. Not at all. However, this does seem be the case with my sister and I, at least once the birth trauma had interacted with our pre-determined genetics, as well as traumatic events that would come later–things that cannot be expected nor controlled).

I am a “Preemie Survivor” and I do think this has affected my issues with attachment and why I was born anxious and with intrusive thoughts, as opposed to maybe developing anxiety problems later in life. I think it may explain the ADHD, and who knows … maybe when combined with my teen-hood traumas, the onset of bipolar disorder and borderline personality disorder emerged.

I’ll never have the answers, but this is answer enough for me. I feel a sense of peace now that I am who I am, not necessarily because of my start in life, but a multitude of things, and that the NICU and being a preemie was just one element to a complicated puzzle.

Today I am in therapy and trying to not only cope with my chronic mental health issues, but I also am learning to love and accept the way I am. I am learning to unearth the past and see it from a different lens, not sugar coating it nor viewing it as all bad; it is neither good nor bad, or perhaps it is both. And to be clear, I had an overall happy childhood in spite of anxiety and feeling different. Since then, it has been healthy for me to look and see things for what they were and are, and to embrace and radically accept all of it.

I would really like to hear if anyone else feels anything similar about this as I do, and that is not limited to psychological and neurological conditions; I know many preemies also have physical disabilities and/or chronic illness.

If you are a preemie yourself and relate to this article in any way— please share and comment! 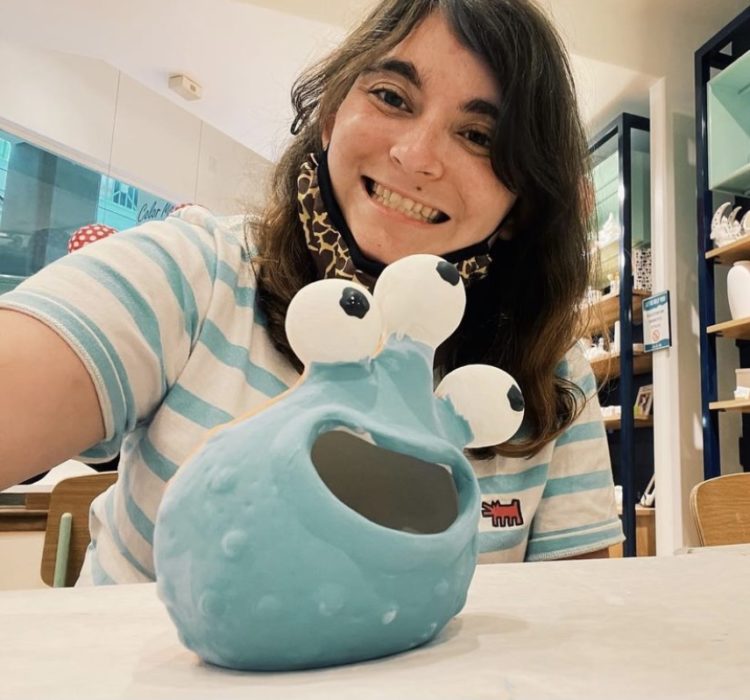 Kaden M (he/they) is a graduate student, working towards obtaining an MFA in creative writing. He is writing a fiction novel, a nonfiction memoir, and a book of poems. He loves traveling, books, dogs, and is an advocate for mental illness and neurodiversity. He has also recently come out as queer and trans and wants to be an advocate for this community as well. He writes about many conditions, including: Bipolar disorder, depression, OCD, ADHD, anxiety, (C)PTSD, Anorexia, Borderline Personality, learning disabilities, Autism/Sensory processing issues... in other words, his experiences with mental illness and as a neurodivergent individual. Kaden also advocates, shares his stories, and general positivity (Oh, and photos of his two dogs!) on his public instagram account @obsessive.but.awesome

kaden_mc
Want more of The Mighty?
You can find even more stories on our Home page. There, you’ll also find thoughts and questions by our community.
Take Me Home