I’m a 30-year-old woman living in Canada. I live with a form of muscular dystrophy called spinal muscular atrophy type 2 (SMA2), it’s a progressive neuromuscular disorder. So as I get older, I get weaker and lose more abilities. Growing up, I was constantly in and out of Children’s Hospital for chest infections. The pattern was two weeks out of hospital then seven to 10 days in the hospital for IV antibiotics. I did this for over 10 years and the hospital staff quickly became a second family. Despite that, I went to public school, played outside, made friends and had awesome grades.

I got my first wish from The Wish Foundation and ended up being the 500th wish child. They flew my family and I to Windsor, Ontario where I met a bunch of figure skaters and was presented with my computer. At 10 years old, I was chosen to be the champion child for Manitoba by the Children’s Hospital Foundation and I went to the House of Commons to receive an award, then to Disney World. 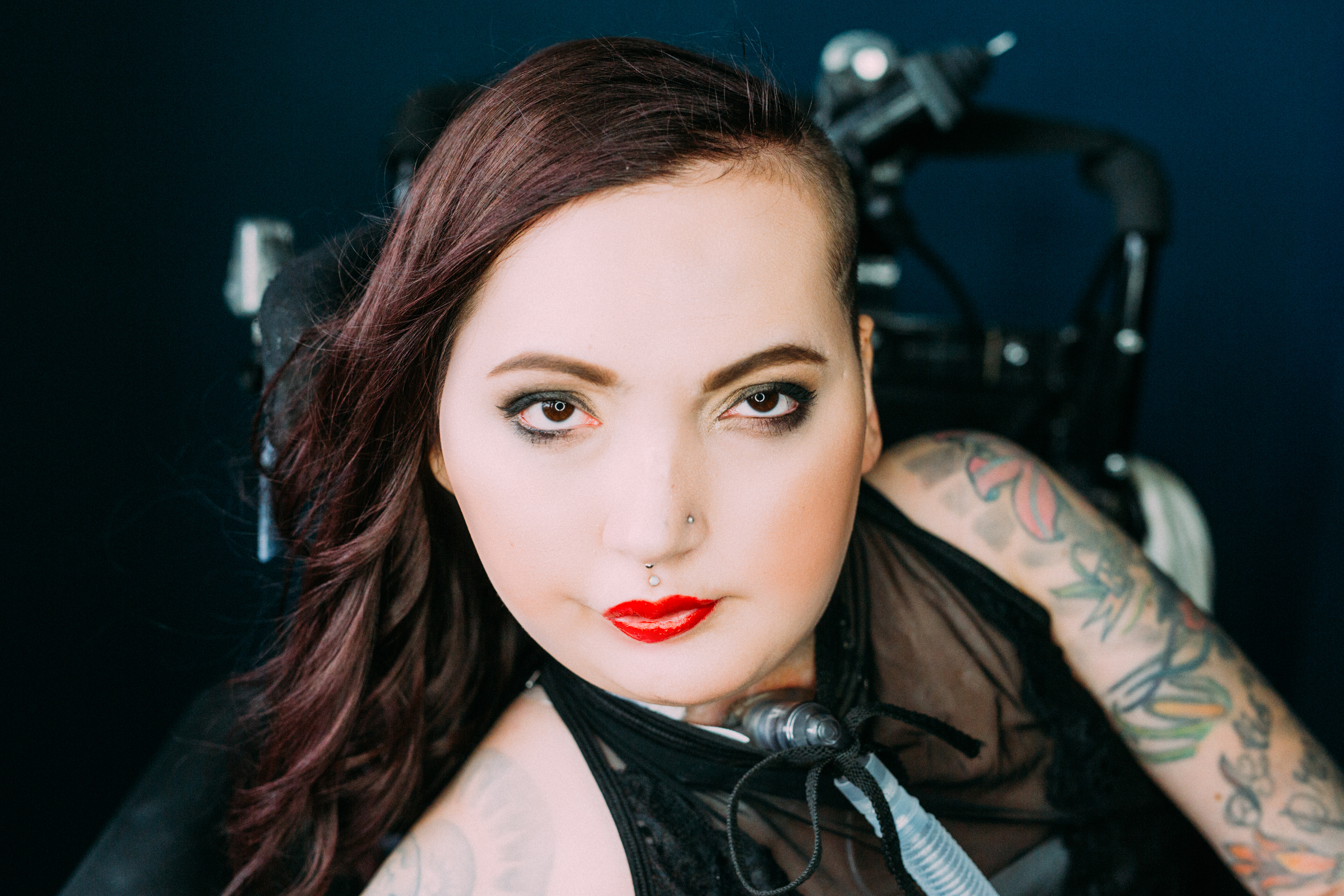 In 2003 when I was 13, I was diagnosed with cancer, acute lymphoblastic leukemia (ALL), on top of the SMA2 and I was the first person documented in the world with SMA2 and ALL. My doctor was phenomenal and did her best to treat me. I did two-and-a-half years of chemotherapy successfully. I also received a second wish because the board decided the cancer was a completely separate life-threatening condition from the SMA2. This is also the point in my life where I started doing surgery and surgical procedures without sedation because it was too risky to sedate me.

One of the chemotherapy drugs I needed weakens muscles — a problem I already have. So it put me in early respiratory failure when I was 15. I had to be resuscitated and then I was trached and ventilated a few weeks after my 16th birthday and was in the hospital for 14 months while my mother took her training to take me home. I started having mental health issues at this time as well. My best friend died because of cystic fibrosis and I was diagnosed with depression and anxiety. This was also the year of my first suicide attempt. After that, a friend encouraged me to start doing presentations about my condition and my life with it, so I did. 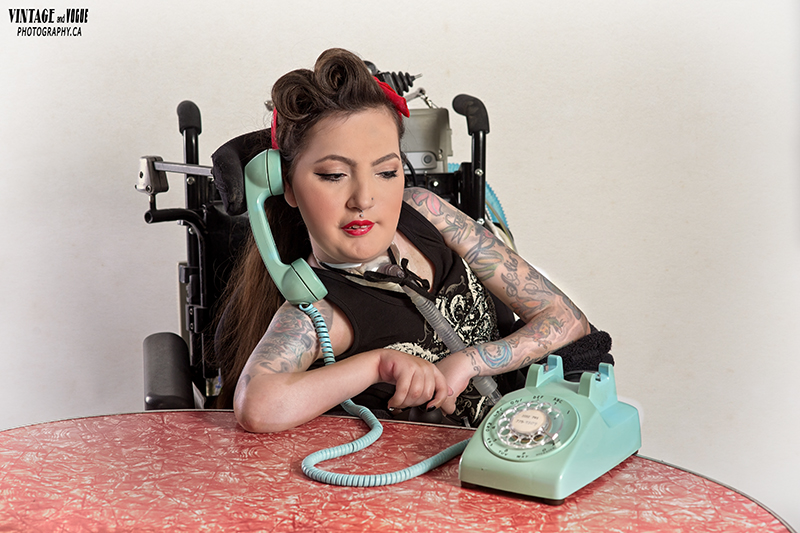 You see, before my friend’s death crushed me, I had already been through a lot of crap. I had already lost several friends to other conditions and in junior high, I was severely bullied for being disabled and having cancer. My first high school was my hell. The principal knew and did nothing. When I was there, it was disgusting how the students with disabilities were treated. Our lockers were in the back of the school, away from the other students. I was constantly told by a teacher I’d never graduate or be anything. Eventually, she and my mom had it out. I was bullied by the football team who would chant “die cripple die” and because I was bald but still dressed like a girl, I was called a f****t a lot. Someone also started the rumor that I was dying.

I wasn’t always outspoken and tough like I am now. I was that kid who wore the black hoodie all the time with my hood up. I was that quiet kid who hated being paid attention to — class project presentations did not happen because I’d skip them. I was that kid who ate alone, until I wasn’t. Something broke and I quit taking people’s shit at 16 years old, literally overnight. I just woke up one day and I’d had it. Sometimes breaking isn’t a bad thing. 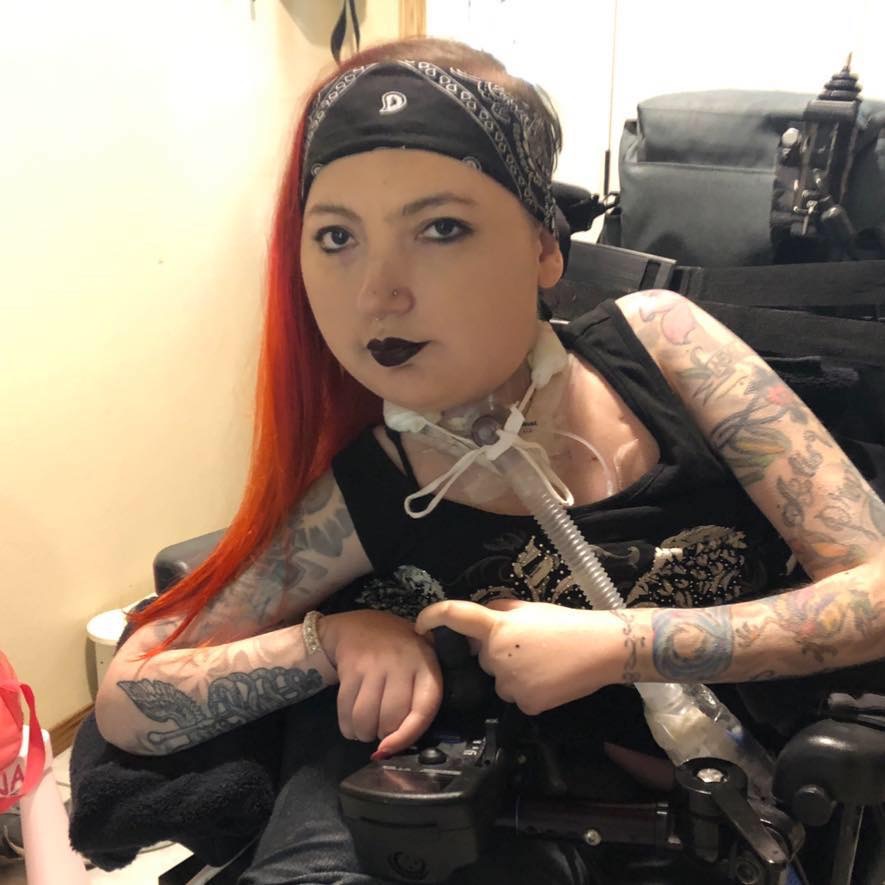 Even with all of these obstacles, I graduated high school with honors and a GPA of 100 percent. I then went to the University of Winnipeg and studied business until I got too sick and had to drop out to focus on my health. As if I didn’t already have enough medical conditions on my plate, I was diagnosed with endometriosis and fibromyalgia, so I’m also a chronic pain patient. Then, in 2018, I went into the hospital for what they thought was another pneumonia. I didn’t get better after the 48 hours of antibiotics so I knew something was wrong. I started pressuring my doctors to do a CT scan and it took me four days to convince them. When they got the results, I had five blood clots in my lungs — a lot of people don’t catch these in time and end up dying.

Now, I still do my presentations in schools, I do a lot of advocacy and I also model. In 2018, I was on the cover of Pin Up Life Magazine, Issue 23: Celebration Of Diversity and then last year, I was in the first issue of True North Pin Up Magazine. I’m currently in a competition to be on the cover of Inked Magazine. I have a lot of photoshoot ideas I’m working on to demonstrate that women with disabilities are beautiful, sexy and desirable.

I’ve learned to take everything I’ve been through and turn it into a powerful tool to teach others — that’s one of the biggest things that has gotten me through everything. I am dedicated to teaching, advocating and enjoying my life the best I can. So to all those kids who are being bullied, going through an illness, fighting every day or just not feeling good enough — I was you not that long ago. You will break in a good way one day too, and when that happens, you can say, “Look at me now, bitches!” So like Sir Winston Churchill said, “If you are going through hell, keep going.” 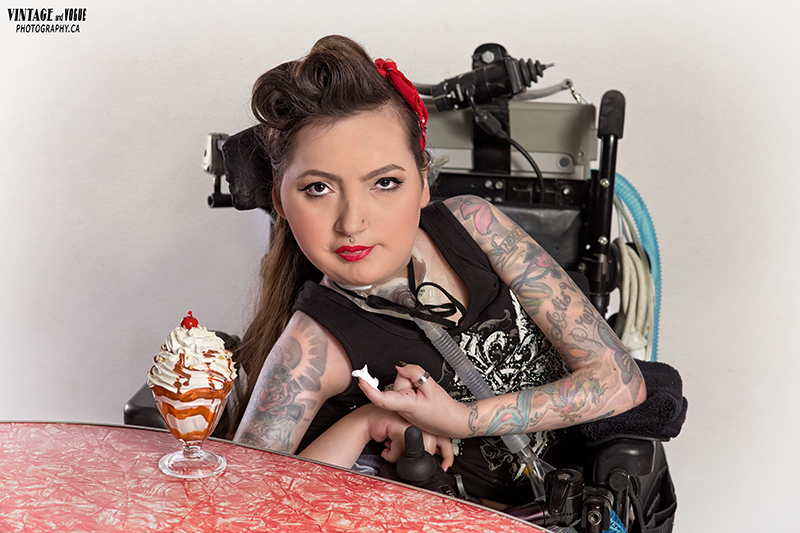 I’m a 31 year old woman from Canada who lives with Spinal Muscular Atrophy Type 2. I battled cancer when I was 13 years old. I’m also a published model.

crystalrondeau
Want more of The Mighty?
You can find even more stories on our Home page. There, you’ll also find thoughts and questions by our community.
Take Me Home