Ever heard the saying, “A picture is worth a thousand words?”

One picture can illicit so many different feelings for different people.

People tend to judge other people by the pictures they post. Those of us living with chronic illnesses and in constant pain have been judged for having better days because people think we are supposed to be in our bed 24/7 instead of trying to enjoy life as much as we can.

Looking at this picture, I’m sure you can see I’m really happy. 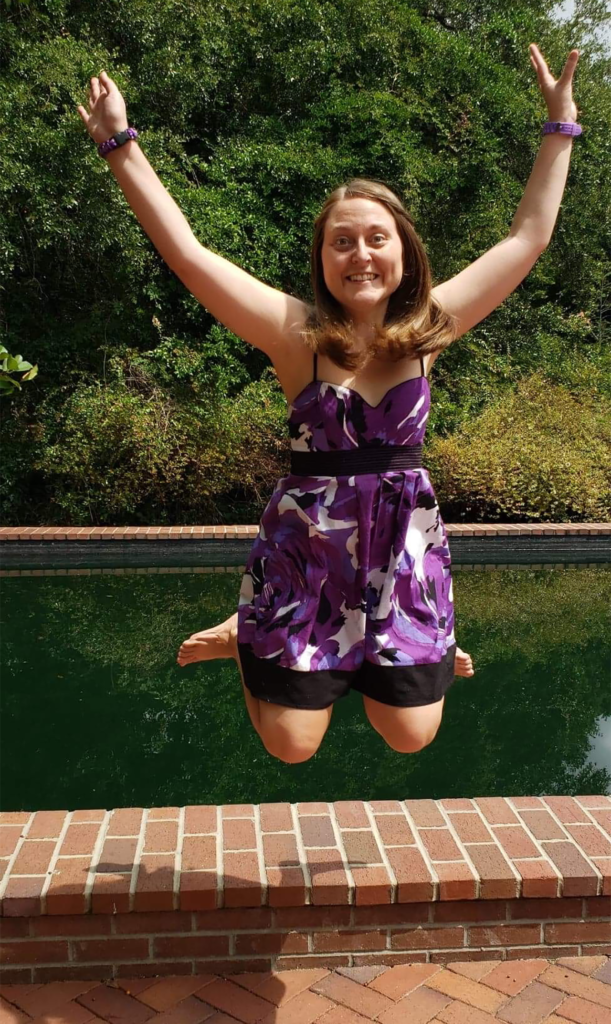 I asked my sister to go with me to a park in our hometown to take pictures of me with my second book “Living with Alpha-1 Antitrypsin Deficiency” at the end of August, right before it was published. I was, and still am, excited it’s been published. This book has a special place in my heart because it’s a book I was able to write with and for my mom and uncle, who both live with the genetic illness.

Without reading any of my other social media posts and only looking at this picture, you probably wouldn’t know I have chronic pain every day. I was diagnosed with endometriosis in 2010 and have had six surgeries including a hysterectomy, gallbladder removal, appendix removal and tried numerous treatments to find some relief. I had excision surgery, which has provided me with the most relief as I don’t struggle with pain directly related to endometriosis. However, I also have been diagnosed with irritable bowel syndrome (IBS), polycystic ovary syndrome, osteoporosis and interstitial cystitis. At the beginning of the year, I had to have lithotripsy to bust a kidney stone and am now preparing for a surgery for sphincter of oddi dysfunction.

The sphincter of oddi is connected to the gallbladder and allows bile to pass through to the intestines. When doctors remove gallbladders, they remove the sac; they don’t remove this sphincter. It is still possible to develop gallstones after having a gallbladder removed because bile is still produced and there is a small area where gallstones can form and get stuck. For whatever reason, my sphincter of oddi has decided to start spasming, and when it does, it’s very painful and causes bowel issues. It doesn’t matter what foods I eat; I experience this pain after eating most of the time. I have to be near a restroom after eating because I don’t know when I’m going to have bowel issues. When I have surgery, the sphincter of oddi will be cut so it can lie flat, bile will not get stuck and the sphincter should no longer spasm.

Would you gather all of this information from one picture of me jumping up in the air and smiling? No. I was in pain in this picture, but if you weren’t around me before or after it was taken, you wouldn’t know I was in pain or how much pain. But despite the pain, it was worth it to me to jump in this picture and be excited and proud of myself for what I accomplished.

It’s important we don’t judge people on the small glimpse we have into their lives from pictures. Maybe they are having a better day than they did yesterday. Maybe they are trying to ignore the pain to have the best day they possibly can. Maybe they just published a book and are so excited and want to celebrate even though they are experiencing high pain levels. Remember these things when you are scrolling through social media.