Find Your Place of Power: How Online MS Support Groups Can Enrich Your Life

Support groups are powerful places. They can be safe harbors, where we find friends, shoulders to lean on, or someone who will actually listen. How rare is that when we need those things the most?

I’m no expert, but after 30 years with MS, I’ve seen my share of support groups. As many as I’ve seen, I still wish I’d joined even more and met even more people who shared my situation – because a good support group is such a lifeline. It’s a fire in the hearth on the longest night of the year, and in good times, is a wind in your sail because you know that somewhere is a group of people who know you’re not lazy, not “crazy,” and are fully deserving of dignity and respect.

One of the most insidious enemies for me and others with MS is isolation. While we’re battling the five-alarm fires of MS (you know what they are) with everything we’ve got, isolation is doing its quiet work in the background, building up brick by brick. When mobility impairments, fatigue, depression and a host of other symptoms arise, so do barriers and isolation from the rest of the world. The terrible irony is that right when we need support the most, the barriers creating isolation in the first place are also turning the effort of going to group meetings into more a stressor than a safe harbor. That’s where online support groups become such a blessing.

Find Your Place of Power: How Online MS Support Groups Can Enrich Your Life - Momentum Magazine

MS support groups can help you feel connected and less alone on your journey. Read how one blogger found connection through online communities.
0 reactions • 0 comments
Total 0 •

For this Labor Day, shining light on the quiet strength, sacrifice and compassion of family caregivers, millions of them

Excerpts from "The Quiet Cost of Family Caregiving," by Paula Span of the New York Times, Sept. 4, 2022:

At first, Dana Guthrie thought she could help care for her parents, whose health had begun to decline, and still hold onto her job administering a busy dental practice in Plant City, Fla.

“It was a great-paying job and I didn’t want to lose it,” Ms. Guthrie, 59, recalled recently. So she tried shifting to a four-day schedule, working evenings to keep up with the office demands, and she began spending a few nights a week at her parents’ home instead of her own nearby.

Ultimately, though, her mother’s liver disease progressed and her father was diagnosed with dementia. The family learned that the cost of hiring home aides for two ailing 82-year-olds exceeded even a middle-class retirement income and savings. “They really needed me,” Ms. Guthrie said. In 2016, she left her job “and moved in full time.”

An estimated 22 to 26 million American adults currently provide care for family members or friends, most of them older people, who need help with daily activities; more than half of those caregivers have jobs. “There’s no doubt that juggling the two can be very difficult,” said Douglas Wolf, a demographer and gerontologist at Syracuse University.

Caregivers who are employed often reduce their work hours or leave the workplace altogether, research has shown.…

Male caregivers tend to "leave the labor force and they don’t come back,” [economist and researcher Dr. Yulya] Truskinovsky said.…

In contrast, women caregivers leave the work force more abruptly and are more likely to return — after just two years, on average — “but at lower wages or fewer hours,” Dr. Truskinovsky said.

The pandemic amplified the conflict between employment and caregiving, Dr. Truskinovsky and colleagues found in another study. “Caregiving arrangements are very fragile,” she noted. While families often patch together paid and unpaid care, “it’s unstable, and if one thing falls through, your whole arrangement falls apart.”…

Caregivers facing disrupted arrangements were more likely to be furloughed or lose their jobs; they also showed far higher rates of depression, anxiety and loneliness than either non-caregivers or caregivers who did not experience disruptions….

Paid family leave… might help workers providing care for the elderly as well. When California adopted paid leave, which took effect in 2004, residency rates at nursing homes declined by about 11 percent, Dr. Wolf of Syracuse and his co-author Kanika Arora found.

Although the study could not establish the reason, Dr. Wolf speculated that “the change in the law induced people to stay on the job, but they took enough time off to keep their parents out of a nursing home.” The authors’ more recent work shows that paid sick leave also helps increase family caregiving.…

After Ms. Guthrie’s parents died, she relocated to Radcliff, Ky., where her sister lives. She found positions at dental practices there but has never matched the compatibility or the salary of the job she left in Florida.

Currently unemployed, Ms. Guthrie has been interviewing for jobs and wondering whether she will ever be able to retire, although she doesn’t regret the sacrifices she made to care for her parents.

“We were a close-knit family and I would do it again,” she said. “But I took a beating, emotionally and financially, and I haven’t really been able to recover.”

6 months to get diagnosed, and 4-5 years learning to manage symptoms. But it does get better.

17 years until a diagnosis

Optic neuritis, extreme nerve sensitivity, numbness, wandering eye, numb butt (really) and all kinds of doctors and testing – Spencer is such an authentic voice talking about his own zigzag journey with MS. www.youtube.com/watch

Every #myMSstory is powerful. What's yours? 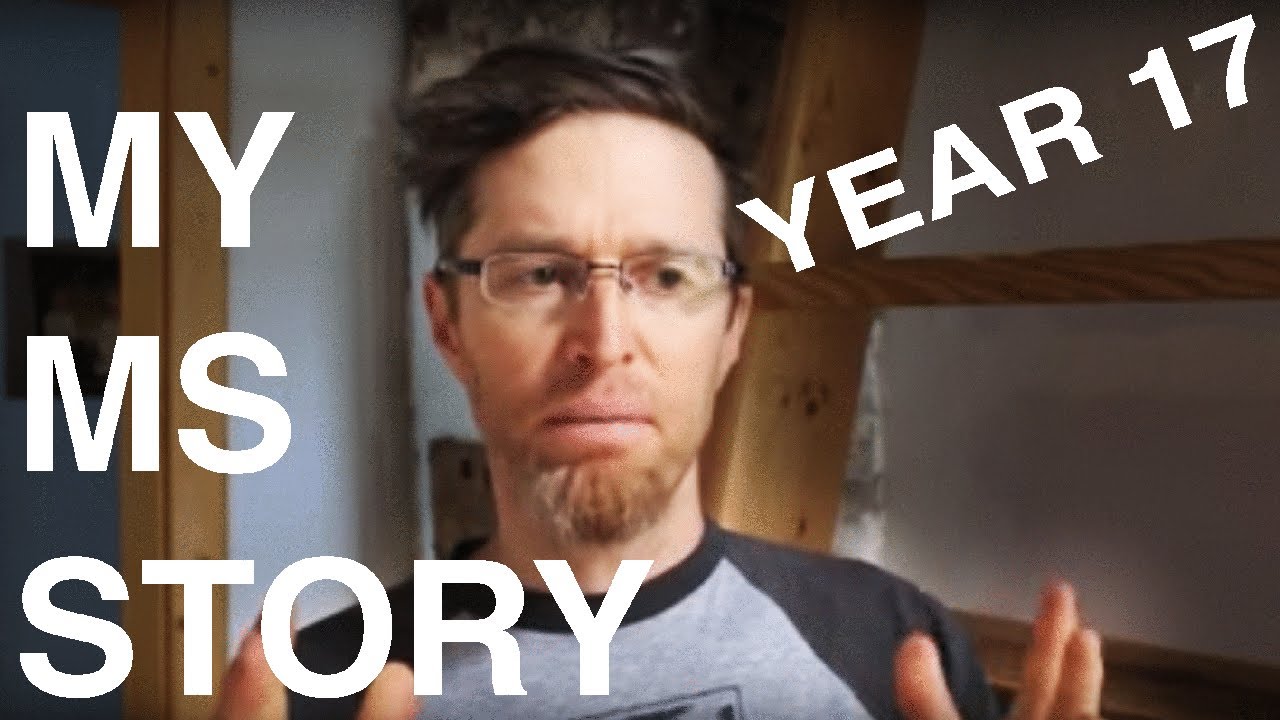 My MS Story - 17 Years Until a Diagnosis

Along with so many others who have posted "my MS story" videos, here is my own story about having multiple sclerosis, finally getting a diagnosis and making ...
0 reactions • 1 comment
Total 0 •