#52SmallThings: A Weekly Self-Care ChallengeBreast CancerChronic IllnessCrohn's DiseaseEpilepsyLung CancerLupusLyme DiseasePost-traumatic Stress Disorder
Looking for something else? Our Mighty community also finds these related pages helpful.
Note: The hashtags you follow are publicly viewable on your profile; you can change this at any time.
Story
Laura West
•
Follow
Multiple Sclerosis

To the New Multiple Sclerosis Patient

Dear newly diagnosed multiple sclerosis patient, Welcome to a club you never wanted to be in, a club that none of us want to be in, or even visit. So you just got told you might have, do have, or are very likely to have multiple sclerosis (MS). Now what? Now you get to have your moment to [...]

Save
What's New in Multiple Sclerosis
All
Stories
Posts
Videos

Trending
On an MS journey? We'd love to be by your side.

The Mighty is a supportive community created to help people going through any type of health challenge. Join to connect with groups, stories, resources, and the people who get it.

How Hope Shaped My MS Journey

The moment my mother held me as a baby, she knew I was different; that I was destined to live a life of purpose. At birth, my parents were told I had an aortic valve defect, and at the time my life expectancy and quality of life were unclear as a child living with congenital [...]

Save
A community brought to you by the National Multiple Sclerosis Society! This group is dedicated to providing a safe space for people to connect, share their MS experiences, discover resources and provide support.
Join Multiple Sclerosis Connections

Talk to a friend; no talking required

Our Mighty Podcast allows you to join some friendly voices as they take on unabashedly honest conversations about the health world. Give it a listen today.

9 Things I Wish Everyone Knew About MS Fatigue

Multiple sclerosis is exhausting. Fatigue was one of my most severe symptoms during the relapse that earned my diagnosis. It’s still my biggest and most debilitating MS-related issue. It was a big part of why I left my job. It’s affected friendships. I think about and confront my fatigue frequently. I was diagnosed in my [...]

As a Mother With MS, I Never Thought I’d See My Kids Trick or Treat

I never knew I’d be lucky enough to see my children trick or treat. I thought walking the neighborhood in combination with standing was out of the realm of possibility for me. I’d accepted that I would revel in taking pictures beforehand and hear about their evening at the end of the night. But this year, [...] 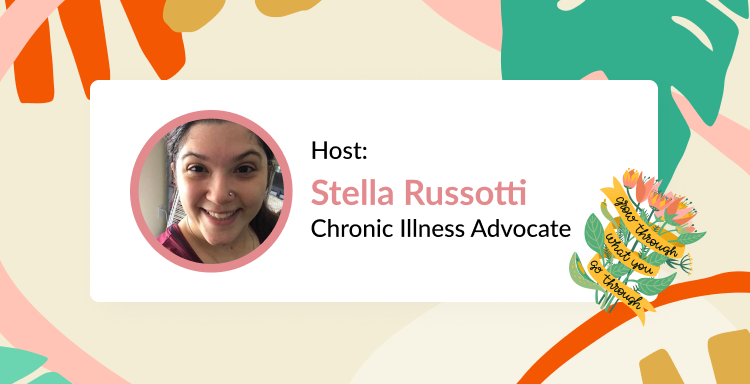 Chronic Illness Support Group
Wednesdays @ 4:30 p.m. PT / 7:30 p.m. ET
A weekly check-in for people living with chronic illnesses. Connect with others who understand what you're going through.
Save Your Spot
Support is just an email away

Check out our Mighty email newsletters today – we'll make sure the resources you need get sent directly to your inbox when you need them.

What is your most frustrating MS symptom to manage?

Everyone’s journey with #MultipleSclerosis is different, including the frequency and severity of symptoms they experience. But if you had to choose, which has been the most frustrating symptom for you to live with? Any tips or advice for how to better manage it?

Why I Hid My Multiple Sclerosis for Over 25 Years

I have lived with multiple sclerosis for 9,855 days (and counting) but the last 270 days have redefined me. After spending most of my adult life hiding from and lying about my health, I am now out and proud. I walk with my cane with dignity. I tell my story with confidence. And I say [...]