Should people with mental illnesses date each other?

I feel so misunderstood by the current boyfriend, not sure if he's acting like he can't hear me when I raise issues but it hurts feeling unheard by him and my Mother....

1 person is talking about this
Community Voices
Cyd Ross @cydross

Bipolar Basics (And the Challenges in Diagnosis)

A complex mood disorder, bipolar poses several challenges to those who experience it. These pains include maintaining relationships, holding down sustainable employment, and often financial struggles. Less than 20% of those having bipolar disorder receive an accurate diagnosis within the first year of treatment. In fact, five or even ten years is not unheard of. So what is so difficult about diagnosing bipolar disorder?

Bipolar disorder is a mental illness causing fluctuating moods and energy levels. It often affects emotions, sleep, appetite, focus, and many other aspects of the person’s life. Diagnostic criteria include experiencing depressive and manic episodes.

During a depressive episode, some or all of the following signs and symptoms are present:

● Feeling sad and/or a sense of emptiness

● Loss of interest in activities

A manic or hypomanic episode may present some or all of the following signs and symptoms:

● Increased activity levels and/or taking on many tasks

● A sense of euphoria

● An abundance of energy and/or insomnia

We can divide bipolar disorder into four categories: Bipolar I, Bipolar II, Cyclothymia, and Bipolar-Related Disorders. Each type of bipolar causes mood cycling. None of these has a singular cause although risk factors include trauma, brain function anomalies, and genetics. Symptoms typically begin during the teenage years.

This is what most people think of when considering bipolar. It is characterized by a depressive episode and a manic episode. Episodes may last a significant amount of time or rapid cycle. Mania symptoms last seven days or more, or are severe enough to require intervention.

Frequently misdiagnosed as major depressive disorder, bipolar II is characterized by a depressive episode and a hypomanic episode. As hypomania is less extreme than mania, they may pass it off as the person simply feeling better for a while.

Less extreme than the above, a person with cyclothymia vacillates between milder depression and hypomania. Continuous cycling for two years is considered cyclothymia.

While not specifically a sub-type, this category encompasses mood disorders that resemble bipolar disorder but do not meet the criteria for a diagnosis.

People are more likely to seek treatment during a depressive episode and may not recall experiencing a manic or hypomanic episode, particularly in cases of bipolar II. This often leads to a diagnosis of major depressive disorder.

Substance abuse may also lead to a misdiagnosis as the use of alcohol or drugs can often affect episode cycles. This can lead the healthcare professional to believe that substance use is directly responsible for mood swings.

Someone with bipolar may also receive the incorrect diagnosis of schizophrenia as symptoms are similar for both diagnoses.

Misdiagnosing bipolar disorder can lead to the healthcare professional prescribing medication that can worsen symptoms. For example, a provider may prescribe SSRIs for depression, which can trigger a manic episode.

Medications prescribed for different conditions may trigger mood and energy cycles. For example, a prescription for corticosteroids may induce mania.

Healthcare providers are not intentionally misdiagnosing people who seek care. As we understand more about the wide sphere of mental illness, the need for deeper psychological evaluation and a detailed patient history becomes more apparent.

If you are seeking treatment for your mental health, it’s important to share a lot of information, even if you find it embarrassing or shameful. The better your provider can understand your experience, the better they can treat you, and the sooner you can feel better.

The Doldrums - Depression or Medication?

2 people are talking about this
Community Voices
Meg R @megatron3

How to get a job and make money after a bipolar 1 diagnosis, where do I begin to find the courage

Hi everyone, I live in South Africa, finding a job after being forced to resign last is mission impossible, previous manager said I wasn't going to get my job back because I was sick, those words crippled every hope I had, she got into my head as if I have the space 😬, its been a year

Hi, my name is Nurselife24. I'm here because I was diagnosed with Bipolar I Didorder 14 months ago. I am currently stable for 14 months. I would like to find support & be able to connect with others who share similar experiences. There are still times when I hate having been diagnosed & I don’t want to keep taking the meds. I just get tired of the appts & meds all the time, every day. Hooefully someone can relate & help me cope. Peace, love, & light to you all!

3 people are talking about this
Community Voices
Melissa Bishop @melissabishop

My name is Melissa and I have cerebral palsy, bipolar 1 and dissociative identity disorder. As a new contributor I am excited to share a little bit about myself through my stories and hopefully help someone else along the way. Having mental illnesses have been so much more of a struggle than a physical disability because of the stigma associated with it. Since mental illnesses aren’t necessarily visible to the outside world there is often doubt and ridicule by both strangers and familiar people. For those of you experiencing conflict in your lives please know that you are worth it!! You are loved and you’re not alone! #MightyTogether

3 people are talking about this
Community Voices
Bri Lauren @brilauren

The View Is Great

Yesterday I posted a thought titled "The Beginning of Hope." It was a thought of mine that I was once suicidal and self-harming at one point but had made it out to the other side, I am now happy.

First, I would like to apologize. I never want anyone to feel the way that I have felt- alone, rejected, and abandoned.

Second, I am not a trained psychiatrist, and I sincerely apologize if I triggered anyone in any way, shape or form in my now-deleted post.

Fourth, it does get better. Sometimes life feels like an uphill battle. Please keep climbing. The view is great. Make sure you're here to see it.

How does this happen?

I'm both glad and sad about having finally been accurately diagnosed and properly treated for ADHD after 47 years. I'm enjoying the sense of peace and presence I don't think I've ever really felt.

I'm just sad, I suppose, that it took this long. I felt the same way five years ago when I was finally diagnosed with bipolar I and properly treated.

I know it's counterproductive, but I do wonder what my life would have been like if these things had been identified sooner.

I know I could have been spared a lot of pain. I just wonder if I missed out on a lot of joy, too.

I know I can't change anything except how I feel about it.

How do you all cope when (or if) you start going down this path of what-ifs?#BipolarDisorder #ADHD #Anxiety

5 people are talking about this
Collections
Think of these like playlists, but for your health. Our editors have selected the best and most helpful of The Mighty just for you. 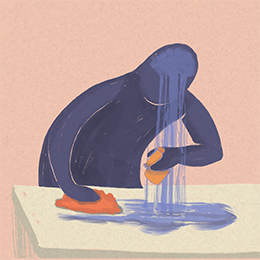 Signs and Symptoms of Bipolar Disorder
Mood swings, lack of impulse control, and paranoia are all symptoms that can make up a bipolar diagnosis. Which sound familiar to you? 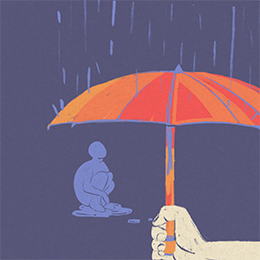 Newly Diagnosed With Bipolar Disorder
Finally have a name for what you're going through? This collection is a one-stop shop for the newly diagnosed. You are not alone. 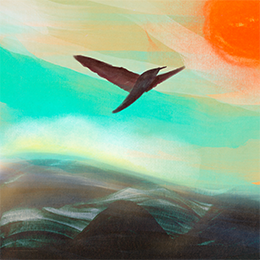 Bipolar Myths and Misconceptions
Myth: "People with bipolar can't control their emotions." Fact: Misconceptions only add to societal stigma. What others would you debunk? 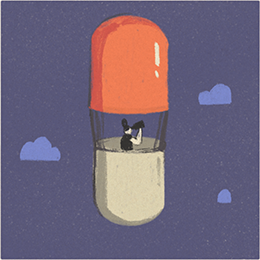 Medication, Treatment, and Bipolar
From medications to therapies, there's no one-size-fits-all approach to symptom management for bipolar. These stories are must-reads. 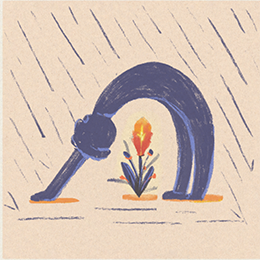 Tips and Tricks for Living With Bipolar
The Mighty's bipolar community has so many tips and tricks to share with you. Check out our constantly growing collection of them here. 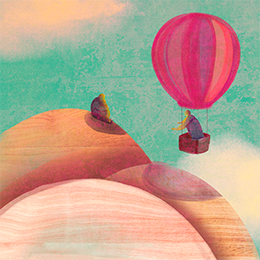 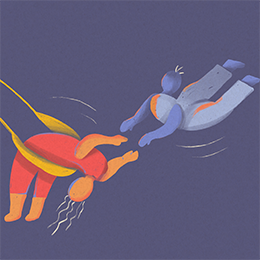 The Reality of Living With Bipolar
If you want to truly tap into the raw reality of living with bipolar, you've arrived. These stories are ones to bookmark or pass along. 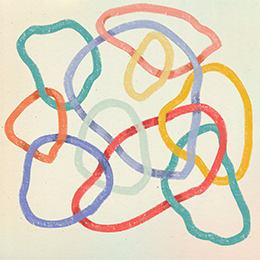 All About Bipolar Mania and Hypomania
Hypomania or mania is a trademark symptom of bipolar. This collection takes a deep dive into how others experience it and cope. 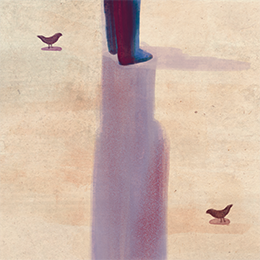 All About Bipolar Depression
"I am just waiting to get to the other side." Learn more about what makes bipolar depression unique. One day at a time. 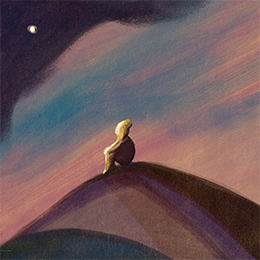 Stability and Recovery With Bipolar
Stability is possible with bipolar, though we know it can feel far away at times. Read the stories of people who have been where you are. 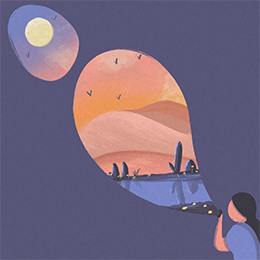 Finding Acceptance With Bipolar Disorder
Once the dust of a new diagnosis settles, acceptance creeps closer to being within reach. Read the stories of people who've found peace. 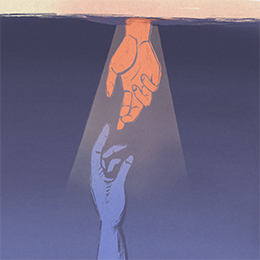 Supporting Someone With Bipolar
If someone you care about has bipolar, how can you help? This collection is perfect for meeting others right where they're at. 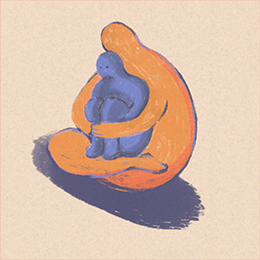 Dating and Sex With Bipolar
Dating with bipolar can be complicated by feelings of hypersexuality or loss of sex drive. But no matter what, know you are worthy of love. 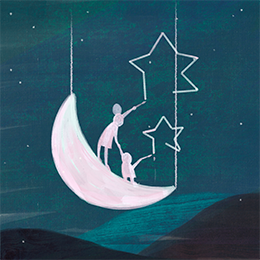 Parenting With Bipolar Disorder
Being a parent with bipolar may look different and that's OK! Learn from others who have blended family and mental illness with care. 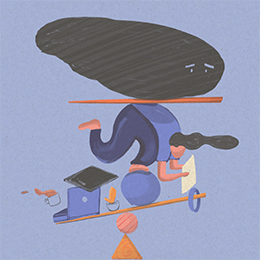 Navigating Employment With Bipolar
Managing your bipolar might feel like a full-time job on its own. But if you're also navigating part-time or full-time work, start here. 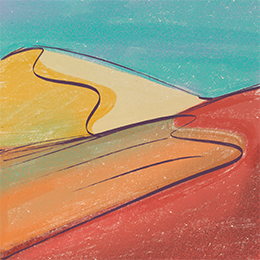 Living With Bipolar and...
PTSD? Anxiety? ADHD? This collection is where all of your comorbid mental illnesses intersect.