Join the Conversation on DBT
3.3K people
0 stories
466 posts
Note: The hashtags you follow are publicly viewable on your profile; you can change this at any time.
What's New in DBT
All
Stories
Posts
Videos

Do you ever wake up….

Do you ever wake up and know with your entire being you don’t want to be here anymore?
I’m tired of the struggle, tired of the fight when I’m not fighting for myself, I’m fighting for those I love. They don’t deserve the pain of losing me so instead I endure the pain of living.
I had a lil selfharm relapse last night. Truly it’s just a few very small marks. But I want to relapse again because yesterdays didn’t touch the pain. I need the pain to match.
I have skills I’m supposed to use in times like this. But I don’t want to. I want to skip the skills and go straight to the familiar. But my therapist will be asking about selfharm tomorrow and I’m not sure I could face the shame of admitting I chose to skip the skills.
(Side note: she does not at all cause or contribute to the shame. She is wonderful)

My therapist is too good at her job lol

I had a bit of a rough session on Monday and afterward I sent my theraapist a follow-up email explaining that there were some things I hadn't told her about and also that I don't really want to talk about them, I just wanted to explain that those things likely had an impack on why I reacted the way I did. But because I'm me I added at the end of my email "I really want to add that I'm fine, somehow I feel like you probably won't believe/agree with that. But like really I'm fine:) " AND THIS LADY responded with "I know you are "fine." AND it sounds like there are other feelings you have too that maybe we can talk through next session?"

Like ma'am, why is fine IN QUOTATION MARKS?! That's just rude 😂 Has my world completely changed in the last month? Yes. Am I overwhlemed and occassionally very passively suicidal? Yes. Have I had multiple selfharm relapses recently? Also yes. But those are all totally besides the point. It's fine. I'm fine. Everything is FINE. She doesn't seem convienced tho and I'm offended (said scarstically).

Like why do we have to go and bring emotions into the conversation? Those things can get stuffed into a box and shoved in a corner where they belong.

According to some studies, 14 percent of people diagnosed with ADHD in childhood went on to receive a BPD diagnosis later in life. They estimate that anywhere from 18 percent to 34 percent of adults treated for ADHD also have BPD. Some personality traits can indicate whether you have both.

Although the relationship between BPD and ADHD makes it more difficult to diagnose and treat, there are still treatment options. People who suspect or have been diagnosed with BPD, ADHD, or both can effectively manage their symptoms with the help of a psychologist or psychiatrist.

How to improve emotion regulation

Emotion regulation is an important life skill that can enhance learning and improve educational outcomes. Developmental research shows that the ability to regulate emotions improves with age. In neuroimaging studies, emotion regulation skills have been linked to the recruitment of many prefrontal brain regions involved in cognitive control and executive function, which mature later in development. In this review, we discuss the regulation of negative and positive emotions, the role of other people in channeling our emotional responses, and potential applications of this work in education.

Because emotions can enhance or hinder learning, the ability to regulate your own and others' emotions can contribute to successful educational outcomes. Emotion regulation is an emotion-cognitive interaction in which cognitive control systems are thought to help suppress or enhance negative and positive emotions (Figure 1). Children and adolescents may be more difficult to regulate because brain regions associated with cognitive control structures (such as the prefrontal cortex) may mature more slowly than structures associated with emotional responses (such as the amygdala and ventral striatum) own emotions. Weaker or less organized functional and structural connectivity between these brain regions during childhood may also lead to increased difficulty with emotion regulation [55-. However, available data suggest a disconnect between negative and positive affective domains: Children and adults on disgust Responses to stimuli were similar, and it was more difficult for children to regulate responses to them; by contrast, children were more sensitive than adults to rewards, and people of all ages could regulate responses to rewards. Of course, personality factors such as depression and anxiety, as well as situational factors outside of the classroom, such as stress or abuse, can increase emotional reactivity or impair prefrontal cortex function, both of which can make emotion regulation more difficult.

Taking control of our emotions is a way to regulate, control or change them. But it's not the only way. Accepting our emotions or doing something non-emotional are other ways to change emotions without directly controlling them. In fact, emotional control may not always work, and it may not always be beneficial. For example, certain types of emotional control, such as repressing -- or hiding your feelings -- can have long-term negative effects on your well-being.

Some people are better at regulating their emotions than others. They have high emotional intelligence and understand their own inner experiences and the feelings of others. Although they may appear to be "quiet by nature," these individuals can also have negative emotions. They have just developed coping strategies that allow them to self-regulate difficult emotions.

Emotion regulation is defined as the ability to influence a person's emotional state. It can involve increasing positive emotions, decreasing negative emotions, or both. Generally, it involves changing your thoughts or behavior, sometimes consciously and sometimes unconsciously. For example, you can focus on a silver lining or pull yourself out of a difficult situation to regulate your emotions. Regulating your emotions with healthy strategies will make you feel better and help you recover from stressful experiences faster. Therefore, emotion regulation is sometimes viewed as a coping mechanism.

Other researchers use a broader definition of emotion regulation, seeing it as a set of skills that help keep the emotional system healthy and functioning. Because emotions are not absolute and permanent, we can learn to adjust our emotions, their intensity, when they arise, and how we respond to them. A key aspect of emotion regulation is that it occurs when goals are activated.

What are your tools for emotional regulation? How do you self soothe?

#DBT #Depression #BorderlinePersonalityDisorder
I am currently being made to attend a Day program and then possibly have to attend DBT Therapy .
I have had numerous hospitalizations and medications even had ECT .
They have changed or added to my diagnosis numerous times.
I'm so over it.
I dislike so many aspects CBT/DBT
Why does the mental health care provider community think this "The Answer "

How do you stop dissociating from your feelings in stressful situations?

I am likely going to lose my beloved cat today, who is my once-in-a-lifetime pet. The second love of my life, next to my husband. I know I need to allow myself to feel the grief but I can already feel myself trying to stuff it down like I’ve been trained to do all of my life. I am early in my DBT practice and using what I’ve learned so far but I am not sure how to stop the stuffing that I can already tell is taking place. Any tips or advice would be greatly appreciated. #BorderlinePersonalityDisorder #BPD #DBT #Grief #Dissociation

For those who find the workbooks too expensive, or need something alongside them, here’s a really good link to some free DBT sheets! #BorderlinePersonalityDisorder #DBT #Therapy 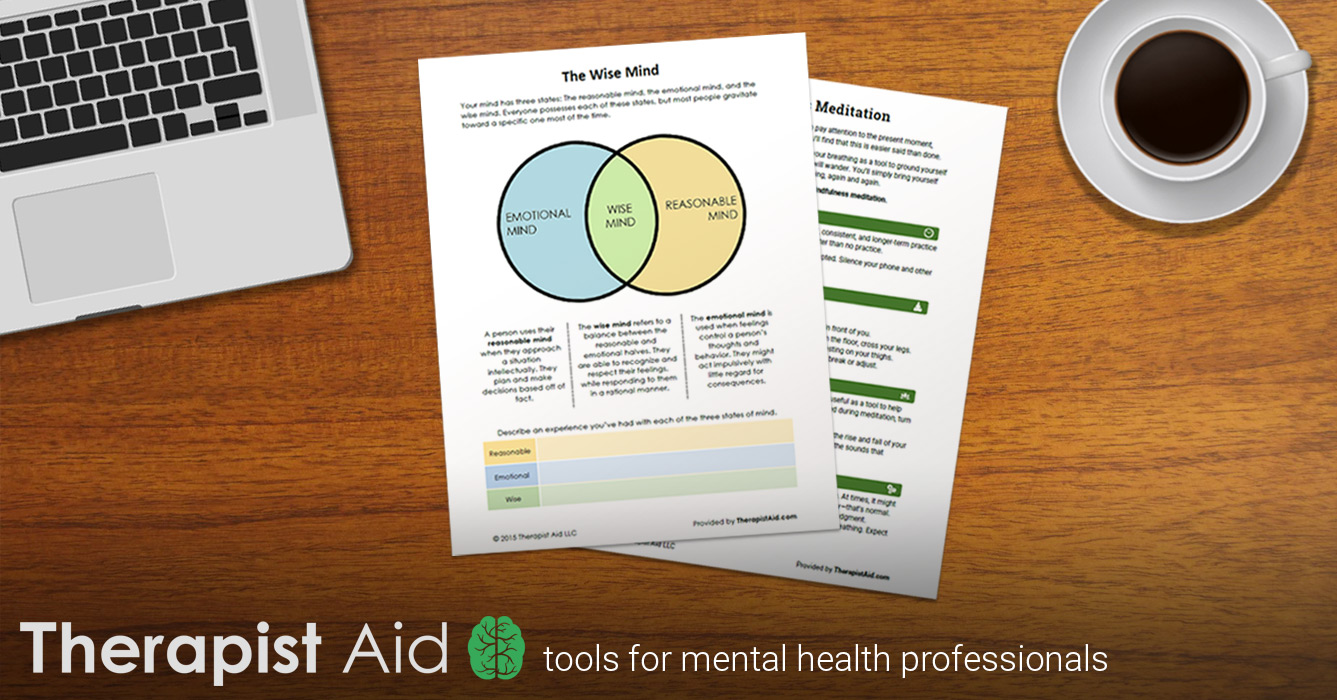 I’m seeing a lot of posts mentioning DBT skills but have not specifically identified any that reference where this documentation is available at. Can anyone advise? #DBT #DBTSkillsCoaching #BPD

Can’t say too much without introducing spoilers but both my pwBPD and I were surprised at the repeated mention of DBT and the use of a couple skills in the pilot episode of Marvel’s She-Hulk. Never did I imagine Marvel going there, but they did!

If you haven’t seen it yet, it’s in “She-Hulk” episode 1 on the expensive mouse channel.

Anyone else tried DBT?
It’s helped me a lot when CBT hadn’t
#Therapy #DBT #Anxiety #Depression

i got diagnosed with BPD very recently and still work my way through understanding myself. its a rocky road but sometimes a bit of a relief too because now my traits are more visible to me and there is a name for all of this. i was really ashamed for a couple of weeks when i got diagnosed because i had such a bad impression of what BPD is. i thought we are bad and evil people with no control and a very wrong perspective on ourselfes and others. now, with the help of my therapist and reading stuff here i begin to understand that i am not crazy or a bad person. i am learning about my traits and how to be more clear about situations when intense feelings like loneliness, anger and random fears come up. i am also recovering from a super unhealthy relationship that was abusive in many ways and now i understand that i do not choose a partner because i want to be with them, its more i need them to feel complete and through them i can finally see who i am. at least that is how it always felt. but now i understand its not healthy and this leads to poor boundaries, codependency issues and deep fears get triggered, also massive anger. but understanding those issues is the first step to learn how to cope in a more healthy way. :) right now with understanding all of this, i feel numb towards my ex (that i so much wanted to marry 3 month ago) but i have this strong feeling that i need a new partner. it is very hard for me to accept that i should not date anyone right now and work on myself. i cant do that when i am involved with someone because then all my traits take control. i am trying to stay away from potential dating but i have no idea how long i can resist. and on top there is that little fear inside of me that one day i will see my ex by chance and might feel massive pain about the loss. i remember clearly that pain i had the first weeks after breaking up. had to take medication to reduce the panic and anxiety. i couldnt move and had panic attacks because there was so much pain. and the anxiety that i am super lonely and empty was really bad. then my ex began to stalk me for 2 month and the pain over the loss went to pain of being abused again and not respected because i learned that stalking has very little to do with love. is anyone out there also struggeling with needing a partner so much? or anyone who also got diagnosed recently? #BPD #Toxic relationship #DBT #Emptiness #Codependency