Hey everyone, I have been thinking about starting a YouTube channel, mainly to make videos about hacks and tips to living with a Chronic illnesses, but also thinking about doing some vlogging as well To show what it’s really like to be chronically I’ll , would anyone be interested in watching? Or have any video ideas? Would really like to start it but I am scared that no one will watch haha, any thoughts are welcome😊😊 #EhlersDanlosSyndrome #ArnoldChiariMalformation #Syringomyelia #Gastroparesis #ChronicVestibularMigraine #Dysautonomia #AutonomicDysfunction #Anxiety #Spoonie #Vlog #spoonielife #PelvicOrganProlapse #ChronicPain #Hope

Does anyone experience seizure like episodes in relation to POTS or EDS? If it is a seizure it’s very mild. They last from 10-40 minutes and happen randomly and inconsistently, so I have no idea what triggers them. It’s mainly just the upper right side of my body, which is odd.

Anybody have tips on pediatric dysautonomia?

My daughter was diagnosed with moderate dysautonomia. Anybody have any tips. To name a few, she experiences, nausea, reflux, headaches, muscle weakness, dizziness, stomach pains, palpitations, orthostatic tachycardia, lightheaded and more. She takes florinef, a beta blocker, and extra sodium and fluids. Thanks! #AutonomicDysfunction #Dysautonomia #pediatricdysautonomia #PosturalOrthostaticTachycardiaSyndrome #LivingWithPOTS

What tips do you have for enjoying the outdoors with chronic illness?

Living with a chronic illness or disability doesn’t mean you can’t go outside to explore or have adventures, but planning and preparing is key (and something not a lot of non-disabled people even realize).

What are some tips and tricks that help you prepare for outside activities? 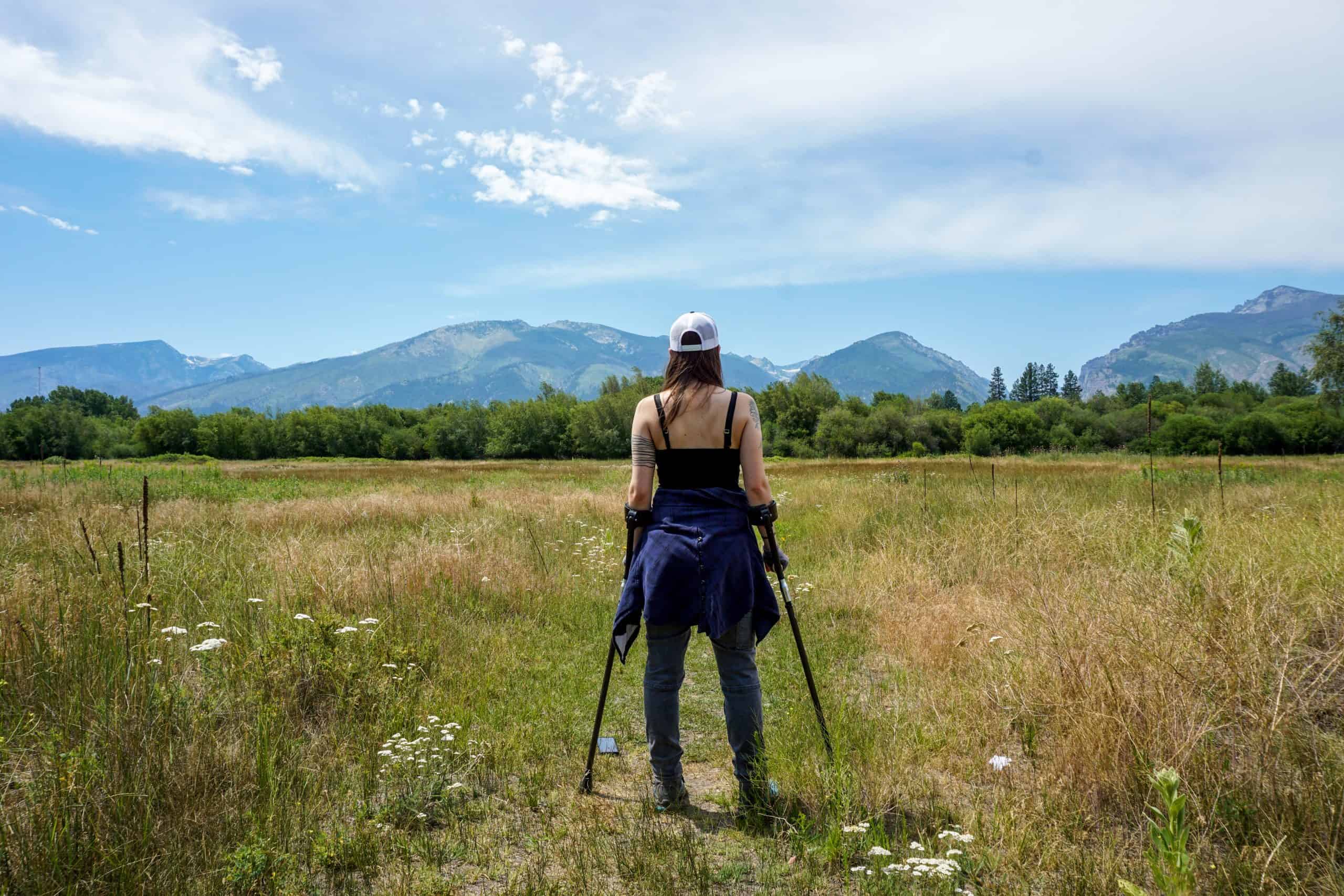 5 Tips for Exploring the Outdoors With Chronic Illness

"It might look a little different than it used to, but it's not 10-mile hikes or bust. We can find a balance between doing the things we love to do and living well."

Hey everyone. I have a repeat gastric emptying study tomorrow to see how my #Gastroparesis is faring. There’s been a distinct deterioration in symptoms and tolerance of oral intake over the past 6-12 months and we’ve been discussing an nj tube but gastro doesn’t want to do it without clear evidence as my weight is fairly stable due to consuming Coca Cola for energy. My hospital uses egg white omelette and toast for it. Last time I had eggs it went badly. I couldn’t poop for 4 days, had severe distension and pain, and then had a rather embarrassing accident on the way home from a family visit. So I’m dreading it! I’m also dreading it coming back no worse than last time and having to continue this cycle of trying to force enough calories in before I feel too sick to get anything else in. Then being in pain and bloated and feeling crappy. My muscles are so weak from 11 months with very minimal protein intake 😭 #hypermobileehlers-DanlosSyndrome(hEDS) #Gastroparesis #AutonomicDysfunction #HemiplegicMigraine #ChronicPain #ChronicFatigue

Having a really rough day. I got triggered pretty bad yesterday. And I haven’t been feeling well. Found out I have Mast Cell reactions (which was great finding out cuz it’s finally an answer after a full year of hell and the treatment is helping but it’s still hard) and my body is so tired and inflamed.
Needing support I guess. My husband is trying his best. My mom is… inept at mental health at best, a bit hostile at worst. And my poor babies (my kitty and puppy are my kids) are having a horrible time with their own anxiety and depression and I don’t know how to help them. It’s all just… a lot. Especially when I’m allergic reacting to everything. 😓😥
#PosturalOrthostaticTachycardiaSyndrome #AutonomicDysfunction #LymeDisease #MastCellActivationDisorder #SuicidalThoughts #Depression #Anxiety #MightyPets #Migraine

Something worked for me, please read on

I had BMS for a good 20+ years. I questioned my general dentist, periodontist, oral surgeon, pcp,
endocrinologist, and anyone else who I could ask if they knew anything about it.

I my case, it only affected the left sideof my mouth, lips, tongue and upper palate. Right to the midline. Odd.

I was told by different medical professionals that it was psychological, it was due to a combination of the medications that I was on, it was food intolerances and more. I tried " miracle mouthwash" and .05 mg clonazepam 3 x day. No change.

I eliminated different foods and food groups for weeks at a time. Nothing.

Sometimes wearing my bite guard during the day would lessen it, but only a bit.

As I was in the process of getting diagnosed for a genetic disease, I had reason to see Neuromuscular Speciaist/Neurologist/Psychiatrist (all one physician) at Mass General in Boston. Along with being diagnosed with Mitochondrial disease (muscle biopsy then Genetic testing) I was also diagnosed with small fiber neuropathy (skin biopsy) and autonomic dysfunction (lots of tests).

I figured that this is the person who can help me with BMS! He discusses things with colleagues at Mass General and other Boston hospitals. He trialed me on Gabapentin and Lyrica but they really affect my mood. Trialed some Parkinsons drugs (off label, I don't have Parkinsons). Finally landed on a drug called Pramipexole (another Parkinsons drug). My pain went from a 10 to a 1 with some time and dosage adjustment, if I have any at all.

Having chronic illness is like your body punishing you for simply trying to live your life.

I went to a picnic on Saturday, and I am still suffering the consequences of me trying to act like a normal student and have fun.

I have been waking up in the night very nauseous and my heart pounding with extreme thirst. I can’t sleep anymore than a couple hours at a time. Help!

What’s been your experience with acupuncture?

Mighty staffer Kat tried acupuncture for a couple of months to help with her chronic migraine pain and found her symptoms either stayed the same or even worsened after a couple sessions.
This hasn’t been everyone’s experience however, and she’s definitely heard many success stories, too!

What’s been your experience? Has acupuncture helped you? Have you found your symptoms to change or stay the same?