For this Wellness Wednesday, I want to share my story about Latent Autoimmune Diabetes in Adults (LADA).

LADA is a slow form of type 1 diabetes that occurs after the age of 30. It is often misdiagnosed as type 2 diabetes.

It took me almost three years to receive a correct diagnosis.

Contact your healthcare professional immediately if you don't see results from managing your diabetes, your blood sugar levels are creeping up without making any changes to your current diabetes management plan or your symptoms and risk factors are consistent with LADA.

❓ Have you been tested for LADA? 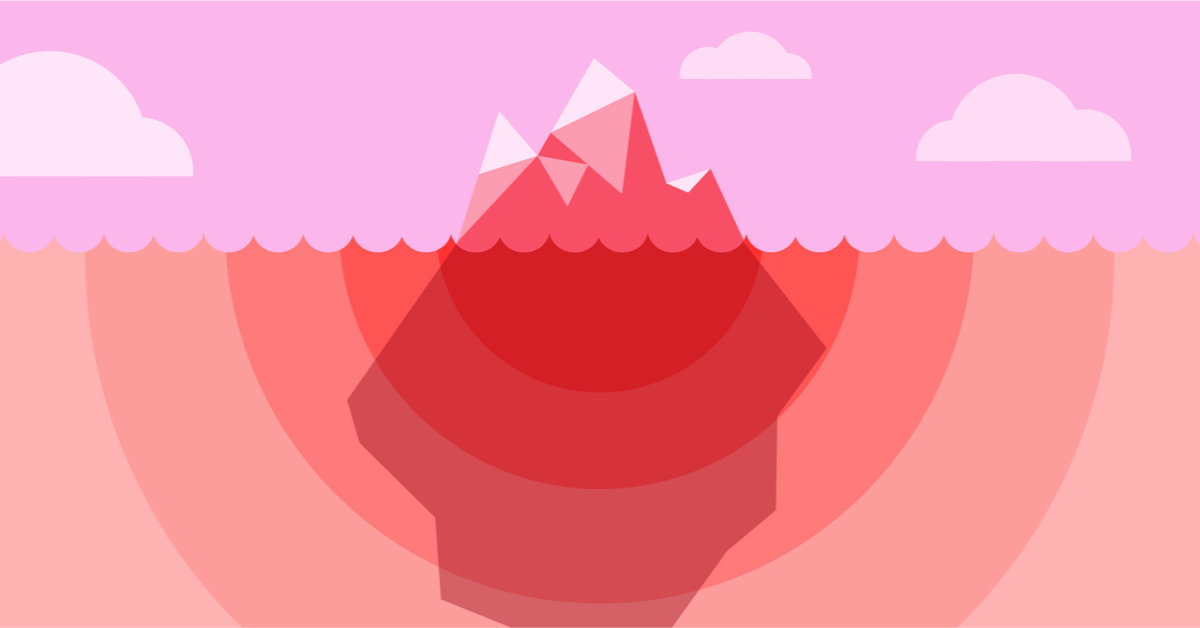 LADA: When It's More Than Type 2 Diabetes

I have trust issues. And amazingly, they don’t stem from one too many “trust falls” gone wrong from my younger years (though maybe that contributed). My trust issues center around bigger things: trusting my body, trusting my doctors, and trusting… life. I was diagnosed with atypical cystic fibrosis (CF) one month and eight days before [...]

Just curious, have you ever been misdiagnosed?

If so, how did that label effect how you were treated by medical professionals?

Did it have any long term consequences such as difficulty obtaining disability?

Considering writing a short story on the negative impacts of being misdiagnosed. My experience led to years of delayed necessary treatments, medical gaslighting, and Inability to obtain disability.

Assumptions and mistakes in reviews and assessments

Every time I have a diagnostic assessment or a review they type up a summary of what was talked about, how my mood seemed, what I was wearing all objective versus subjective opinions. i.e. Mood: subjectively depressed, objective mood a bit anxious and low. What I never understand is why it's always the objective (psychiatrist's) view which is taken as how I am when they have just spent 1 hour with me out of the days/weeks and months I've spent LIVING the mood and that I've been there before many times and know that mood too well.
Small errors in reviews over years totally create a picture of what could be an entirely different person...I told one doctor that I'd managed to get a job but had been sacked within weeks for being unreliable (a common problem with lots of physical AND mental health issues). The summary said " C said she had recently been offered a job but had turned it down"
Every subsequent review or assessment is based upon the "experts" previous summary and even the last example about the job shows how these mistakes can alter the perception of someone. Losing a job because your health let you down AGAIN and leaves you feeling hopeless that you'll never be able. Being offered a job (especially as it was in a sector I loved) and turning it down isn't even trying and on paper or makes it seem that there's no point in psychiatric help as I'm not helping myself.
I'm still struggling for a diagnosis 6 or 7 years after first referral to the mental health team because of all these conflicting and incorrect reports.
All I really want is for them to stop batting 2 diagnoses back and forth and concentrate on the symptoms because over time left untreated these symptoms are becoming/ have become much more severe.
I don't know how it works in the US (I know there's lots of people from the US on this site) but here in the UK it's hard to even get to see a shrink and if you do you don't get to choose who or someone who specialises in your particular needs. You certainly don't get to challenge them or call them on mistakes made in what is your official mental health history and what medications are prescribed from and diagnoses formed.
If I visited a podiatrist (foot specialist) and they diagnosed laryngitis it'd be about the same in physical health
Does anyone else feel this helpless and misunderstood? In a previous post someone mentioned having to become your own doctor.. it's so true I have had to study almost enough to ACTUALLY be a shrink 🤔 I wish everyone a speedy arrival at a correct diagnosis from someone who listens and then the best treatment for YOU and your symptoms ❤️ #Misdiagnosis #reviews #incorrectasessment #symptoms

Has anyone else out there gone through the being misdiagnosed with bipolar as a teenager?

I’ve read this was a big issue in the late 90s through the mid 2000s. Possibly still is but that it exploded at that time—childhood diagnoses of bipolar disorder. Am I the only one who has gone through this? I’m curious about others stories. Did this happen to others? What was their experience like? Did it impact their relationship with their families? Do they feel it still impacts their life today? #EarlyOnsetBipolarDisorder #Misdiagnosis #MedicalTrauma

When you are diagnosed with diabetes, it is vital that you confirm the diagnosis. Having a misdiagnosis could prevent you from receiving the correct treatment, and that alone can have devastating effects.

Read on to find out about some of the other types of diabetes (some we’ve discussed prior in this group) and how to ask your healthcare provider for additional lab tests.

Could You Be Misdiagnosed With Type 2 Diabetes?- Type2Diabetes

Could I Have Been Misdiagnosed? Do I Have Type 1 or Type 2 Diabetes?- DiaTribe

I am so confused with misdiagnosis

I have struggled with mental illness since I was about 14… and I’ve had so many diagnoses since then, that I don’t even know who I am anymore. The last psychiatrist said I have Bipolar Disorder, General and Social Anxiety, AND PTSD. My most recent therapist disagreed and said I have BPD and I agree with the therapist, but still feel so lost. I’m 23 and I’m lost.. #Misdiagnosis #BipolarDisorder #BorderlinePersonalityDisorder

I want to get a second opinion but I'm scared of medical gaslighting..

I'm questioning my fibromyalgia diagnosis. I know this usually work the other way, but the only test my GP did before diagnosing fibro was an ANA test (negative).
I'm concerned that there is something going on that needs a different treatment and that this approach can be causing damage.
I want to see a specialist but I have no idea who I fall under.

I have been shut down by doctors more times than I can count. I find that many get irritated when I know more about my condition than they do. I'm not great at pushing for things and advocating for myself when I dont feel like the physician is listening to me.

Does anyone have any tips?

It’s not okay that endometriosis patients are so mistreated and ignored that I am at the point that any medical appt makes me feel extremely scared and anxious. It genuinely fills me with rage at this point. The fact that I’ve been treated like literal garbage by so many doctors for so many years—for over a decade—that seeing someone new makes me this upset is a disgrace. To be vulnerably honest, friends, I really do feel like I’ve been traumatized by this over the years, after having to deal with this many salty doctors’ snide comments, dismissals, and deflection of blame onto me as if I am not sick—instead I’ve been treated like my mind is the problem—all because of their bruised egos that they weren’t skilled enough to help me, or their ignorance due to THEIR lack of knowledge about my illness.

I have seen three doctors this year alone who have refused to even believe me. They offered me nothing more than some iteration of: “no one has that much pain from a period try ibuprofen,” even after seeing my book-length chart & my surgical diagnosis! Before I was diagnosed it was even worse—I spent almost two years (my whole MA) in pain almost every day, physically & mentally, and I had no choice but to cope as best as I could with zero assistance from any of the many, many doctors I went to see during that time. It stopped me from being as social and active in my program as I wanted to be too—and it was all because my doctors were a joke who said I was fine &/or who told me my pain wasn’t even real and that I should see a psychiatrist. They were awful. They made me feel completely hopeless. At my lowest point, I even started to question my own mind and my own bodily experience. They treated me like I was “hysterical” to the point that for a while, I actually felt like I was losing my mind.

The worst part about all of this though is that these doctors, the people who I should have been able to rely on to help me, didn’t just fail to do their jobs—they also made my illness and my pain significantly worse. If I hadn’t been dismissed, derided and put down by doctors for the last decade that it was growing in my body, then my endometriosis wouldn’t even have progressed to its current multi-organ state. Now it’s so painful I can barely function most of the time. How messed up is that?!

Our society teaches us that doctors can be trusted and they always know more than we do—endometriosis patients can confirm that is a LIE. We, the endo warriors, are the true experts when it comes to endometriosis. The majority of OBGYNs and primary care doctors know less than we do, worldwide, and that is a serious problem. #Endo #Endometriosis #endometriosisawareness #MedicalTrauma #MedicalPtsd #ChronicIllness #Misdiagnosis #access #HealthCare #Diagnosis #reproductivejustice

Hello! My name is Cassia, I'm a 36 year old mother of 5 and discovered The Mighty when researching different aspects of my new diagnosis....I have Bipolar 1 and as a added bonus substance abuse issues most my life. I was previously told I have depression, anxiety, and PTSD due to previous domestic violence, and was prescribed every medication known to man for those disorders. None worked. I self medicated, and was able to hide it from my husband for years. Then it all blew up in my face, he discovered my drug issues, so I flipped to on & off drug issues and online gambling. My husband does not believe in addiction, he dont believe I really have any mental illness, nor does his family who is the only family I have left. My mom is a alcoholic, dad is also bipolar, I have no contact with either. My husband believes I chose to use drugs, I chose them over my family because I don't care. I chose to spend money stupidly, I chose to be depressed, go threw mania, self hate, isolate, say irrational things, have no energy, cry often, be paranoid, over react, over think, plus everything else that we bipolar go through. That I use my diagnosis to get another pill. Since no one understands, I've alienated everyone but my husband (and I do mean EVERYONE). I was literally uninvited to every family event/holiday. I'm scared I'm going to lose my husband, and our 5 kids with him. I'm looking for help. Help for myself, help for my husband to understand and believe, and to get my life back. I now have a councilor, phyciatriat, and am impatiently waiting for a intake worker to call me back for substance abuse treatment. I need support. I need a friend that understands.