I haven't posted in a while. Things have been somewhat stable. I've been at my job almost 6 months now. I like working at Disney World but what makes things stressful for me are when guest don't listen or follow your directions. I work at the Skyliner which is a form of transportation that operates like a ride, so guest safety is a big part of my job. When guests don't listen it puts their safety, cast members and other guest's safety in jeopardy. Thankfully I have not had any incidents of guests or cast members being injured but many nights I come home completely mentally and physically exhausted. I did put in a request to transfer to a less safety critical and less stressful position. I am waiting for an opening.

Financially I am ok but I had a medical situation that happened around Thanksgiving and had to go to the hospital. I don't have medical insurance. I now have a $40,000 bill I am not able to pay. Also the Skyliner was closed for refurbishment for a week. I am part-time, so I got no hours for that week. I really hate when I seem to be getting above water, then something pulls me back under again. I just want a better life that I can't seem to be able to have.

I did put my down time to good use. I have passes to both Disney World and Universal Orlando. So, I went to both during that time off and took some pictures. I use photography as therapy. I will post a few pictures soon.

Motivational Monday: You Made It To Today So Keep Going

“The thing is…
is that you’re still alive,
your heart is still beating,
your eyes are still blinking,
your brain is still thinking,
you thought you couldn’t survive yesterday,
but you made it to today.
So keep going.”- S.B

You can definitely make it through today if you survived yesterday. One step at a time, one moment at a time. Keep going 💙

When my six-question assignment, which needs to be answered in 3-5 sentences for each question, turns into an eight-page essay.

So lately I’m struggling managing my emotions , I easily get bothered or overwhelmed. I feel like I’m being judged for almost everything by my spouse . The other day I was so overwhelmed by an argument I had with my spouse and other stressors on top. I felt defeated and I’m going through a lot of stress… a few days ago I wanted or felt like I wanted to cut my self but I didn’t, instead I scratched my wrists … and I kept thinking I wanted to stop existing, but I really will not act upon those thoughts, because I know I will not plan anything…and I know is time to seek help….
A little backstory back in 2018 I was seeing a counselor for a year and I was on an anti depressant for 6 mo. And I was told I had circumstantial depression…
But now I need to know where I should go to seek help… should I see a psychologist, psychiatrist or start with some counseling? # #idk #Stress #Depression #Selfblame #Selfharm #help

Motivational Monday: It Will Get Better

“You just have to remember that wherever you are at your lowest it will always get better.” - Victor Garber

We will all encounter low points on this health journey, but remember that it’s only temporary. With the right support and access to the care and treatment needed to manage your health conditions, it will always get better ❤️‍🩹

What do I do? I feel like I get one chance at everything and have little room for mistakes. Its bullshit! Like you get a job, you make a mistake, your fired. Then your always too damn busy you don't even have a life anymore. I am trying my absolute hardest but I feel like I don't have the patience to navigate through this and I feel like I'm worthless. Just because I feel like society are perfectionists. I make a mistake I didn't know about and next thing you know it your in trouble and potentially get fired. You need an absurd amount of patience just to get by! I'm 23 and I already want to quit! I need help. It doesn't help I have autism. Like it's legit anti autism and forces me to mask simply just to survive rather than simply take how I think into consideration. I think differently. Yet forces you to think like someone your not. It feels so ablist and I argue it's flat out ableism. #Autism #Work #Stress #Selfblame

Do you find that stress affects your BPD symptoms? Do you find it difficult to handle stress because of the BPD? #BorderlinePersonalityDisorder #Stress

It's a bit much #Stress

A lot happened last year which has leas to me being back living with my parents which as a 27yr old is not fantastic. I've been back 6 months and It won't take long for me and the other half to find a place. However the other half is currently trying to look for work and he has a lot going on mentally which I'm always very understanding and supportive. He is suppose to be staying with his nan until we find a place but he has been here with me most of the time. Now I love him and I adore spending my time with him but what I'm struggling with right now is the fact my parents house holds a lot of trauma for me so I'm trying to keep myself together mentally and I don't really have an escape from this house and I don't feel I can go anywhere especially while the other half is here. Its also affecting me trying to get into healthier habits. It's not that he doesn't want to go and sort himself with a job etc him being here for so long has been somewhat out of his control with trainstrikes and also illness etc but it's just a lot for me trying to keep myself as well as trying to be there for him and also working #tired #BorderlinePersonalityDisorder #BPDDiagnosis #Y  #BPD 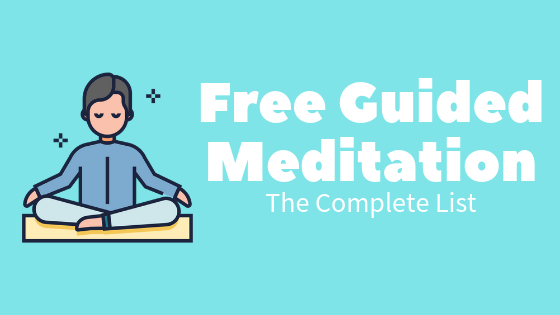 49 free guided meditation resources. There is something everyone from beginners, to those well practiced with mediation, and even for kids!