You may have PTSD/CPTSD if…

So I’ve noticed those with CPTSD and PTSD often report similar experiences. I hadn’t realized how typical my own were until I read others stories. So I thought I’d make a list of common shared experiences in those with PTSD/CPTSD…

#1 Your abusers and told you the abuse was normal and everyone does it ergo you’re being dramatic.

#2 You blamed yourself without even realizing it. Let’s face it we don’t walk away thinking it’s our fault clear as day. That’s illogical. But we walk away with doubts that eventually dig into our heads while we’re not even paying attention. The next thing we know we think we’re inherently bad and deserving of being treated as such.

#3 You switch back and forth from having sympathy for you’re abuser to believing they’re evil incarnate.

#4 You wonder if you’re too damaged to think for yourself. If you don’t have experience in what’s right then can you know what’s wrong?

#5 You avoid watching any movies or tv shows with extremely painful emotional expressions yet are strangely drawn to them.

#6 You wake up feeling panic and/or anxiety and expecting something terrible to happen to you every day.

#7 You struggle to set necessary boundaries with others because you worry they’ll reject you. Perhaps you feel you’re not worthy of boundaries.

#8 You don’t trust anyone and struggle with emotional intimacy. Perhaps you feel scared everyone is going to hurt you.

#9 You have chronic migraines, irritable bowels, and/or body aches all the time.

#10 You need to be in control of everything at all times so you know what’s up. Even things that to others seems inconsequential.

spiritual abuse x gaslighting | or am I making this up?

I was in church when someone said stuff that was really triggering and I screamed the f word at her. I proceeded to call her a rich spoilt brat who leeches off her parents 🙃

The reason I was triggered was bc in knowing that I'm unemployed & not drawing an income, she asked me to cut my expenditure by finding things I can do without - & when I mentioned my highest mandatory cost being therapy, she said "you know my stand on therapy .." which in a prior conversation years ago - she saw it then as something which does not produce lasting behavioural change as a man-made tool, the only way to produce lasting change is when God's Word changes you. She even cited herself by saying that in a down period, she prayed & cried with loved ones instead of seeking therapy. This was a few years back, I just came to realise the goalpost has since shifted.

We met the pastor - me, my two cell group leaders, & the person I called names at. It started as like a words thing for what I called her -- I'm not sure if it has entirely warped itself to spiritual abuse?

For other reference also: www.crossway.org/articles/10-things-you-should-know-about-ch...

This ^ article was very helpful, in particular points #7 & #9 . For disclosure, pastor took me out of my cell group as "punishment".

"9. Churches must take great care against abuses of discipline.

Church discipline can become abusive in a number of ways: leaving the decision in the hands of one or a few instead of the whole congregation; relying on regulated processes instead of individual pastoral care; being characterized by a fundamentalistic mindset that’s uncomfortable with the tensions which are inevitable in a fallen world and insisting that every problem gets tied up with a nice bow; or possessing an unbalanced and unbiblical concept of authority."

I call out on the spiritual abuse & I get -

"I would like to hold on to a biblical definition of repentance, rather than have individuals decide what it should look like and be unnecessarily distressed by various definitions."

Is this spiritual abuse + gaslighting?!?! 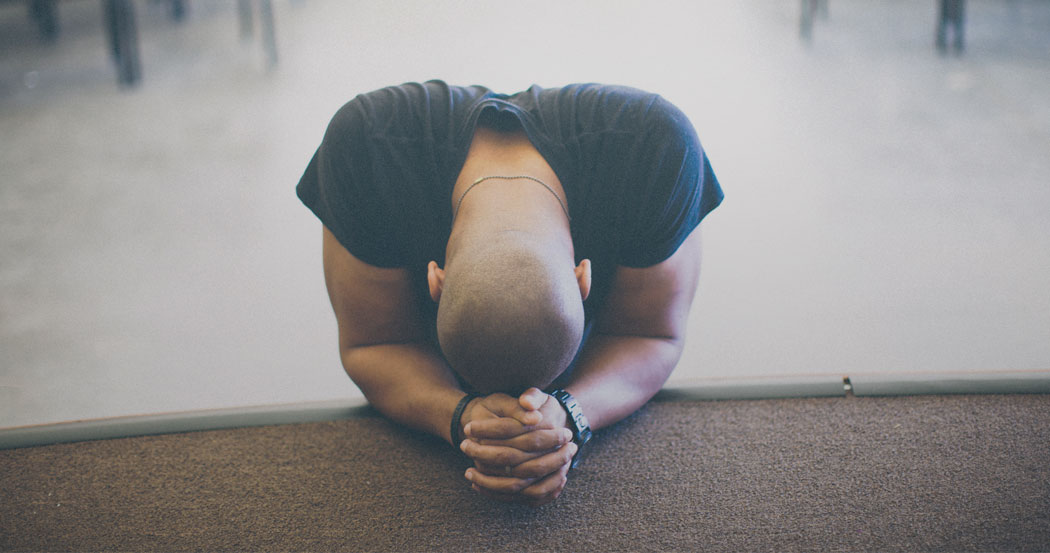 10 Things You Should Know about Church Discipline

Church discipline is not man’s idea, but God’s. Learn more about what it is why it's so purposeful in the Chrisitan life.
0 reactions • 3 comments
Total 0 •

As the year winds down, we wanted to take a moment to celebrate our 10 most-read Mighty stories from 2021. These stories collectively have been read by over 600,000 people from all over the world. That’s over 600,000 people who found stories that they not only resonated with, but were able to find comfort, resources, answers, and for some a starting point in their own health journeys.

Here’s #9 on the list in case you missed it: themighty.com/2021/01/anhedonia-inability-to-feel-pleasure-d...

Thank you to Mighty contributor Fairley Lloyd for sharing this piece with our community!

So not mental health related well kinda going to go see ff I guess #9 ? no clue anymore stopped caring after Paul Died anybody see it yet ?

Double dating with wifey and a few neighbors tonight going to see the new FF movie is it any good am I going to be entertained or aggravated? I’ve seen every one so far the last one annoyed me the films have become kinda corny and so detached from any kind of reality that it’s crossed over the line to annoying I know the original film was a remake from a 50s film betcha didn’t know that lol the 2001 film was about illegal street racing it’s so far past that now it’s unrealistic it never was to begin with Nitrous In reality isn’t flammable ughh I’ve promised my wife I was going i guess I’m just super anxious I don’t know our neighbors at all I don’t do well with new people in social situations I limit myself on purpose to avoid any bullshit BPD overthinking it’s just easier to close myself off anyway I just want to figure out what kinda night I’m in for

May we never forget this fateful day, a true test of America’s strength, resilience and most of all courage. #9 /11

What my son with special needs taught me 💔❤

Following is the list of the ten things out of many more which my special needs little boy taught me, its been three and half years that hes no longer with me,but still continues to teach me about resilience, hope,miracles and strength. #1 . MIRACLES HAPPEN: I started believing in miracles ,coz I got to see them quite often, the developmentally delayed hypotonic child who couldn't raise his neck at ten months became the wonder boy who would be jumping up and about. #2 . YOUR CHILD BECOMES YOUR BIGGEST STRENGTH: My son showed me courage like a warrior I never knew he could be,he taught me to over power week emotions,made me rational, more logical, made me aware of my inner strength, the harder it got the tougher I became. #3 : BE KIND:One of the best things he taught me was to Always Be Kind, at times he was laughed upon, made fun of, but he would always respond with a smile and would often say Sorry,I've learnt to say Sorry and Thankyou, sometimes a bit too much. #4 :STUBBORNNESS BECOMES YOUR FINE TRAIT :When you are living with a medically complexed child ,and you have all the other issues to deal with also,Stubbornness comes from within, you need to be head strong and stubborn. #5 : YOUR INSTINCT IS ALWAYS CORRECT: Even if it's a teeny tiny gut feeling Go for it,theres something super powerful about a Mothers instinct, even if the labs or scans tell differently, follow your gut instinct, it comes from the heart. #6 . YOU DONT PANIC ANYMORE: Even though the stormy waves will be gushing to and fro in your life,you learn to remain calm,not panic ,take charge, amidst , my sons dangerous seizures, with constant falls,cuts and stitches,I discovered the New Calm Me. #7 :YOU LEARN EVERY DAY HOW TO BE A BETTER MOM:Learning becomes apart of you,no matter how learned you are, your child gets to become your biggest teacher,you learn the lessons of patience, strength and unconditional love, your child will make you the advocate, you always wanted to meet. #8 :YOU WILL BE MAKING EXTRA ORDINARY NEW BEST FRIENDS:Along the journey of raising my little boy, I met similar and stronger moms,who continue to inspire me till date with their strength, wit and hope. #9 :YOU'VE GOT THIS: No matter what the world,or Google,or doctors or therapists tell you, You've always got this, You become your biggest support,every time you get knocked down,you'll stand up stronger than before. #10 . ACCEPT and LET GO: sometimes ,comes a point when the journey is also about braving through the most painful moment,After all the storms you've sailed through, you also learn to surrender, to the will of Al Mighty, You surrender and you let go, only for the memories to give you new strength.

9.
Q: I am a bit of a science geek, where is all this scientific proof that the fibers are keratin/collagen and grow from the patients own human skin? It seems that everywhere I turn on the internet, including Wikipedia, refers to the outdated flawed CDC report from 2012. Either that or the reports claiim this comes from chemtrails and go so far as saying this is from aliens and zombies.
A: If you are a super-geek you will be most interested in this scientific study from Europe:
link.springer.com/article/10.1007/s00403-017-1797-1
Otherwise, refer to this page at the Charles E. Holman Foundation which will provide you with a long list of links to many scientific studies over the years.
www.thecehf.org/morgellons-disease-research.html