It really sucks being mostly bedbound during my favourite season (fall). Looking forward to this season is what got me through the summer, with its intolerable heat and sun, the constant sweating, all of it. But now I can’t leave my house except for appointments, and I’m too ill in those moments to really enjoy much of anything. I do take photos though, every time I go for an appointment I take photos of all the interesting or beautiful things I see on the drive. I’ve now got lots of pictures of beautiful foliage, and it makes me happy to look at them.

We do have a view of some nice foliage from our apartment, but I can’t see any of it when I’m in bed (which is most of the time), just rooftops. It’s sad and disappointing , but I’m really trying not to dwell on what I can’t do. Instead I’m focusing on way I can enjoy fall right here.

I’ve been watching cozy fall movies and spooky shows, drinking apple cider, wearing soft sweaters when my temperature allows it, doing fall and Halloween related lists and things in my bullet journal (I keep my markers and journals by the bed), and looking at images online of cozy fall things.

It’s not much but so far it’s doing the trick.

Does anyone have other ideas of how we can enjoy the season from our beds or couches?

Why Do Our Friends Leave Us?

I'm sharing a previously posted story written on here from 4 years ago.

My very last 'surviving' friendship is now also drifting away out of my reach 😔. I hate the loneliness it brings.

Having one friend made everyone else disappearing more bearable. But how am I to feel now I am alone? no more bestie or 'solid' friendship.

Was it me? Am I too oppressive? Could I have done more?! - I'll never know.

To clarify, we had a 10 year friendship and we were each others 'best friend' she is my sons godmother. We were literally thick as thieves - could finish each others sentences, say the same things at the same time. She, my husband and I were the '3 amigos'

So our situation now is that she, and her new husband have moved to another town nearby. She's made new dear friends there,and has slowly weaned off me.

The last time she saw me it was for my birthday 2 weeks after it 😓 it felt like she was feeling awkward after a while. After she left, I never received the 'I really enjoyed seeing you 🥰' etc text message we would normally exchange - even though I sent one myself

What finally made me see it for what it is, is that I was meant to see her tomorrow. We planned this ages ago. But was told yesterday she cannot do the afternoon. Morning only. Then today got a message cancelling entirely

Once before I got sick there was a time where I was all she had, even when everybody left her due to a trauma she experienced, I supported her through.

I really thought after years of bullying and never fitting in due to Autism, I had found my 'forever friend' ❤️ for years and years our social media pages were constantly full of pictures of our 'adventures' and tagging each others names on posts. Almost announcing to the world what a close unbreakable friendship we had. It made me feel lucky and special🤦‍♀️ somebody liked me for me! I had never had a friendship this genuine before (i thought) I feel embarrassed to have felt this way now.

I know people who don't stick around due to illness aren't worth my time. Equally I know people can change and drift apart too, but I thought we were stronger than that?

But it doesn't change the hurt. Especially as this gradually happened over two years, feeling it slip away. Questioning if it was really happening? Surely not?! Then realising the truth, and the painful feelings of being alone, betrayal, of feeling replaced - as if I were a broken toy.

I feel very sad really. Especially as I am housebound, and cannot make friends offline.

Has anybody else been left totally alone other than their spouse/partner?
(im lucky mine is incredible)

This epitomises how I feel 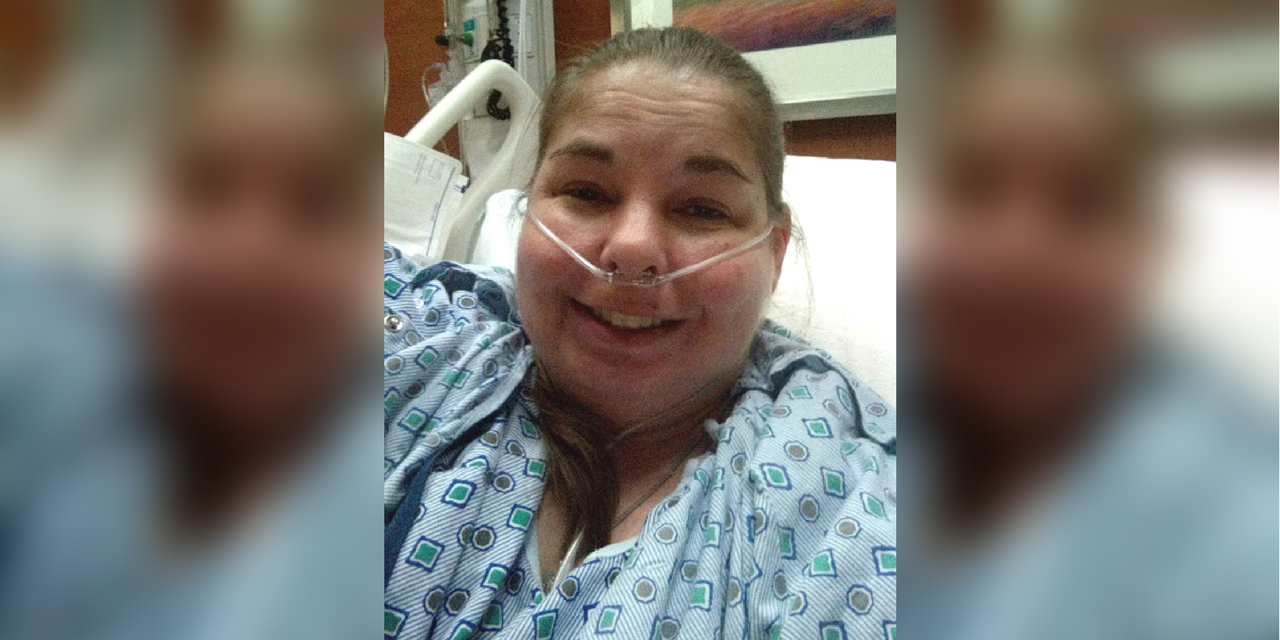 Dear Friends: Please Don't Leave Just Because I Have a Chronic Illness

"No, we can't do things like we used to... But, we are the same people inside that we always have been."

Missing Friendship - Can anybody relate?

Feeling a bit lonely today guys, can anyone advise? ❤

Probably like a few of you on here lots of my 'friends' abandoned me 2 1/2 years ago when I got sick.

I tried to stay positive as I had 3 separate girls who I thought were 'keepers' I've been hearing less and less replies from them over the past 6 months.

Yesterday I messaged all 3, and none have replied. I feel even more lonely then before I messaged them.

There's nothing worse than feeling alone, when having friends is something you want.

I don't even know where to find anybody new. I find myself talking too much to anyone now doctors, nurses etc. Just because I don't have anybody else. It hurts.

What is worse is that it's my 'best friends' and my 10 year anniversary since we met this month, we were literally so close this is something we would have celebrated. she doesn't seem interested. She was like my family but seems to have moved on with new friends, as she's moved to another nearby town.

When she does message me im always hearing about a 'friend' when I ask what she's been up to.

Messages used to be often but now it's always 'sorry I didn't realise I didn't reply' or 'sorry I didn't send a reply i typed' or 'I completely forgot to reply' daily now. Where she's obviously messaging others and forgets about me.

I just feel at such a loss. I'm lucky to have an amazing husband but it's not the same as girl time.

Can anybody else relate? Sorry for rant. Happy Sunday everybody lots of love xx

Who else has agoraphobia and would like to see some changes in how agoraphobia is treated in the mental health system? Who else has it all?? Feels very difficult to find real answers sometimes...can't find an exposure therapist or even minimum wage (currently below) remote work.

Nature is My Best Medicine

I’m a massive fan of getting out in nature when I can. It lifts my spirits tremendously and really helps me with my mental health.

But what about the days I’m in lots of pain, unable to walk well ? Many people find themselves through illness housebound and rarely able to get out. So does this mean they have to miss out on the benefits and beauty of nature? Absolutely not.

I’ve created this quick info graphic for some ideas but I’d love you to share your ideas on how to bring the outdoors inside so nature can be enjoyed by all.

I designed this Shawlette for Mother's Day and I have made quite a few but this is definitely one of my favourites! 😍 Hand dyed merino wool in a variety of cheerful colours! The design is called "Daydreamer" and I've designed socks and a hat to match. The hat pattern currently is with my test knitters and they are awesome! It will go on sale later this month 🧶
#yarntherapy #DistractMe #CrohnsDisease #Fibromyalgia #InterstitialCystitis #LivingWithPOTS #Ostomate #Anxiety #ChronicPain #housebound #mypassion #mydesign #loulabellaknits #daydreamer

I'm having a very hard time coping with anger, bitterness, resentment, and disgust.

I'm having a hard time staying aware, because seeing "how to cope" information is triggering, since that information was not readily available when I asked for it.

I'm having a hard time finding ways and places appropriate to express these strong negative emotions, to unpack them, or to process them.

I am feeling left behind, again.

As the world plays catch up with itself, desperately trying to learn skills as a community that I had to learn alone, our needs are again dismissed, my anger inappropriate, my criticisms too harsh, my existence, still, inconvenient.

Alone with my thoughts

It’s been a rough 2 weeks for me. I was diagnosed with BPD a year ago and I always knew something was up since I was a kid. But just in the last few weeks I have literally been alone for the time in my life. I have 2 boys that were taken from me by CAS for false charges and given to my mother in law. And now after 2 years my spouse has left me saying that I need to fix myself. My therapist even asked me what do I need to fix? That’s all everyone ever says to me anymore. I need to fix myself. So now I sit in my empty house, no kids, no spouse, alone with my thoughts. I am not a self harm type of person so I am not worried about that. I am just worried that I will go crazy. I won’t leave the house. I don’t know what to do anymore. #Goingcrazy #housebound #BorderlinePersonalityDisorder

I bury you, deep beneath the confines of my bones,
hoping that in time you’ll disappear
in the dust of a foreign country
whose Mother Tongue you speak so fluently.
I bury you, deep.
I bury you, deep within the shelter of my insecurities
how could I have known you’d make a home,
cushioned by lies and blanketed by stigma
your conniving whispers soon became my identity.
I bury you, deep inside the only country I’ll ever call Home
and you spread like wildfire.
An invisible disease,
that I could not control, could not articulate
yet still you waged a Civil War that could not be satisfied by famine
because you were hungry for blood.
You waged a Civil War
inside the country I should call Home.
You waged a Civil War
Inside a country I cannot escape/
/I buried you, deep underneath my consciousness
believing that if I didn’t give you attention you’d dissipate/
/but you used that time to your advantage...

This is what mental health MDD looks and sounds like. #MDD #Depression #housebound #Bedridden

Feeling massively trapped - housebound - MDD is very debilitating but often people don’t see it - we hide in the shadows or put on a “happy face”. This is real. youtu.be/1x8TQM1UdKs