Being “Labeled” with Schizophrenia: My Journey Through, to Help Change the Narrative

About eight months ago, I was diagnosed with schizophrenia. At the time, receiving this diagnosis broke me - I thought my life was over. My main and only symptom that "qualified" me to be slapped with this "label" was: auditory hallucinations.

The onset of my hallucinations came about two years ago when I had a psychotic episode where I had almost no insight into my own mental health. This was extremely challenging for someone like myself, who is a nurse by training, and a loyal mental health advocate. I'd known and learned to manage some of my more generalised mental health symptoms before (because we all have them at times in our lives), but I didn't think I was ever a "candidate" for symptoms like this.

During this episode, I believed strongly that people were filming me in my bedroom and bathroom...that people in my neighbourhood were Air BnBing houses to people who were stalking me, just to put fear into me and my life. I thought ASIO (Australian Security Dept.), and the army were crawling around in my roof cavity. It was severe.

I even went so far as to contact a lawyer and the best QC in Western Australia as I wanted to take legal action against these people. The hallucinations I was having all came in the form of screaming voices of people I know - so I actually contacted friends to let them know my legal team would be in touch with them to protect them, because others had committed identity theft - in order to scare me. It wasn’t until later I realised there was nobody to take legal action against - my brain was playing tricks on me.

I told Eric from #SameHere , who I'd been friends with for five years, through the advocacy world - and some other friends about this, with the belief that it was actually happening. Eric got so worried about me that he called my local police station in the country town I live in, in Australia, to do a wellness check, all the way from New York where he lives.

My hallucinations had completely taken over my sense of reality - they WERE my reality. It was only after they stopped and I came out of this episode, that I realised how obscure they were...and traumatising. To this day I’m still haunted by that episode. But fast forward a couple of years and I am now in a place, through therapy and my own hard work, where I can detach from the auditory hallucinations I get, and see them for what they are - SYMPTOMS of my mental health. That's right - Schizophrenia is just a label for the symptoms I have - just like anyone else has symptoms of their own mental health - insomnia, ruminating thoughts, heaviness, emotional numbness, etc. The label isn’t who I am. The label isn't who you are.

When I get auditory hallucinations now I am completely aware that they aren’t real. I can sit back and listen to them without judgement of myself because I know they are false. The theme is always the same - that someone has set up a camera in my room and is recording everything I do, down to the medications I take. They also record what I’m writing on my phone or computer, like they can see everything. This is where through my healing journey I've learned to rationalise and tell myself that nobody has a camera set up, the voices are hallucinations (unless there are tiny people living in the walls :)), nobody can read your phone or computer and nobody is out to get you. There is nothing tangible about them - like when you have a conversation face-to-face with a friend - that is tangible as they are right in front of you. Auditory hallucinations are not tangible and being able to see them for what they are has totally changed the way I deal with the SYMPTOMS of this label, I've been given, of Schizophrenia. I am able to go about my life "normally" because I have learned to tame the symptoms - much like other people can do - with their own mental health.

My symptoms exist on a spectrum, like everyone else's mental health. There are many others like me who can completely detach from the hallucinations, and live with, and manage them for however long they last.

It isn’t easy getting to that place of insight, but I promise you that if I can do it, you can too. Think of your hallucinations as negative thoughts and let them go...just like we learn to do with other mental health symptoms. Realise you are in control of your mental health and you will get through this. And don’t be fooled by the label of Schizophrenia or any label for that matter. It’s just a word in an attempt to classify similarities…it’s not who YOU are. We are all human. We all struggle. We all have symptoms. Let's all work together, not allow ourselves to be separated by buckets.

What labels fit your personality?

I've written in the past about the kinds of labels that feel pathologizing. But if I'm honest, I'm also obsessed with personality quizzes. Not that I use them to make any important life decisions, but when they feel like they fit, they can be interesting glimpses into the ways in which I behave.

Do you enjoy taking personality quizzes? If so, which ones do you like and how do they reflect your story? 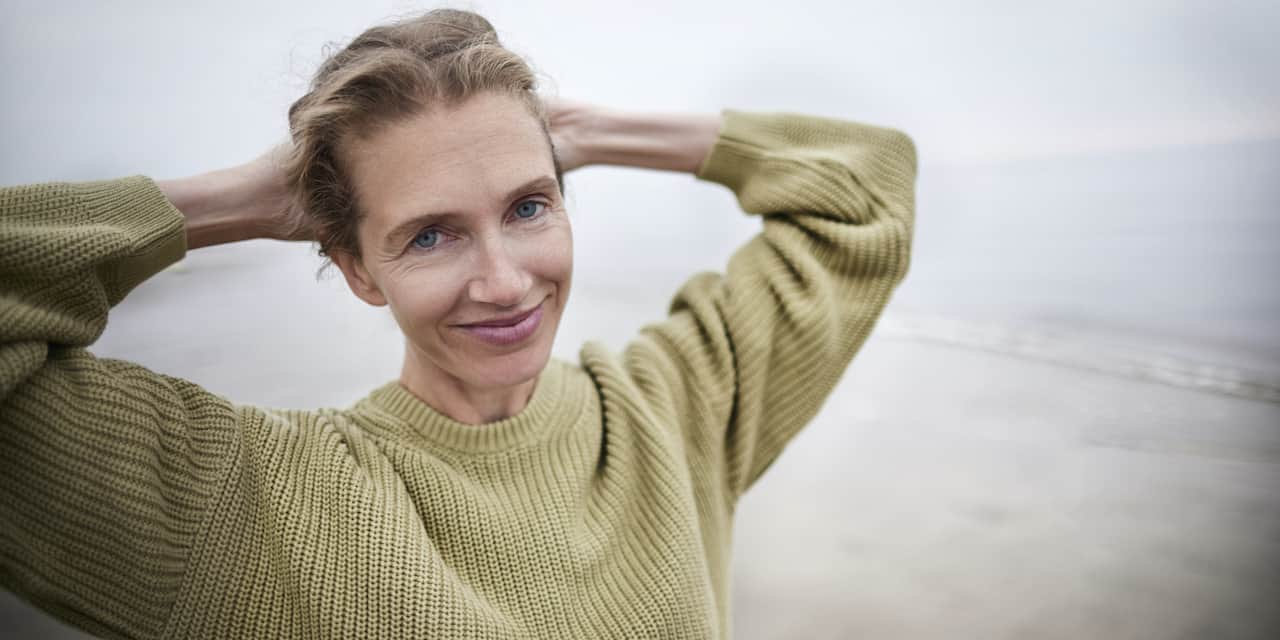 How These Labels Help Me as Someone With Complex PTSD

"It can be helpful to identify your unique labels and how they show up for you when you're overwhelmed."<br />
0 reactions • 15 comments
Total 0 •

I am so tired of the labels. Those that people give to me, those I hear about others- the definitions that people associate with the labels they freely hand out.
Each time I talk to a professional it’s a new diagnosis... ASD, C-PTSD, BPD, MDD, SAD, Bipolar... I mean what other letters of the alphabet do I need that can somehow explain ‘me’. And what does that truly tell anyone?
I am constantly thinking- how do I fit this mold, how do I show those symptoms, why do they say these things?
I just want the labels to go away- I want to be seen as me... not a diagnosis that no one can actually define #Labels #PTSD #BorderlinePersonalityDisorder #Depression #justwanttobeme

I made this video to express how we get tied down by all the labels society and ourselves put on. I hope you can absorb the wisdom in it.

If you do enjoy the video I would super appreciate it if you comment, like on the actual video.

#Trauma #Therapy for #PTSD 1st time really “ready” to open up with #Psychiatrist at 37 #childhoodtrauma #abuse #neglect #fearofabandonment #psychologicalabuse from a father that I would describe as #CharlesManson with a #TheBible in one hand and #Alcoholism in the other. In addition to a family that #rejected me completely so much so that on both sides of my #Divorced #Family I had rules that if I walked in the room within one minute all of my cousins had to leave my #physical presence because I was just #different but never had #behavioral #Problems just major misunderstandings and what seemed like a lot of #bad luck because of the many #Labels that seem to get stuck to me throughout the years in public #Education . So I was sent to live #alone with my #Father at 11 on a #cult like farm with no access to the outside world (no modern technology including TV, Radio or Phone) and he #brainwashed me as a #Child to never speak to anyone or they would lock me up and throw away the key or call me a liar and ignore me completely. So I have major #Trust #issues and have no clue where to begin when I see my #Therapist via video this week. I also have #ADHD with a #mind that is #hyper #creative and #super analytical seems like a #Gift and #Curse when expressing my #Thoughts and #Emotions #help #Advice #ParanoidThoughts

I created this video as a way to heal and spread awareness. We are not our thoughts or beliefs, who we are is a deep presences that can't be understood by the mind but can be felt with the heart. #Selflove #selfcare #Meditation #Awarness #freedom #Identification #Ego #soul

I have been going through a rough time lately and have relied heavily on negative coping skills, particularly self-harm.

I was at a doctor's office today and the nurse saw my wounds and scars and whispered to her supervisor, "Looks like we have a cutter on our hands."

Despite my anxiety in talking to authority figures, I spoke up and said, "No ma'am. looks like you have a human being going through a hard time and coping the only way she feels she can. hope you treat her with the respect she deserves."

She had the decency to look ashamed and give me a half-hearted apology.

I hope she treats the next patient who struggles with self-harm with respect and dignity.

More than that, however, I hope everyone here who struggles with self-injury reads this quote and feels empowered, validated, and above all, loved!!

You are more than the labels you are given.

You are a WARRIOR in the battle against mental illness and injustice.

You deserve nothing less than respect and. compassion. ❤

Defining ourselves by our conditions #Stigma

How much do we define ourselves, and let others define us, by our mental health conditions? #Labels

I’ve never considered myself to be someone suffering from chronic illness, despite having nearly debilitating migraines for years. It’s a hard label to swallow, and the even harder one for me is that of being disabled. Chronic migraines are legally a disability, and that isn’t something I ever thought I’d call myself.

Why I'm Not Defined by My Chronic Illness

Until quite recently, I have avoided thinking too much about chronic illness and it’s impact on my life. I didn’t want to become “one of those people.” You know, those people whose chronic illness or disability becomes the soul of their identity. I thought it was either/or. I didn’t understand that identity could be a spectrum [...]